The man was loading canisters of water into a car trunk, which the military may have mistaken for explosives 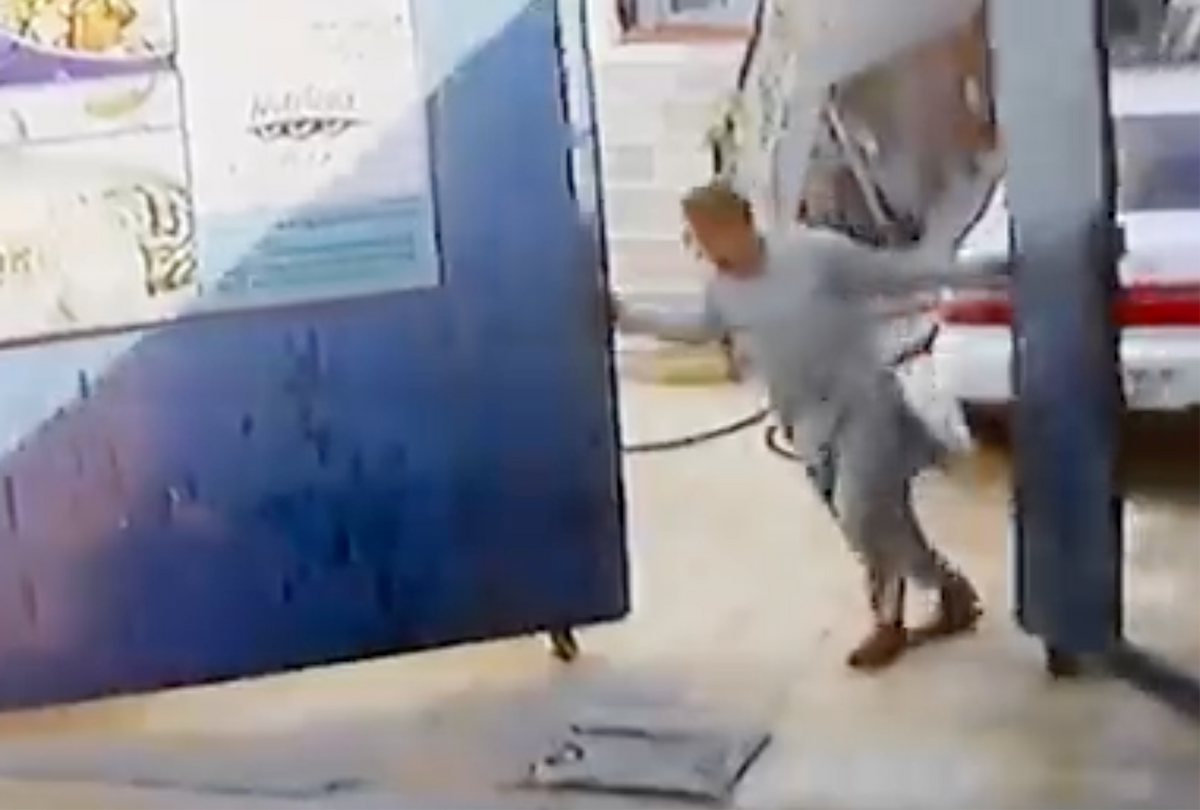 In a frame from video obtained by The New York Times, a man closes a gate after pulling his car into a courtyard. (Screenshot via New York Times)
--

Referring to it as a "righteous strike," the U.S. Military carried out the last known drone strike in Afghanistan on Aug. 29, claiming they were targeting an ISIS suicide bomber who posed an imminent threat to U.S. troops. But a new report from The New York Times says that it was a case of mistaken identity that killed a U.S.-allied aid worker along with other innocent people.

"Military officials said they did not know the identity of the car's driver when the drone fired, but deemed him suspicious because of how they interpreted his activities that day, saying that he possibly visited an ISIS safe house and, at one point, loaded what they thought could be explosives into the car," the Times reports.

"Times reporting has identified the driver as Zemari Ahmadi, a longtime worker for a U.S. aid group," the report continues. "The evidence, including extensive interviews with family members, co-workers and witnesses, suggests that his travels that day actually involved transporting colleagues to and from work. And an analysis of video feeds showed that what the military may have seen was Mr. Ahmadi and a colleague loading canisters of water into his trunk to bring home to his family."

Additional reporting from The Intercept's Murtaza Hussain highlights suggests the U.S. lied about the incident to cover up the fact the innocents were targeted.

"[U.S. Central Command] claimed in its statements about the strike that there were secondary explosions on site, implying the car was full of explosives when hit. Reporters who visited scene found no evidence of this. It appears to have been a lie to cover-up killing an innocent family," Hussain tweeted.

Read the full report over at The New York Times.