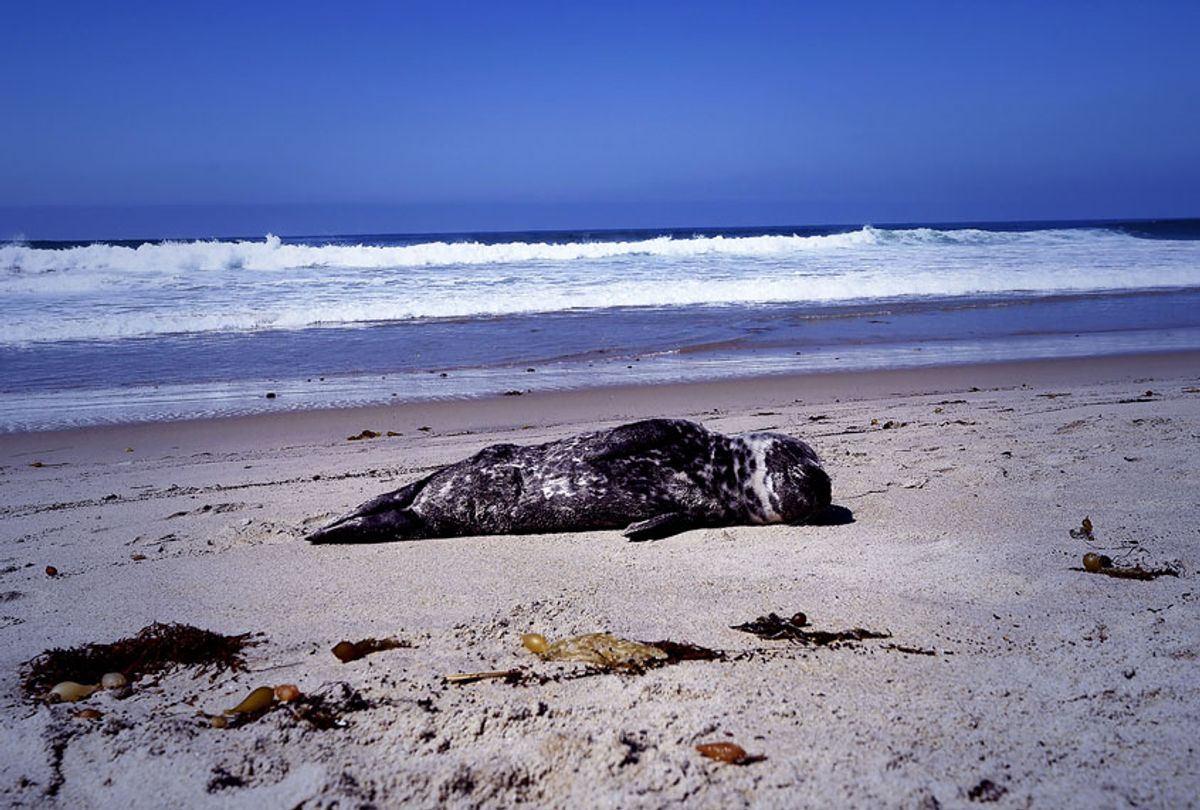 An owl hit by a car, a bobcat caught in a trap, a sickened seal on a beach — wildlife rehabilitators are usually the first to provide medical care for injured or ill wild creatures. But their critical emergency services can also reveal bigger threats to wildlife — and potentially people.

That's the findings of a new study about an early-detection surveillance system being piloted in California that's designed to analyze near real-time information from hundreds of wildlife rehabilitators and trigger alerts when unusual patterns of illness or death are detected.

The Wildlife Morbidity and Mortality Event Alert System is the result of a collaboration among researchers from the University of California, Davis, School of Veterinary Medicine, the California Department of Fish and Wildlifeand the nonprofit Wild Neighbors Database Project.

"There are so many disciplines that have come together to develop something unique," says Pranav Pandit, a veterinary epidemiologist at One Health Institute at U.C. Davis. "We're using machine learning, computer science, epidemiology and wildlife health."

But the confluence of these multiple expertise wouldn't have been possible without work that began years ago by Devin Dombrowski and Rachel Avilla, cofounders of the Wild Neighbors Database Project, who developed the Wildlife Rehabilitation Medical Database in 2012.

With their database now being used by more than 950 rehabilitation organizations in 48 U.S. states and 19 countries, it provided the groundwork for the new alert system, which has been up and running in California for a year.

During the pilot project, the system found several anomalies that signaled emerging health threats and triggered investigations by the California Department of Fish and Wildlife. One of those was domoic acid, first detected in several species of birds in Southern California. The marine biotoxin can also affect shellfish — and sicken or even kill people who eat it.

"It's bad for wildlife, as well as humans," he says. "So when wildlife start showing the symptoms, having a very robust surveillance system is also good for public health."

Making those connections between wildlife health and human health are a crucial part of the surveillance system. One of the things researchers look for are "sentinel species," which can provide early warnings for diseases that also affect people.

For example, crows and other members of the corvid family can signal the presence of West Nile virus.

"They can show early signals of that outbreak even before the outbreak has happened in humans," says Pandit.

There's also the danger of infections jumping from animals to humans. As we all know too well with SARS-CoV-2 — and Ebola and others before that — infectious disease in wildlife can be serious threats to human health, too.

One antidote to that is better protections for wildlife. Another, of course, is not being afraid of animals that can be carriers of the diseases, says Pandit.

"If we really want to stay healthy, we need to maintain the ecosystem balance really well and we should nurture biodiversity in birds, bats and other mammals," he says.

Furthering the reach of the WMME Alert System is also in the works. Pandit says they're talking with other interested state and regional wildlife organizations, as well as some international ones that would like to see the system expanded.

"We are also constantly trying to find additional resources so that we can fund our servers, develop new models, make sure the data is secure and continually validate the model [when we go into a new region]," he says.

The other important component is continuing to recruit more rehabilitation centers to make sure the system provides the best representation of the population health of that region.

An expanded surveillance system, along with protecting biodiversity Pandit says, would be good for wildlife and people.