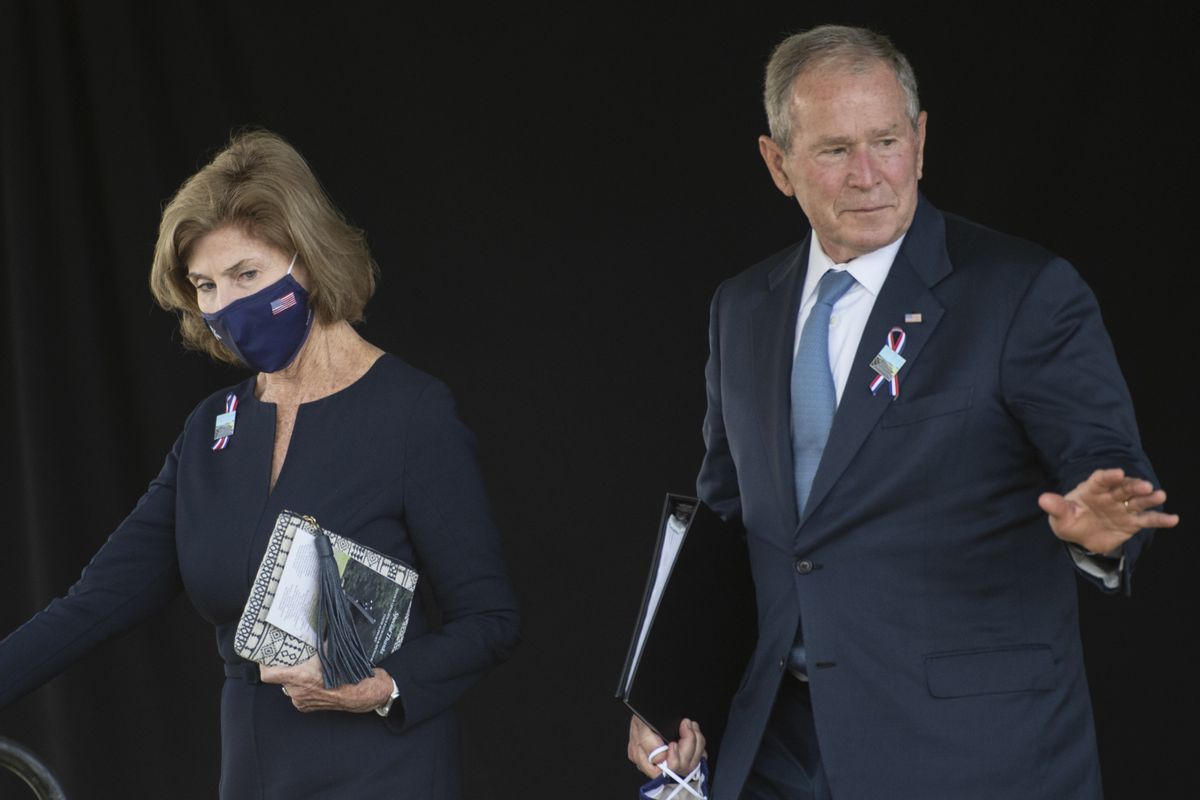 Former President George W. Bush and Barbara Bush walk off stage at the Flight 93 National Memorial commemorating the 20th anniversary of the crash of Flight 93 and the September 11th terrorist attacks, on Sept. 11, 2021. (Noah Riffe/Anadolu Agency via Getty Images)
--

Former president George Bush appears to have struck a nerve on Saturday after he called out domestic terrorists during his 9/11 remembrance speech, saying there is little difference between them and the religious extremists who killed nearly 3,000 people during the attack in 2001.

During his speech in Shanksville, Pennsylvania the former president noted, "There is little cultural overlap between violent extremists abroad and violent extremists at home. But in their disdain for pluralism, disregard for human life. In their determination to defile national symbols they are children of the same foul spirit and it is our continuing duty to confront them."

Despite the fact that Bush never mentioned Donald Trump or the January 6th insurrection and riot that followed his speech at a "Stop the Steal" rally, conservative gadfly Jack Posobiec lashed out by saying Trump supporters were being attacked.

According to Posobiec -- an editor at Human Events who was one of the conservatives who pushed the "Pizzagate" conspiracy that was an article of faith among QAnon followers -- Bush was out of line.

Taking to Twitter, he wrote, "Disgraced fmr president George W Bush is using the 9/11 memorial to say Trump voters are the same as the radical jihadists who attacked 20 years ago This is who he is."

He then followed that up with a series of tweets attacking Bush -- which you can see below: