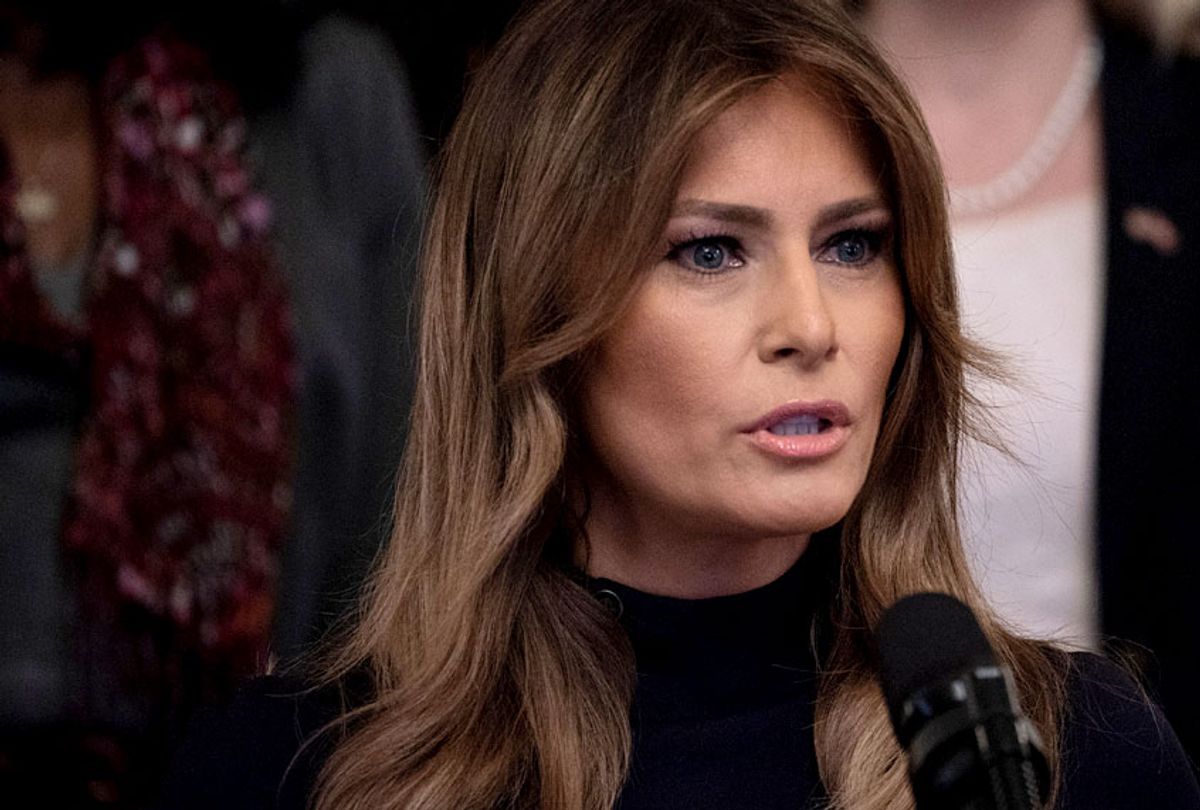 Stephanie Grisham, a former White House press secretary notorious for refusing to hold any press conferences, is now gearing up to spill beans on her behind-the-scenes stint working for the Trump administration.

In her much-anticipated book "I'll Take Your Questions Now: What I Saw in the Trump White House," experts of which were obtained by Politico, Grisham is expected to unleash a wave of bad publicity around her time in government, with particularly unflattering portrayal of the former president and his wife, Melania.

"There isn't enough water on earth to contain the fire she could set to all of Trumpworld, including parts like the first lady's orbit," a source close to the publication told Axios. "It's hard to articulate how much anxiety this is going to cause."

Another source echoed this point to Politico, saying that "Stephanie has secrets about Trump that even the first lady doesn't know. Secrets that he doesn't want her to know. They will be in this book."

Donald and Melania Trump's relationship has been the subject of much ridicule and rumor, with many speculating that Melania Trump never had any interest in assuming her former title as first lady.

In her book, Grisham reportedly describes Melania Trump as "the doomed French queen," adding that she was "dismissive," "defeated," and "detached."

According to Politico, Grisham resigned from her post following Melania Trump's response to the Capitol riot, when Grisham asked the former first lady: "Do you want to tweet that peaceful protests are the right of every American, but there is no place for lawlessness and violence?"

"No," Melania Trump responded, reportedly more concerned with a photoshoot for a rug. She instead instructed her aide to  "see what the West Wing does." It was "within hours" of this response that Grisham stepped down.

Politico also reported that Melania Trump whole-heartedly believed in her husband's baseless claims of widespread election fraud, so much so that she rejected an opportunity to meet with then-incoming first lady Jill Biden.

A spokesperson for Melania Trump told Politico that Grisham's book is "an attempt to redeem herself after a poor performance as press secretary, failed personal relationships, and unprofessional behavior in the White House." The jab is particularly noteworthy in light of Politico's reporting on the relationship in reference:

Her mention of "failed personal relationships" appears likely to be a reference to Grisham's past relationship with former Trump aide MAX MILLER. Citing three people familiar with the incident, POLITICO Magazine reported in July that the relationship "ended when he pushed her against a wall and slapped her in the face in his Washington apartment after she accused him of cheating on her." He denied the allegation.

"Through mistruth and betrayal," Trump's spokesperson added, "she seeks to gain relevance and money at the expense of Mrs. Trump."

Grisham served as Trump's White House press secretary for just under a year, starting back in July 2019. She came third in line just after Sean Spicer and Sarah Huckabee Sanders.