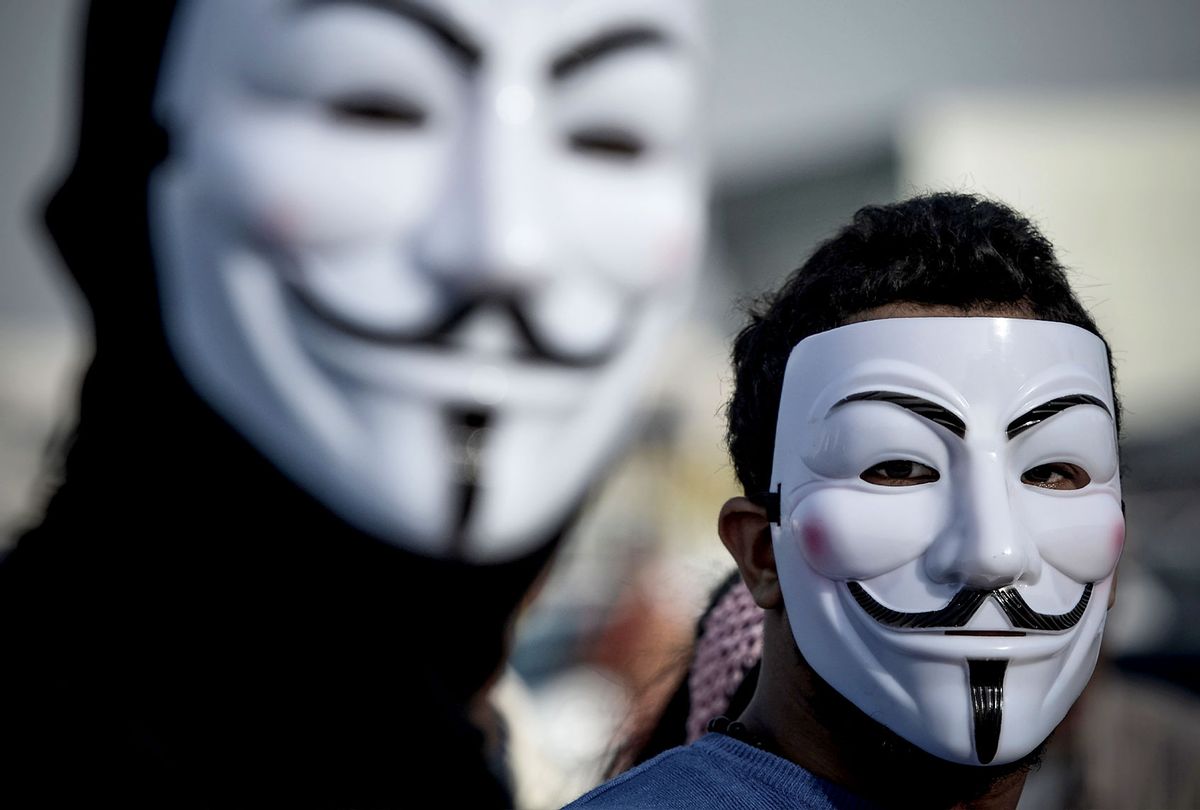 The Texas Republican Party's website is back up after being penetrated and commandeered over the weekend by hacktivist group Anonymous, who used the site to protest the state's embattled abortion ban.

According to the Dallas Morning News, members of Anonymous replaced the site's webpages with pro-choice and anti-Republican rhetoric, posting the words "Planned Parenthood" and "Ted Cruz is the Zodiac killer," an internet meme that first surfaced back in 2015.

The attack is apparently part of a long-term crusade dubbed "Operation Jane," launched earlier this month to disrupt the enforcement of the Texas' new abortion law. The measure makes it illegal for Lone Star residents to provide or recieve an abortion past six weeks into pregnancy – before most women even know they are pregnant – and deputizes private citizens to sue offenders for at least $10,000.

"Texas: Taking voices from women to promote theocratic erosion of church/state barriers," the site read for several hours, according to an Internet Archive screenshot. "We are committed to taking away all the rights of women so we can live our prosperous, Bible-thumping dream."

The Texas Republican Party reportedly regained partial control of their website by Monday, releasing a statement on its website:  "While the nation paused over the weekend in remembrance of the 20th anniversary of 9/11 the Republican Party of Texas website was hacked."

"Pro-abortion activists targeted us because of our strong support for the Heartbeat Act," the party added. "This attack adds to a growing list of actions by the radical left who tries to silence anyone that disagrees with them."

The cyberattack comes just after right-wing group Texas Right to Life's website "https://prolifewhistleblower.com" – which allows Texas citizens to report anyone who receives or aids abortion – was flooded with a deluge fake tips, an effort ostensibly led by users on Reddit, TikTok, and and Twitter.

Many submitted names of fictional characters from the Marvel Cinematic Universe as well as the entire script of Bee Movie. One TikTok user developed a script that automatically generated fake reports, according to The New York Times.

The site https://prolifewhistleblower.com was reportedly dropped by domain hosts like GoDaddy and Epik, but has since reportedly found one as of last week, according to the Dallas Morning News.

Despite the cyber efforts against the bill, abortion clinics have by and large complied with the state's new law, mass-cancelling appointments and denying their services after six weeks into pregnancy