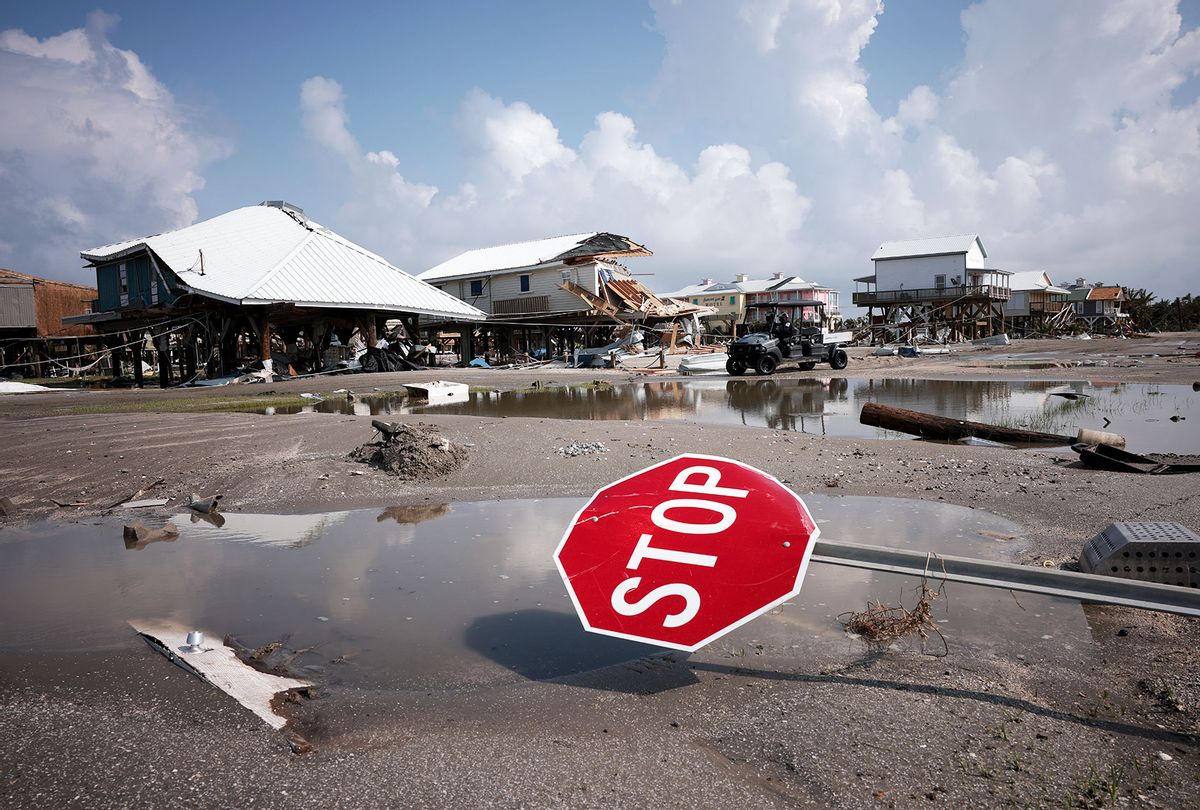 President Biden says he will put the full power of the government behind Hurricane Ida recovery, but unless he makes good on his promise to centers equity and racial justice in this effort, as he and his administration have vowed to do, the government will fail in its recovery efforts — and only worsen the racial wealth gap in this country

We all remember the pictures of the Lower Ninth Ward in New Orleans after the federal levees protecting the city failed in 2005 — a majority Black, working-class neighborhood devastated by the failure of neglected infrastructure. Families still haven't been able to return home, years later. Redlining, years of disinvestment and systemic racism have burdened communities of color with higher poverty rates, lower property values, inadequate infrastructure and increased exposure to industrial hazards and the impact of climate change. Those in homes with lower property values in disinvested communities are oftentimes unable to navigate the bureaucracy of the federal government and other non-federal recovery efforts.

A longstanding legacy of discriminatory policies and practices in disaster-recovery funding makes the recovery of many frontline communities, particularly communities of color, nearly impossible. We have seen this process occur over and over: A disaster hits, and relief goes to more affluent white communities while communities of color suffer, even when those communities are in the same city. These families are pushed deeper into poverty and thus more vulnerable to the next disaster.

The current system, created for middle-class families, has proven to be inaccessible for low-income communities. Following a disaster, filing for FEMA assistance is one of the first steps survivors are expected to take. But without computers, internet access or the ability to wait for hours on overloaded phone lines, low-income survivors often come up short in receiving direct relief funds. The  barriers go beyond individual assistance. Even after the program designed to help New Orleanians recover from Hurricane Katrina provided a clear example of how basing recovery aid on the value of a home perpetuates discrimination, disaster recovery is all too often directly tied to property values and the ability to navigate the byzantine bureaucracy of both federal and non-federal recovery funding mechanisms. Disaster relief efforts have become a mechanism to exacerbate wealth inequality instead of one that meets its most basic purpose — providing economic relief to those who need it most.

Numerous reports, including some conducted by the federal government itself, have outlined the flaws in disaster relief funding:

Natural disasters widen racial wealth gap: "Whites accumulate more wealth after natural disasters while residents of color accumulate less," said Jim Elliott, a professor of sociology at Rice University and one of the authors of the report. "What this means is that wealth inequality is increasing in counties that are hit by more disasters."

Following Hurricane Harvey, white residents in higher income communities received an average of $60,000 in FEMA assistance while Black residents in low-income communities received an average of $84. Low-income survivors of Hurricane Harvey are still living in unrepaired and unsafe houses, and their neighborhoods still don't have adequate infrastructure to protect them from flooding.

The American disaster recovery system is broken and the federal government knows it. FEMA's own National Advisory Council Report found that the agency does not meet the equity requirements of federal disaster recovery or civil rights laws. "The core definition of equity is to provide the greatest support to those with the greatest need," the report states, yet "[t]hrough the entire disaster cycle, communities that have been underserved stay underserved, and thereby suffer needlessly and unjustly."

The flagrant disregard for equity and the civil rights of communities of color that make it harder for these communities to receive assistance from disaster recovery funding sources also makes it harder for smaller, less affluent and rural communities to access federal disaster recovery programs. Fidelity to the entrenched, discriminatory way of doing business absolutely hurts communities who are hit the hardest and have the hardest time recovering from natural disasters. Furthermore, it holds the country back from mitigating future disasters. So how do we ensure that federal funding works for those who need it most?

In the aftermath of Ida, Biden must elevate disaster recovery as a key piece of the administration's racial equity agenda, reorient infrastructure programs so that resources are directed to historically underfunded areas — instead of valuing property over people's lives — and require FEMA to center low-income communities for access to both its housing and infrastructure recovery programs.

If we don't make these changes and create an equitable system of disaster relief that centers the communities with the greatest need, our country will be stuck in a perpetual state of recovery — and we will never get to the finish line. It benefits everyone to address the racial inequities in our federal funding programs. President Biden has an opportunity to turn the page on decades of failed disaster assistance.

Chrishelle Palay is the director of Houston Organizing Movement for Equity.