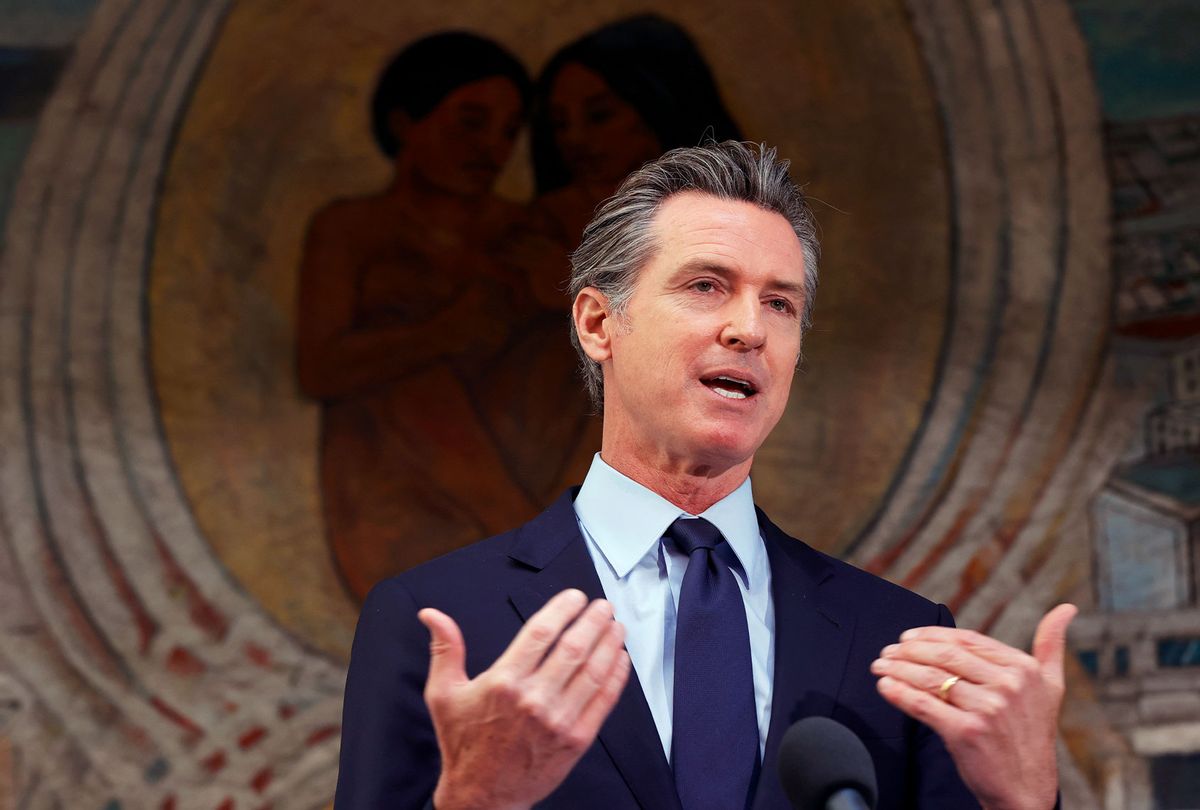 With 59% of precincts reporting, the Associated Press called the election for Newsom with 66.8% of voters — far above the requisite simple majority needed to survive — voting "No" on the question to recall the governor. It looks like the recall effort was not even close.

"Tonight I'm humble, grateful, but resolved in the spirit of my political hero: Robert Kennedy."

Far from striking a celebratory tone, Newsom acknowledged that his victory is tempered by a "spirit of reconciling" with the Californians — led by Republican leaders in the Golden State — who voted to oust him from office.

The recall was originally launched back in June of last year due to grievances over Newsom's handling of the COVID-19 crisis, which ravaged a number of high-density cities throughout the state, namely Los Angeles. Frustrations grew largely out of Newsom's decision to quickly enforce public health precautions, like mandatory school shutdowns and business closures. However, Newsom implemented these measures with a relatively on-again, off-again approach, leaving many Californian parents and business owners upset over the lack of state consistency.

The effort reached fever pitch back in November, when Newsom was exposed dining out at a Michelin star restaurant in California's wine country, apparently flouting his own COVID-19 guidelines. By April of this year, state officials announced that the recall effort garnered enough signatures (1.5 million) from California voters to prompt an official ballot vote.

California voters were faced with 45 different candidates in the election, with Larry Elder right-wing talk radio host Larry Elder as the frontrunner by way of polling and fundraising.

Elder has a past besieged by controversy. Throughout the years, the host has made numerous incendiary comments about women, race, and LGBTQ+ issues, once even suggesting that the descendants of slave owners should benefit from reparations. The radio host has also been accused of sexual harassment on multiple occasions.

Elder has repeatedly backed Donald Trump's baseless claims of widespread election fraud, and this month propounded similar skepticism about the California gubernatorial recall election – of which he is a part – telling voters to expect election "shenanigans."

"We may have defeated Trump but Trumpism is not dead in this country," Newsom said after the race was called for him, describing the past year as a "remarkable moment in our nation's history."

Newsom's attempted recall marks the second of its kind in the state's history when it comes to recalls that reached an election. According to The New York Times, state budget officials estimate that the total price tag of this year's recall hovers around $276 million. The Times reported that Newsom raised a total of $70 million to fend off the recall, allowing him to saturate the airwaves with far more advertisements than his competitors.

Expectedly, policies around COVID-19 remained hot button issues in the recall election. Over the last year, Newsom has aggressively pushed for pro-vaccine policies, mandating a vaccine requirement for K-12 public school staff and other state employees.

Newsom first entered public office back in 1998, when he filled a vacancy in San Francisco's Board of Supervisors. Later, at 36, he was elected as the youngest mayor in the city's history. He earned a reputation as a progressive princeling back in 2004, when he ordered a city-county clerk to issue marriage licenses to same-sex couples back in 2004, just four years before the 2008 passage of Proposition 8.