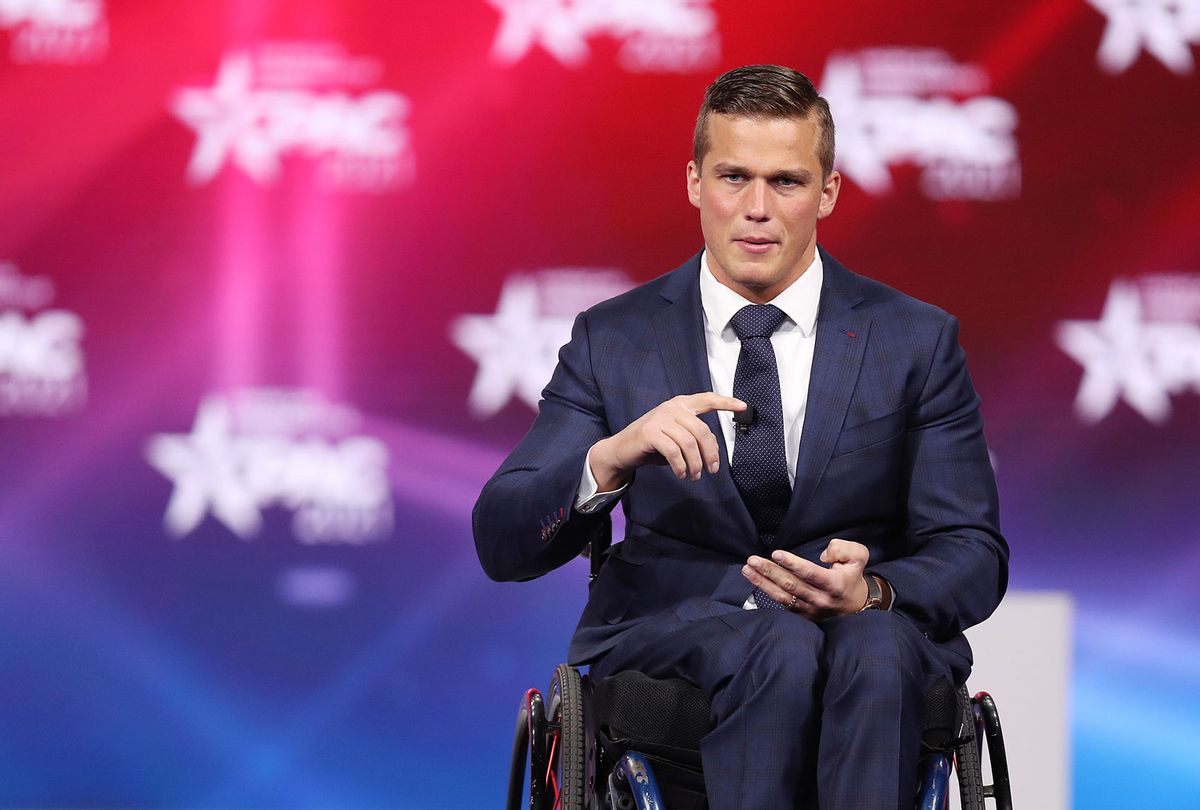 A Democratic candidate running against Rep. Madison Cawthorn (R-N.C.) claims the freshman congressman brought a weapon to a school board meeting, according to Citizen Times.

On Monday, September 13, Jay Carey took to Twitter with a photo of Cawthorn attending a meeting for the Henderson County Board of Education. During the meeting, the lawmaker criticized the COVID-19 mandate, but Carey noticed Cawthorn had what appears to be a knife.

"(Rep. Cawthorn) must have feared for his life, seeing as he brought a knife to the meeting," tweeted Carey, a resident of Hendersonville.

Speaking to the Citizen Times, Carey offered a brief assessment of what he saw. The Democratic candidate made it clear he is "100% certain" Cawthorn had a knife in his possession.

"I'm 100% certain it was a knife," he told the Citizen Times. "I was 20 years in the military. Attention to detail is my bread and butter and what kept me alive."

"The weapon allegedly smuggled into the Henderson County board of education meeting by [Rep. Cawthorn] has been identified as a MicroTech Borka Blade, beloved by mall ninjas worldwide," the Super PAC tweeted.

"Allowing a member of Congress to flout the laws of North Carolina should not be tolerated," Wheeler said.

Under North Carolina state law, Cawthorn could be facing a criminal misdemeanor for the weapon. The publication reports: "Bringing a knife to an 'educational property' is a Class 1 misdemeanor, according to North Carolina General Statute 14-269.2 "

You can find more information at the Citizen Times.