Joe Biden's road show: A big win in California, but there's trouble ahead

Biden clearly understands the danger of the Trump insurrection. Whether he can defeat it is a different question 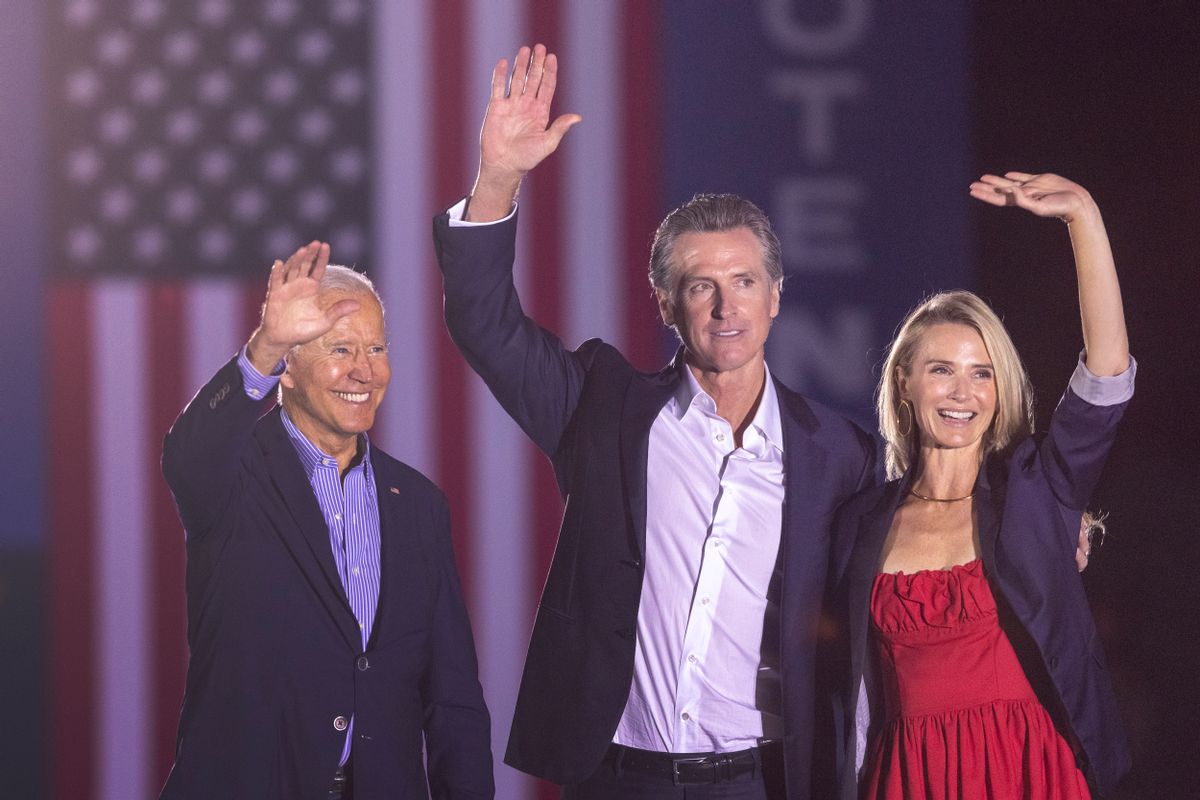 Joe Biden took his presidency on the road this week trying to address a variety of divisive issues facing the country, including but not limited to the pandemic, infrastructure, Afghanistan, China and the creepy former president who will do anything to try and stay in the daily news cycle.

Donald Trump's ability to be mentioned is clearly tied to him spewing foul rhetoric so bereft of facts and reality that you would take it as an SNL parody skit — until you realize it's Trump and he's simply bat-guano nuts. He has stepped up his rhetoric with multiple press releases in any given news cycle, reminding us forever why it's so nice he's no longer on Twitter. His many rants against getting vaccinated while claiming responsibility for creating the "Trump vaccine" gives most of the sane world the impression he is the political equivalent of a toddler in a high chair throwing food around to get attention.

But millions respond to Trump's antics because they agree with Trump, are envious of the attention he receives or perhaps are compromised in ways that would make a contortionist blush.

At the end of a long day of multi-state travel on Monday, Biden found himself in Long Beach, California, to stump for Gov. Gavin Newsom, who faced a recall election and addressed some of the stupidest things Trump and his minions continue to say about the ongoing pandemic.

The Trump minions had been particularly vocal about Newsom and were pushing to oust a governor who has sided with the CDC and science in dealing with the coronavirus pandemic. And, as one Trumper told me on Monday night, "We just want to wipe that smirk off of his face."

In retrospect, the recall was a long shot. Biden nonetheless wanted to help drive a stake through the hoary heart of the California Trumpers, specifically, and national Trump supporters in general by helping to make sure Newsom wasn't recalled.

Biden landed on time at the Long Beach airport, appeared at the top of the stairs of Air Force One with a grin, walked stridently into "The Beast" — his modified automobile of choice — avoided shouted questions while the travel pool stood by a jet engine shooting photos and the local press stood in a pen 30 yards away doing the same.

Biden's detractors love to say he has low energy and diminished mental faculties, but after a long day of cross-country travel and several personal appearances on Monday, that wasn't evident. A small number of supporters showed up to greet Biden at the airport while more than a thousand showed up at a nearby college where he spoke. A handful of Trump supporters showed up to chide Biden for doing so.

The president seemed in his element even at the end of a long day and rose to the challenge of defending Newsom, while at the same time mocking those who question science.

By Wednesday morning, it became apparent Newsom would prevail and Biden issued a statement that didn't mention Trump specifically but did criticize the former president and his militantly ignorant acolytes:

This vote is a resounding win for the approach that [Newsom] and I share to beating the pandemic: strong vaccine requirements, strong steps to reopen schools safely, and strong plans to distribute real medicines — not fake treatments — to help those who get sick. The fact that voters in both traditionally Democratic and traditionally Republican parts of the state rejected the recall shows that Americans are unifying behind taking these steps to get the pandemic behind us.

Biden and his team are using the California recall as a way to reassure the country they are on the right track and America is turning the tide on Trumpism.

But, even some of the president's own people don't believe that's true.

"If we can get this result in the Bible Belt in the midterms, then I'll be convinced," one senior official told me privately.

The fact is, as NPR's Tamara Keith pointed out in a tweet, that Trump is "throwing spaghetti against the wall," and baselessly cast doubt on the integrity of the recall. So did some of Trump's minions. And while there is no evidence that such malarkey occurred, there is also no evidence Trump or his zombies will rest with the California defeat.

Indeed, the few pro-Trump protesters I saw Monday in California parroted some of the same talking points from the former president spit out at me on Sept. 23 of last year, when I asked him ahead of the election if he would accept the results, "win, lose or draw."

"We know there's problems with the ballots already," a Trump supporter told me outside the Long Beach college where Biden spoke at Monday evening. "You can't trust anything the Democrats do."

Trump continues pushing his "Big Lie" and in so doing gaslights the entire country and gets a fair number of people to question the cornerstone of our democracy: free and fair elections. Like a cancer that metastasizes, this Trump fantasy is still growing and multiplying.

That I saw it and heard it in California — where the Trumplicans are isolated and nowhere close to a majority — is a frightening indication of how this narrative likely plays in places like Florida where there are far more voters sympathetic to Trump, or anywhere else where Trumplicans are in the majority.

It's true that after a while, speaking logically, when someone always questions the results of the election merely because they keep losing, it starts to sound like the complaint of a sore loser. But Trumpers are not known for their logic.

And while Biden's extended foray into the hinterlands of the Midwest and California may help, part of Biden's problems continue to be of his own creation.

Writing in Roll Call this week, John T. Bennett blamed the Biden administration for "Poor planning. Shoddy messaging. Stubbornness at the top," and equated some of the worst Biden missteps with some of those made during the Trump era.

This week's Biden road show shows he's well aware of that, or at least of the need to reach out and bind the wounds created by the GOP and Trump. It also highlights how real and dangerous these wounds are — and how impervious to reason, science and common sense the Trumpers are.

Even as California voters responded to the threat of abandoning common sense plans to battle the pandemic, Trump zombies continued to pump out sewage condemning mandatory vaccinations and wearing masks and attacking scientists for their efforts to control the pandemic.

These zombies remain a scourge, and Newsom beating a recall vote in California is not the panacea some believe it to be for what ails our country.

It is cause for hope and cautious optimism, but it also highlights the hard row to hoe that lies ahead and the need for more from the current resident of 1600 Pennsylvania Avenue to combat the blistering, arrogant ignorance that has infested the country and our politics.