"The situation is dire": An explosion of COVID cases in Idaho prompts hospitals to ration resources 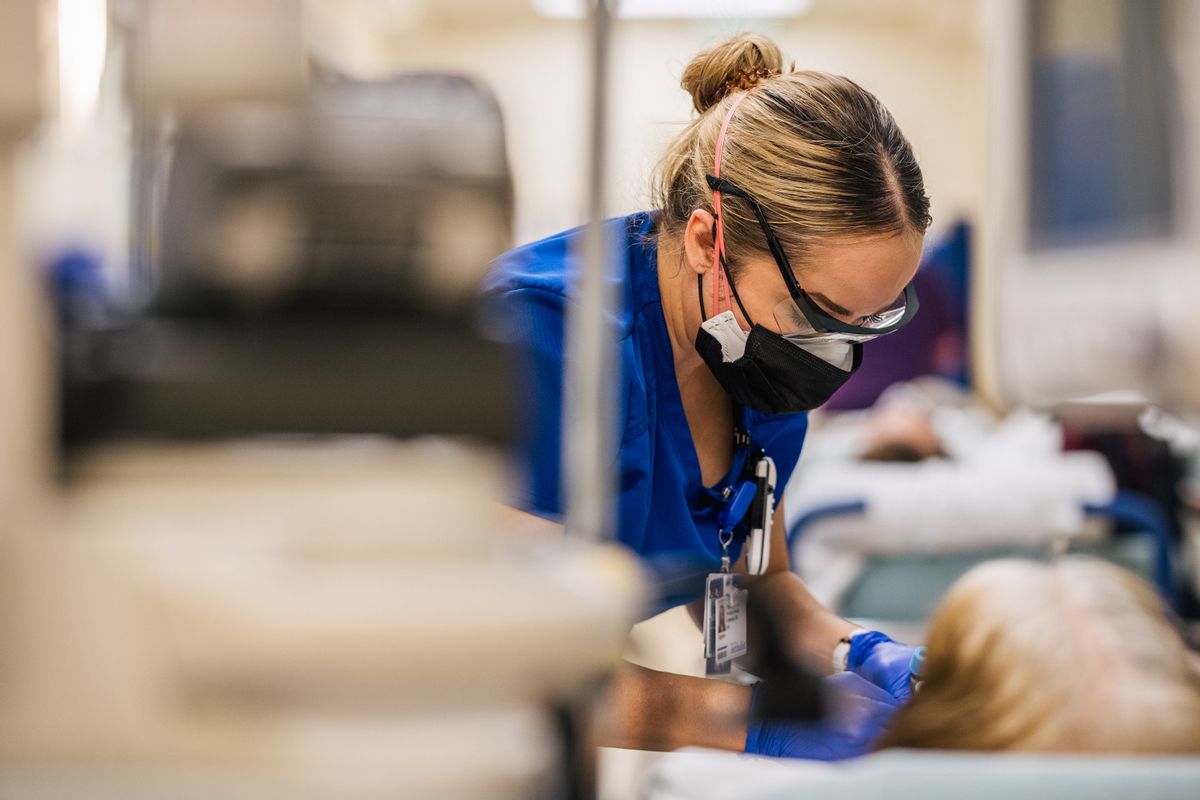 An Emergency Room RN tends to a patient in a hallway at the Houston Methodist The Woodlands Hospital on August 18, 2021 in Houston, Texas. (Getty Images)
--

Idaho state officials announced "crisis standards of care" for hospitals on Thursday amid an unprecedented wave of new COVID-19 cases, allowing the state to start rationing healthcare resources if the need arises.

The announcement comes just after St. Luke's Health System, Idaho's largest hospital network, revealed that its facilities were operating at capacity amid a shortage of resources, according to the Associated Press.

"It's just nonstop trying to find placement for these patients and the care that they need," Brian Whitlock, the president and CEO of the Idaho Hospital Association, told NBC News. "It really is a minute-by-minute assessment of where beds are open, and hospitals saying we don't know where we're going to put the next one."

"The situation is dire," Dave Jeppesen, the director of the Idaho Department of Health and Welfare, echoed to The New York Times. "We don't have enough resources to adequately treat the patients in our hospitals, whether you are there for Covid-19 or a heart attack or because of a car accident."

Idaho, which is currently seeing 600 new cases daily, has one of the lowest vaccination rates out of any state in the country — with just 40% of its residents inoculated – right above West Virginia and Wyoming. State data on Monday showed that 678 people were hospitalized statewide with coronavirus.

According to NBC News, critical standards of care allow health care providers to make tough calls about how to distribute resources between COVID-19 patients. This may mean that patients with the highest chance of survival will be given ICU beds and ventilators.

"We have reached an unprecedented and unwanted point in the history of our state," Little said.

Primary Health Medical Group, Idaho's largest independent primary care and urgent care system, had to shorten its operating hours last month because its staffers were so overworked, AP reported. Three of the company's clinics had to restrict their operating hours to weekdays only.

The average age of admitted patients has also significantly decreased since last year. "It's a much younger population losing their lives to COVID-19 this year," said Kathryn Turner, the state's deputy state epidemiologist, according to the Idaho Statesman.

State officials believe that the surge has not yet peaked.