So, what is ungardening anyway? 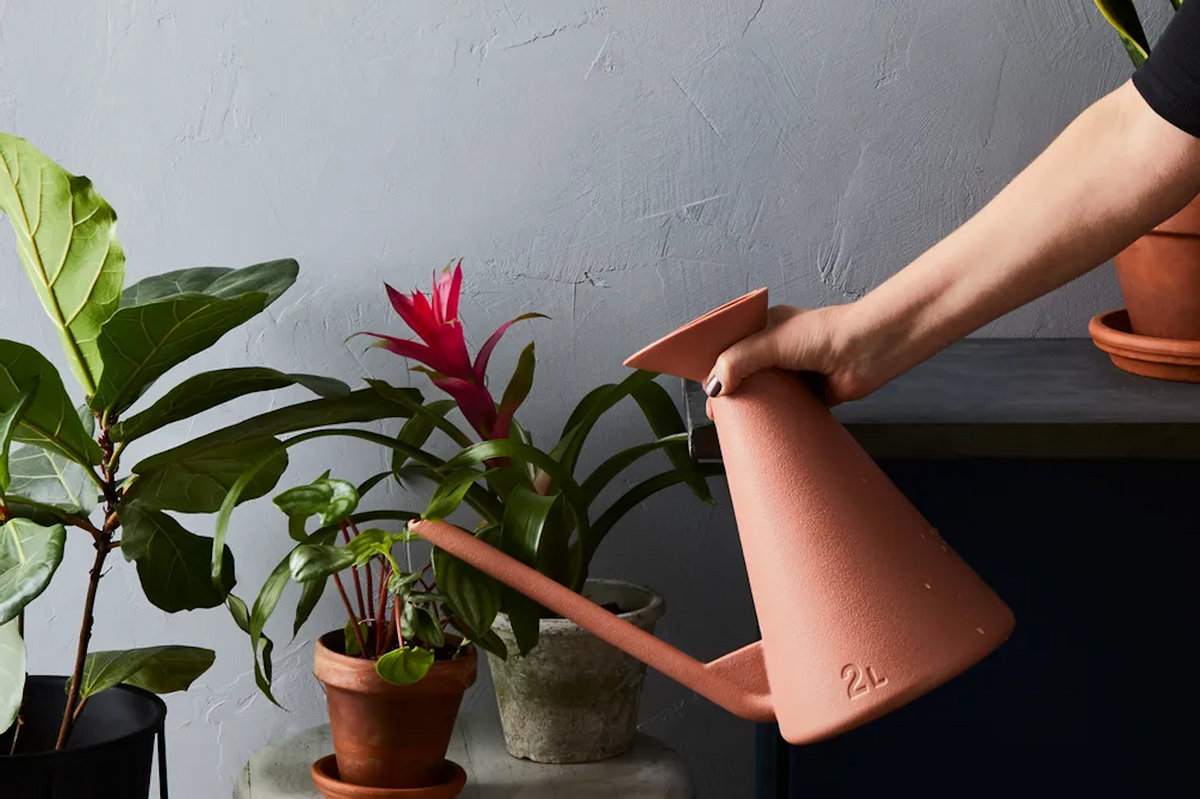 While I consider myself lucky to have a beautiful outdoor space to call my own, the entire property is absolutely riddled with Oriental bittersweet. This invasive vine manages to strangle (and often kill) every plant it comes in contact with — we've lost full-grown, 100-year-old trees to it — and it's near impossible to get rid of once it has a foothold.

Given how awful this plant is, I was shocked to find out that some nurseries actually sell it as an ornamental plant. In fact, it's fairly common to find invasive species and non-native plants in garden centers, and while they might look pretty — bittersweet gets festive red berries with orange shells in the fall — these plants aren't great for our local ecosystems. That's where "ungardening" comes in. We spoke to an ecologist about how this new gardening movement can help reverse ecological decline and build habitats for local wildlife, and it turns out that it's perfect for anyone with a laissez faire gardening style (like me!)

The concept of ungardening, sometimes also called "rewilding," encourages you to let go of your perfectly manicured flower beds and lawn, and instead, embrace native species and let things get a little wild.

"Ungardening is the concept of using the ideas and techniques of natural land management and restoration in our own yards, instead of the conventional landscape methods," explains Aubree Keurajian, an ecologist and the owner of Ungardening Native Plants in Connecticut. "This includes planting native species, removing invasive species, and stopping the use of pesticides, but it goes further, bringing the focus to creating habitat not just for pollinators, but for lots of beneficial organisms."

So instead of using a non-native grass for your lawn (we're looking at you, Bermudagrass!), which will likely require weed killers and lots of water, ungardening would encourage you to let a native grass variety, clover, or another native ground cover take over. Or, instead of altering your soil to grow specific varieties of flowers, choose native blooms that will thrive without any amendments or pesticides.

The end result is a more eco-friendly habitat that's every bit as beautiful: "When done properly, gardening can help to reverse ecological decline and create a welcoming enviornment for pollinators and wildlife," says Keurajian. "If you find joy in any part of nature, be it plants, insects, mushrooms, birds, or anything else, ungardening an area will undoubtedly bring more of it into your life."

Not sure you're ready to hand your whole property over to Mother Nature? Start small! "It doesn't have to be an all or nothing process," Keurajian says. "You can start ungardening just a small portion of your property while maintaining more conventional flower and veggie gardens and even lawn area."

Wait, so what are these invasive species?

One of the key steps of ungardening is kicking invasive species to the curb — but what does that term mean, exactly? An invasive species is any plant (or animal, or insect) that's introduced to a non-native area — aka somewhere it wouldn't be on its own. When left unchecked, invasive species often become overpopulated, and they can negatively alter the new environment, such as the way bittersweet, a plant native to China, causes strife in North America.

"Many plant species that are invasive now were introduced intentionally for the garden industry, many horticulturally, but some culinarily and agriculturally, as well," says Keurajian. "Three of the most common ornamental species that are actually invasive are burning bush, privet, and barberry, but there are dozens of others." She notes that what's considered invasive will largely depend on where you live.

Here's how to get started ungardening

Personally, I have a laidback gardening style and tend to let my gardens do what they want, so ungardening sounds right up my alley. If you want to try it out yourself, Keurajian breaks down the key steps of ungardening as follows:

It may seem a little overwhelming, but you don't have to do it all at once. "The first place to start is with removing invasive species and stopping the use of broadcast pesticides and herbicides," she recommends. "Use local resources to determine what species are invasive in your area. There are plenty of introduced species that play fairly well with others, and there's no need to bite off more than you can chew. "

"Next, designate an area that you want to ungarden, and just let things grow! Manage invasive species and trim the edges to keep up appearances if you want, but otherwise let the plants and critters do what they want and just observe." As new greenery springs up your ungarden, Keurajian recommends using the Seek by iNaturalist app to help with plant identification.

When you embrace this more natural way of landscaping, you'll likely find that Mother Nature is a wonderful gardener, and local birds, insects, and other critters are sure to appreciate your efforts, too.