Evangelical theology is what made the Texas abortion outrage possible

I entered the evangelical church hoping to change it. Instead, it got worse — and now it's changing America 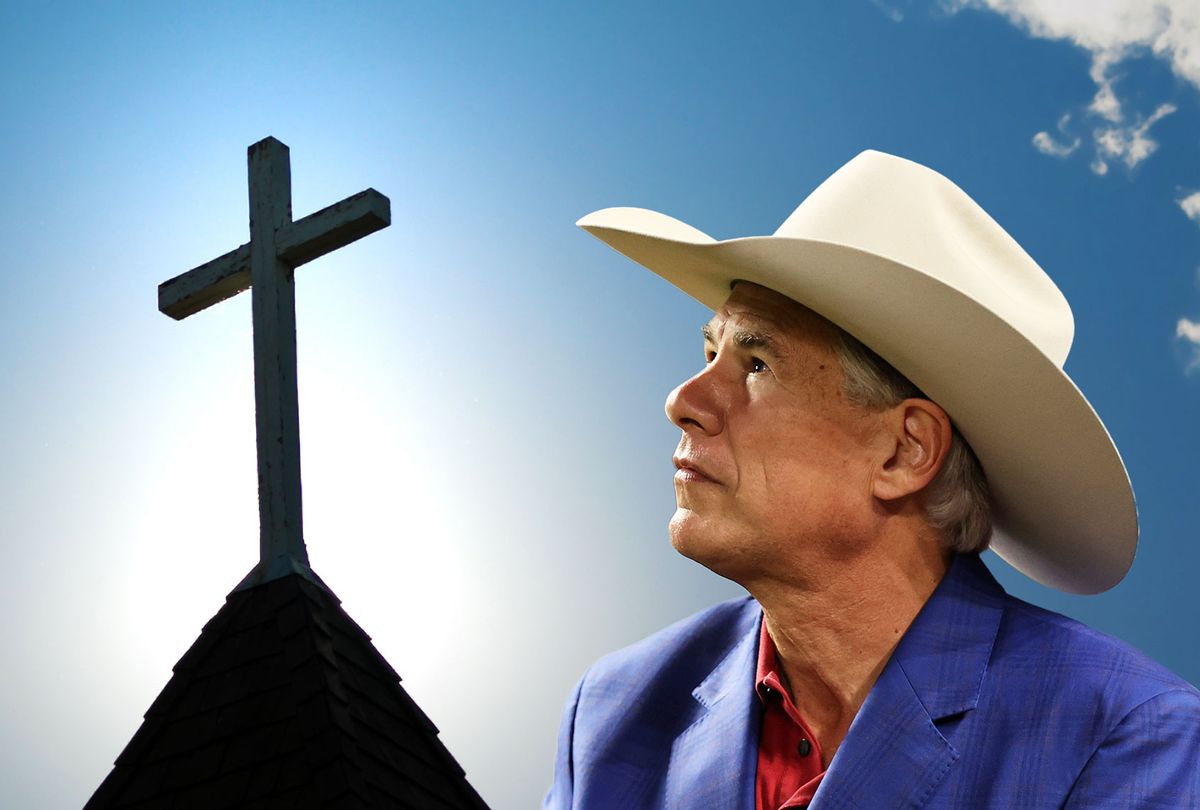 During my undergrad years at U Mass Dartmouth I had the great privilege of being mentored by Dr Juli Parker, who was director of the Women's center, now called the Center for Women, Gender, and Sexuality. It was there, more than 20 years ago, that I was shown a small piece of what so many women face in this country. As the only football player volunteer at the center, I observed two very different worlds. The football locker room, with men saying some pretty awful things, and Dr Parker explaining the truth around sexual assault, abortion rights and the regular fight for equality that women face every day.

I felt a strong calling to ministry and I attended seminary, which, oddly enough, was an environment that sounded a little like the football locker room. I was hoping to change minds within the evangelical church. I failed, and 20 years later the evangelical church is stronger and more committed to prohibiting women the most basic right to decide what happens to their own bodies.

Evangelicals won a great and terrible victory with the recent Texas abortion law, but the plan was started more than 50 years ago. Millions if not billions of dollars have spent, and hundreds if not thousands of Republican politicians have come along as supporters, and the goal has been achieved: Tearing down Roe v. Wade. The plan was basic enough: Pack the Supreme court with enough judges who would be willing to ignore the rights of women. To do this, the evangelical church needed to support any politician who was willing to condemn abortion as murder, and willing to promise they would appoint anti-abortion judges.

And when I say evangelicals were willing to support anyone who said those things, I mean anyone. That means Clarence Thomas, a man credibly accused of sexual harassment. It means Brett Kavanaugh, a man credibly accused of attempted rape, as well as of being too unstable for a post on the Supreme Court. It means supporting Donald Trump, a pig who has been accused of sexual assault by numerous women. Nothing could stop evangelical support for Republican politicians, as long as they were willing to attack Roe v. Wade.

Defending things like the rights of the poor, welcoming the foreigner, healing the sick and promoting peace were all ignored for this one purpose. Now the evangelicals have won what I hope is a temporary victory, but a terrible victory nonetheless. In the words of Christ, "You blind guides, straining out a gnat and swallowing a camel!" These modern-day hypocrites have won a victory for themselves while ignoring everything it means to be a follower of Christ. I am disgusted. If Christ did return, it would be these evangelicals who would hang him on the cross again. They are the evil that Christ warned his followers about long ago.

Their unhealthy teachings have hurt this country's progress towards equality and manipulated generations of Christians. Their influence has been harmful all along, but this is different. The law has changed, and I can promise you that in church after church, congregations are gathering to celebrate this "victory" on abortion rights in Texas. And Texas is just the beginning. More states will follow this blueprint, and the Supreme Court appears willing to turn a blind eye to the rights of women.

Evangelicals are celebrating with no concern for the lives this law will affect or the message it communicates. This isn't just Trump saying another stupid thing, or an offensive proposal, or another display of ignorance on display. This is an enacted law denying the rights of women to control their own bodies — and it was dreamed up and strategized by the evangelical church. Without evangelical theology this entire thing would be a non-issue.

Evangelical churches certainly aren't fighting to make their believers take the COVID vaccine. Pastors are adamant that this is a free country and we can all determine what happens to our own bodies. Unless, of course, you are a woman, in which case the church stops talking about fundamental American rights.

Whether I watch Fox News or CNN, everyone agrees that the Taliban's severe crackdown on the rights of women in Afghanistan is a terrible thing. The U.S. promotes itself as a democracy not a theocracy like the Taliban regime. I understand that evangelicals will see this comparison as unfair, but it is still a matter of people of faith using that faith to limit the rights of a group of people, using the strong arm of government.

I have no words of affirmation as I would normally when discussing other political and religious issues. These evangelicals have simply gone too far. I feel compelled to encourage those outside the evangelical church to stay away from it. If you are caught up in that mess, get out. Leaders of the evangelical church are blind guides leading you into the devil's trap. I thank God for a guide like Dr. Parker and her years of commitment to the fights that need to fought. I try to honor the time she spent with me by doing what I can to change some minds, and through them perhaps some. Politics is not my expertise, but my advice to President Biden is simple: Pack the court! Never mind precedent and tradition, or how it looks to your enemies. Just do the work to protect your nation's citizens.