"Make no mistake, the goal is to force extreme, outdated, religious-driven values on all of us through the courts" 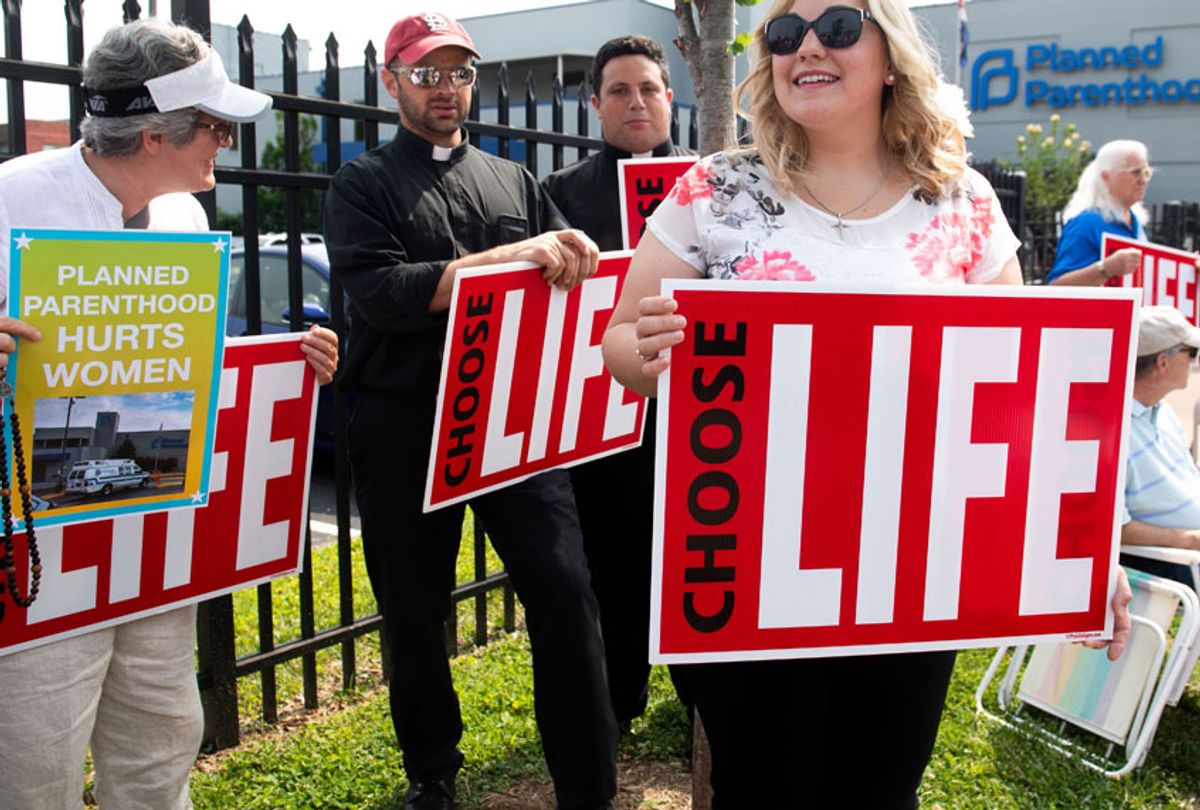 Advocates for reproductive freedom and LGTBQ+ equality on Saturday pointed to a legal brief filed in a U.S. Supreme Court case that could soon overturn Roe v. Wade as a crucial example of the broader goals of those fighting to end abortion rights across the United States.

"It's never just been about fetuses. It's about controlling sex," tweeted Muhlenberg College assistant professor Jacqueline Antonovich, a historian of health and medicine.

Both Antonovich and Elie Mystal, The Nation's justice correspondent, responded to a portion of the brief flagged by New York University School of Law professor Melissa Murray that challenges previous rulings from the country's highest court on not only abortion but also LGBTQ+ rights.

"Of course" the so-called "right to life" movement is also coming after cases that established key LGBTQ+ protections, said Mystal, "because it's never about 'life' and always about 'Christian fundamentalism.'"

The amicus brief that Murray highlighted—co-authored by the architect of a new abortion ban in Texas—urges reversing Roe, the landmark 1973 ruling that affirmed the constitutional right to pre-viability abortions, and the related 1992 case Planned Parenthood v. Casey.

The brief also takes aim at Lawrence v. Texas, a 2003 case that overturned homophobic state sodomy laws, and the 2015 equal marriage case Obergefell v. Hodges, suggesting that the court should not "hesitate to write an opinion that leaves those decisions hanging by a thread. Lawrence and Obergefell, while far less hazardous to human life, are just as lawless as Roe."

Zack Ford of the progressive group Alliance for Justice said Saturday that "this is hardly surprising. Conservatives know they've got the Supreme Court in the palm of their hands and they'll ask for anything and everything, including the return of sodomy laws. Remember, ALL anti-LGBTQ and anti-choice views stem from the same desire to control bodies."

The alarm over the brief—submitted for Dobbs v. Jackson Women's Health Organization, a case about a Mississippi abortion ban that the high court is set to hear this term—came exactly one year after the death of liberal Supreme Court Justice Ruth Bader Ginsburg.

The high court's majority sparked concerns about how justices will rule in the Mississippi case by letting a contested Texas law take effect earlier this month. Just one piece of a historic GOP assault on reproductive rights this year, Texas' Senate Bill 8 not only bans abortion at six weeks but also empowers anti-choice vigilantes to enforce it—which, as the U.S. Justice Department explained in its lawsuit challenging the measure, is an "unprecedented scheme" intended to make it harder to strike down in court.

The legal mind behind S.B. 8, Jonathan Mitchell, "has spent the last seven years honing a largely below-the-radar strategy of writing laws deliberately devised to make it much more difficult for the judicial system—particularly the Supreme Court—to thwart them," according to The New York Times.

A former Texas solicitor general and clerk to the late Supreme Court Justice Antonin Scalia, Mitchell also co-authored the legal brief attacking Lawrence and Obergefell. His brief for the group Texas Right to Life—just one of several anti-choice filings submitted to the high court in late July—also states that "women can 'control their reproductive lives' without access to abortion; they can do so by refraining from sexual intercourse.'"

As The Guardian reports, the brief adds that "one can imagine a scenario in which a woman has chosen to engage in unprotected (or insufficiently protected) sexual intercourse on the assumption that an abortion will be available to her later. But when this court announces the overruling of Roe, that individual can simply change their behavior in response to the court's decision if she no longer wants to take the risk of an unwanted pregnancy."

While the Biden administration is taking on S.B. 8 in court and on Friday announced another series of actions intended to assist abortion seekers and providers in Texas, both the new ban and mounting concerns about the Mississippi case have provoked calls for the Democrat-controlled Congress to immediately expand the U.S. Supreme Court and codifying Roe.

Although congressional progressives in April introduced the Judiciary Act of 2021 (H.R. 2584/S. 1141), which would add four more justices to the Supreme Court, the measure has not advanced and its low co-sponsor numbers suggest that will not change during this session.

As for lawmakers reaffirming abortion rights nationwide, the U.S. House is set to vote on the Women's Health Protection Act (H.R. 3755/S. 1975) later this month. However, unless the evenly divided Senate abolishes the filibuster, it is unlikely to reach President Joe Biden.