Definition of "evangelical" is becoming less about religion and more about politics: poll 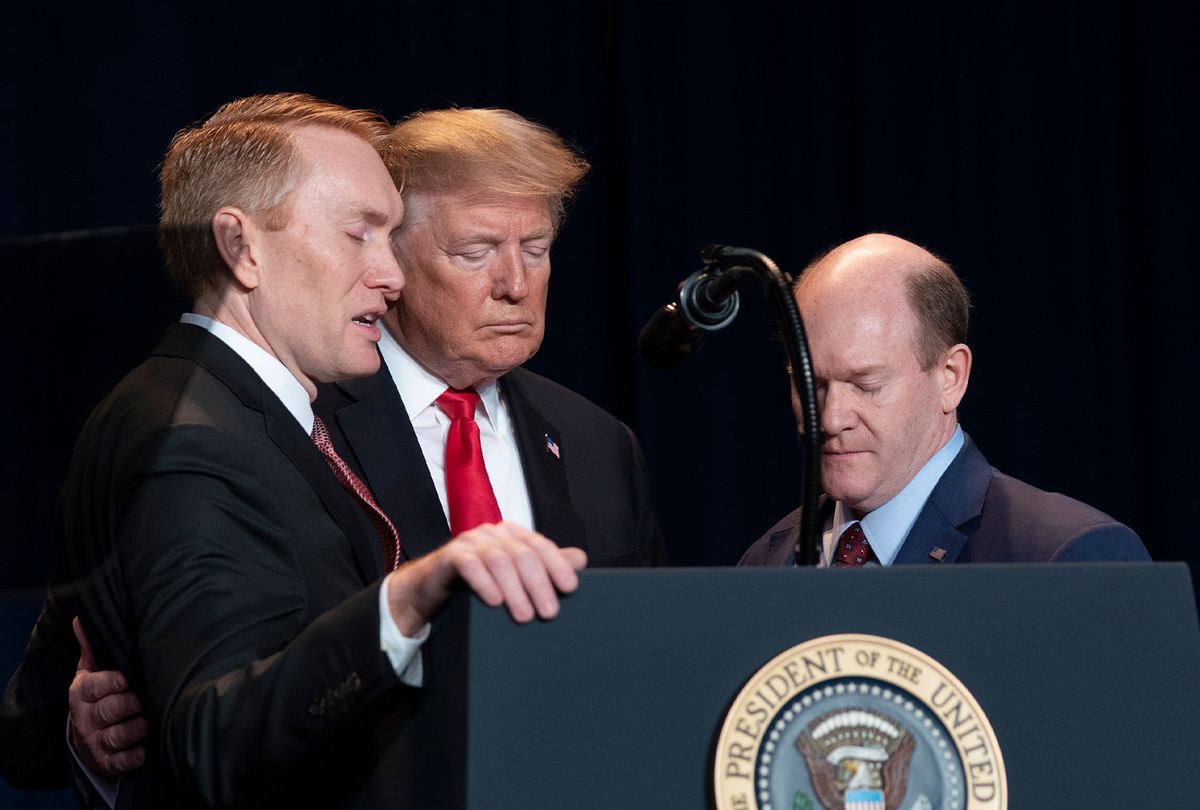 A new analysis from the Pew Research center revealed that the word "evangelical" no longer means born-again. Instead, the data shows that it has become more about President Donald Trump and being a Republican.

NBC News reported that the term has become less about faith, religion or the church and instead become a political distinction.

"People who embrace the label use it to signal that they're against immigration, science and abortion and to signal a belief that discussions of racism in America are antithetical to their idea of America," said NBC.

According to the Pew survey, Trump scored more evangelical support in 2020 than he did in 2016. Sixteen percent of people moved from calling themselves "evangelical" from 2016 to 2020. That group, however, didn't support Trump in the election.

NBC also cited a recent PRRI survey showing that evangelicals don't blame the Jan. 6 attack on the U.S. Capitol on militias, white supremacist groups, Donald Trump or conservative media. They instead blame left-wing groups, to the tune of 57 percent. Also, 68 percent of white evangelicals in the survey say that Trump is a "true patriot."

Writing for the New York Times on Sunday, columnist Charles Blow took the data to its natural conclusion, that evangelicals have exchanged religion for power.

He recalled an editorial by Franklin Graham denouncing former President Bill Clinton for his extra-marital affair. Donald Trump didn't get the same treatment when it was revealed he had an interest with adult film star Stormy Daniels when his wife was recovering from having their child.

"Mr. Clinton's sin can be forgiven, but he must start by admitting to it and refraining from legalistic doublespeak," wrote Graham in 1998. "According to the Scripture, the president did not have an 'inappropriate relationship' with Monica Lewinsky — he committed adultery. He didn't 'mislead' his wife and us — he lied. Acknowledgment must be coupled with genuine remorse. A repentant spirit that says, 'I'm sorry. I was wrong. I won't do it again. I ask for your forgiveness,' would go a long way toward personal and national healing."

It has become clear that starting with Graham, evangelicals have followed to abandon principles and turn to worship power, he explained.

"The hypocrisy of white evangelicals, taken into full context, shouldn't have been shocking, I suppose, but as a person who grew up in the church (although I'm not a religious person anymore), it was still disappointing," he wrote. "I had grown up hearing from pulpits that it was the world that changed, not God's word. The word was like a rock. A lie was a lie, yesterday, today and tomorrow, no matter who told it. I had hoped that there were more white evangelicals who embraced the same teachings, who would not abide by the message the Grahams of the world were advancing, who would stand on principle."

NBC's report noted that there might be more people calling themselves evangelicals, but that those people have found Jesus so much as evangelicalism is now a place accepting of racism, against immigrant and LGBTQ people and searching for some kind of 1950s "misplaced nostalgia."

Blake Chastain, host of the "Exvangelical" podcast told Axios that people would once "meet at a bar and speak in hushed tones about 'how weird that church was.'" Those conversations now happen on social media where people are finding that they're not alone. Searches for "Exvangelical" have increased, Google Trends said. So is "religious trauma."