A picture of what appears to be a knife under Rep. Madison Cawthorn's wheelchair raised eyebrows last week 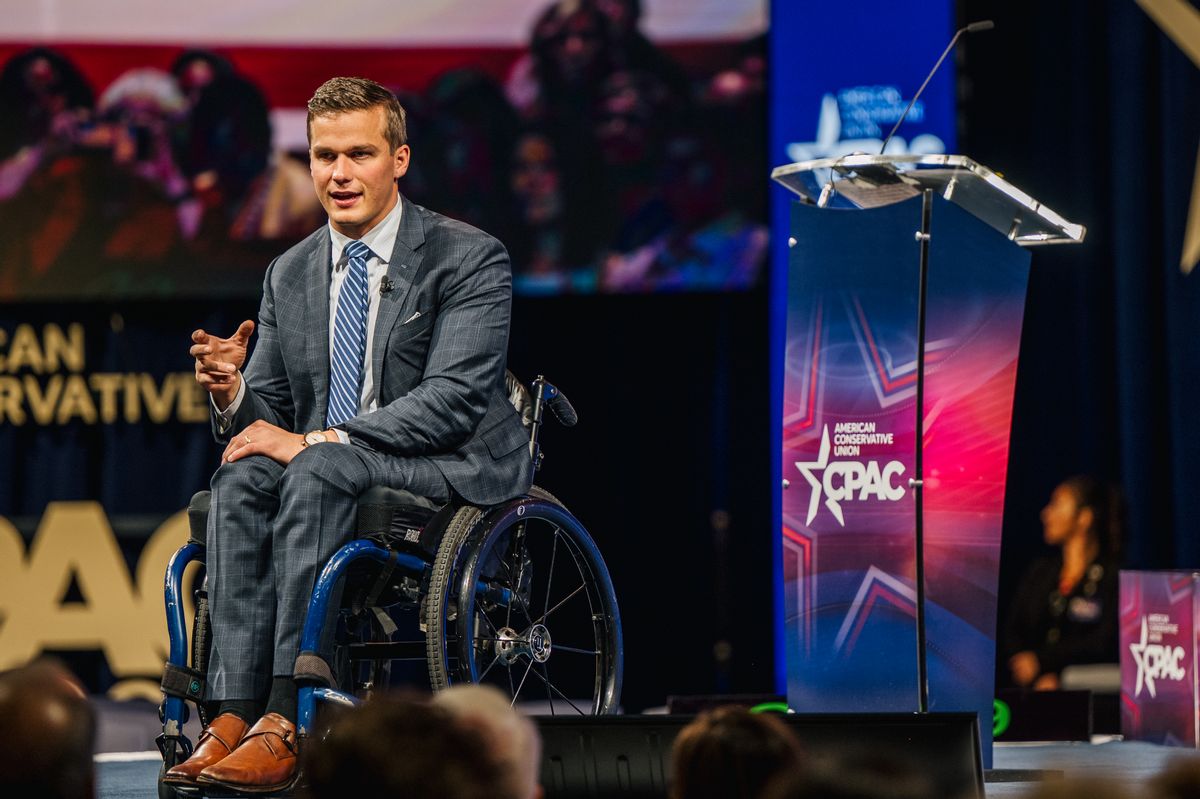 Rep. Madison Cawthron (R-NC) spoke to the Henderson County school board about why mask requirements in schools are wrong. While he was there, however, one person spotted what appeared to be a knife underneath Cawthorn's wheelchair, wrote New York Magazine.

The photo spread and the district was forced to contact authorities, promising to cooperate with their investigation in the interest of "the safety of our staff, students, and members of the public in our schools and on our properties." It's a Class 1 misdemeanor in North Carolina to bring a knife onto public school property, though the Henderson County Sheriff's office already said they're letting him off of any accountability.

"Although unacceptable, occasionally a person inadvertently possesses a knife," the statement said.

"The letter includes further documentation about when and where Cawthorn carries the knife in the form of a photograph published in the January 18, 2021 issue of New York," said the report. "The image, taken by photographer Gabriella Demczuk on the morning of January 6 as Cawthorn made his way to speak to the crowd that would go on to storm the Capitol, shows the congressman's fist raised in the air."

There's "an object bearing a knurled, rounded metallic-colored end with a black face, a large hole, and an apparent screw head, bearing a strong resemblance to the Microtech SBD Dagger," said the note.

It's also a violation of Washington, D.C. laws against the possession of a dangerous weapon and rules against weapons in the U.S. Capitol. Rules say that he can have the knife in his office, but not on the floor of Congress.

"Per the Capitol Police, knives fall under the related, 'dangerous weapons' category, and it's not clear if a similar exception is made for members of Congress who carry them," said New York Magazine.

The piece recalled an excerpt from John Boehner's recent autobiography in which Rep. Don Young (R-AK) "pulled a ten-inch knife from his pocket (he was known for carrying one or more knives everywhere he went), flipped the blade open, and held it up to my throat."

The Raleigh News & Observer asked Cawthorn if he brought his knife on school property, but he pretended, "I don't really know anything about that."

During an interview in his office in January, New York Magazine confessed, "I've always got a hunting knife on me."