My number one parenting trick? Always save those two last bites

As Joni says, you don’t know what you’ve got 'til it’s gone 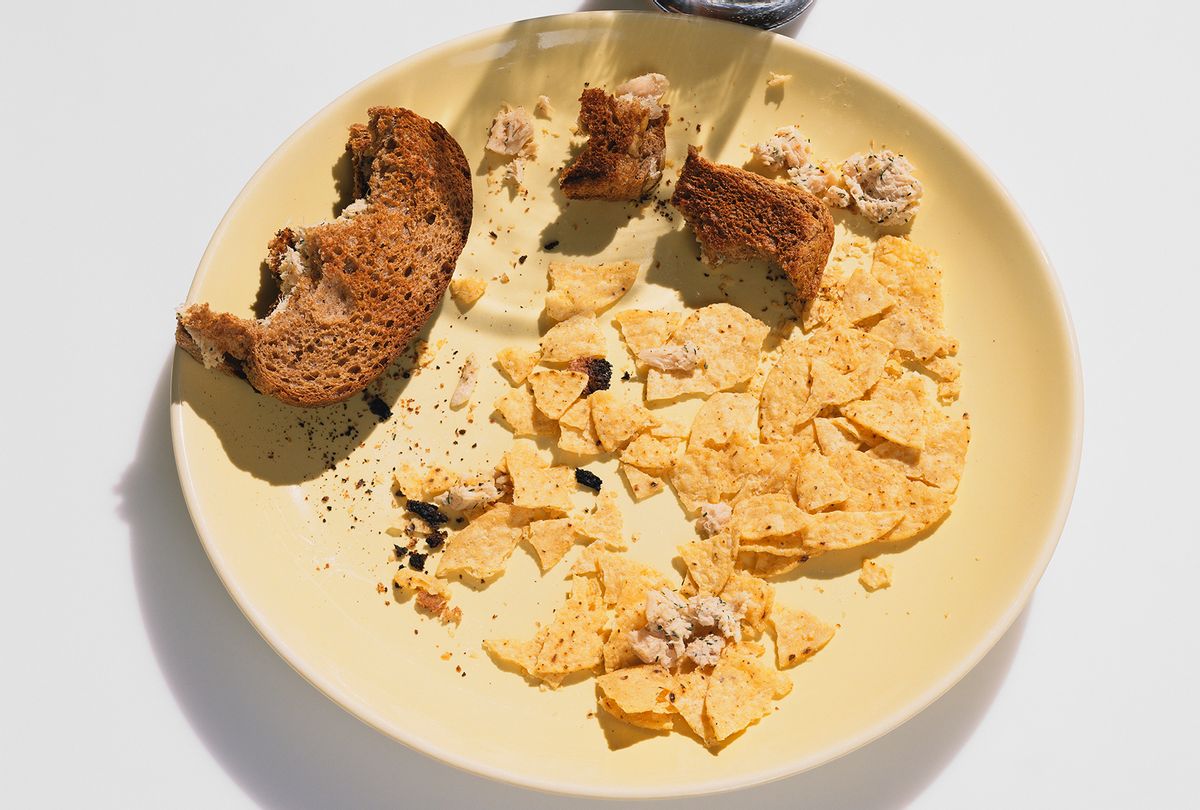 Welcome to Kids & the Kitchen, our new landing pad for parents who love to cook. Head this way for kid-friendly recipes, helpful tips, and heartwarming stories galore — all from real-life parents and their little ones.

In 2008, my then-boyfriend Joseph and I almost broke up over a chicken wing. It was a typical Sunday evening at a college-town pub, filled with mediocre beer, half-off wings, and gripes about grades. As was our custom, our Caribbean crew ordered more wings than we needed. That fateful night, one wing perched alone on the platter, when Joseph requested the bill and . . . a box.

"Um, a box?" our friend John asked in his deep Trinidadian accent.

Sensing scrutiny, Joseph replied curtly, "I'm full now, but I'll want to eat it later." And from there, a…colorful discussion arose over the merits of his last bite. (I sided with John, hence the near-breakup.) Surely two bites of a burger or one chicken wing will not stave off starvation or lead to climate collapse. I held firm until Joseph — my now-husband — and I had kids, which is when reality asserted itself.

Of all the lessons motherhood has taught me, the most salient comes from my own mum: "It's always better to say 'Here it is' than 'Where is it?'"

The truism holds for whatever "it" is: an extra diaper; the bubbles; a half-eaten granola bar. It's more about practicality than principle. When our son was in kindergarten, I made it a point to have some morsel of napkin-wrapped baked good in my pocket — pocket, people! — to give to him the second he burst out the doors of school. ("Panic" is a kid anticipating a snack with no snack in sight.) For my son, it was more than just a mini-muffin or half a cinnamon-raisin bagel. It was an emotionally stabilizing tool to offset hanger.

Save the two bites. Today I can admit that even a measly leftover wing can pack a powerful punch: Strip the meat off the bone, place it on a single tortilla, sprinkle it with shredded cheese, microwave it for 30 seconds, and top with jarred salsa. The result is a relatively respectable chicken quesadilla that not only sates you in the moment, but satisfies a core value of "waste not, want not."

Same goes for that one slice of banana bread (which can become French toast), half a cup of fried rice (stuff it into a bell pepper), and bean stew (add water!). And let's be honest, fellow parents: How often have you forgotten to feed yourselves? Top two bites with an egg, some tofu, or some chutney, and you can stay out of the hanger zone yourselves.

So defend your fridge turf — and yourself from judgment — vigorously. Keep those little bowls and Tupperware toward the front of the fridge shelves, so you remember to eat the precious little bites before they go bad.

As for Joseph, he couldn't be more thrilled that I have come to see his wingy truth: It's always easier to revisit a snack than it is to create a new one — kids or no kids.