"The fate of Roe v. Wade and legal abortion is on the line" 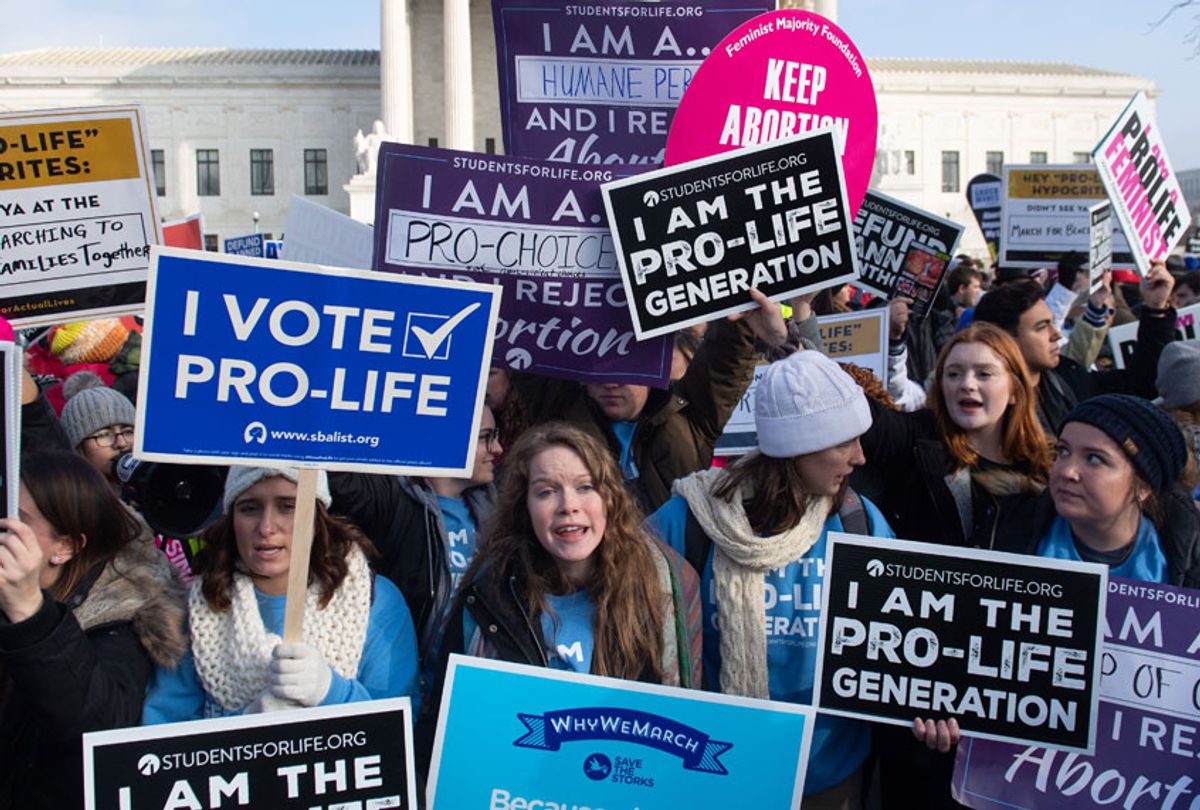 Abortion rights advocates geared up for a major fight as the U.S. Supreme Court announced Monday it will soon hear arguments in Dobbs v. Jackson Women's Health Organization, a case in Mississippi which poses a direct challenge to Roe vs. Wade.

The high court confirmed it will consider the case December 1 after months of speculation regarding when it would take up the dispute over Mississippi's ban on most abortion care after 15 weeks of pregnancy.

The question before the court, as the Center for Reproductive Rights explains, is "whether all pre-viability prohibitions on elective abortion are unconstitutional." In the landmark 1973 Roe decision, the Supreme Court affirmed the right to abortion care before fetal viability, usually around 24 weeks.

"The fate of Roe v. Wade and legal abortion is on the line," tweeted Rewire News Group, which reports on reproductive rights.

Mississippi's restriction makes no exception for pregnancies that result from rape or incest, only allowing abortion care "in medical emergencies or for severe fetal abnormality." Providers who administer abortions in violation of the law could have their medical licenses revoked and face fines.

The court will hear the case three months after it refused to intervene in Texas, allowing that state's six-week abortion ban to take effect at the beginning of September. The Texas law allows private citizens to take legal action against anyone who helps a person to obtain abortion care after that point, with plaintiffs who prevail in court entitled to $10,000 and recovery of their legal fees. Republican governors in several other states have said since the Texas law was permitted to go into effect that they plan to seek similar legislation.

The Texas case has led reproductive rights advocates to warn that the Supreme Court cannot be counted on to protect Roe.

NARAL Pro-Choice America noted that the Mississippi case will be the first abortion case the court hears since Justice Amy Coney Barrett—one of three anti-choice judges appointed by former President Donald Trump—joined the court, resulting in a 6-3 right-wing majority.

The court's announcement on Monday followed the filing of an amicus brief in the Mississippi case by nearly 900 state legislators who support reproductive rights and justice.

"Since so many state legislators have been leading the assault on reproductive rights, it only makes sense that state legislators be the first to defend them," Arizona Democratic Rep. Athena Salman said in a statement. "By adding my name to this amicus brief, I join hundreds of powerful, strong reproductive freedom champions standing up for the rights of all."

The National Women's Law Center (NWLC), was among 72 organizations that filed a separate amicus brief following the Supreme Court's announcement.

"In our brief, we explain that the devastating impact of allowing a pre-viability abortion ban to stand—or overturning the right to abortion explicitly—denies the liberty and equality of women and all people who can become pregnant," NWLC said.