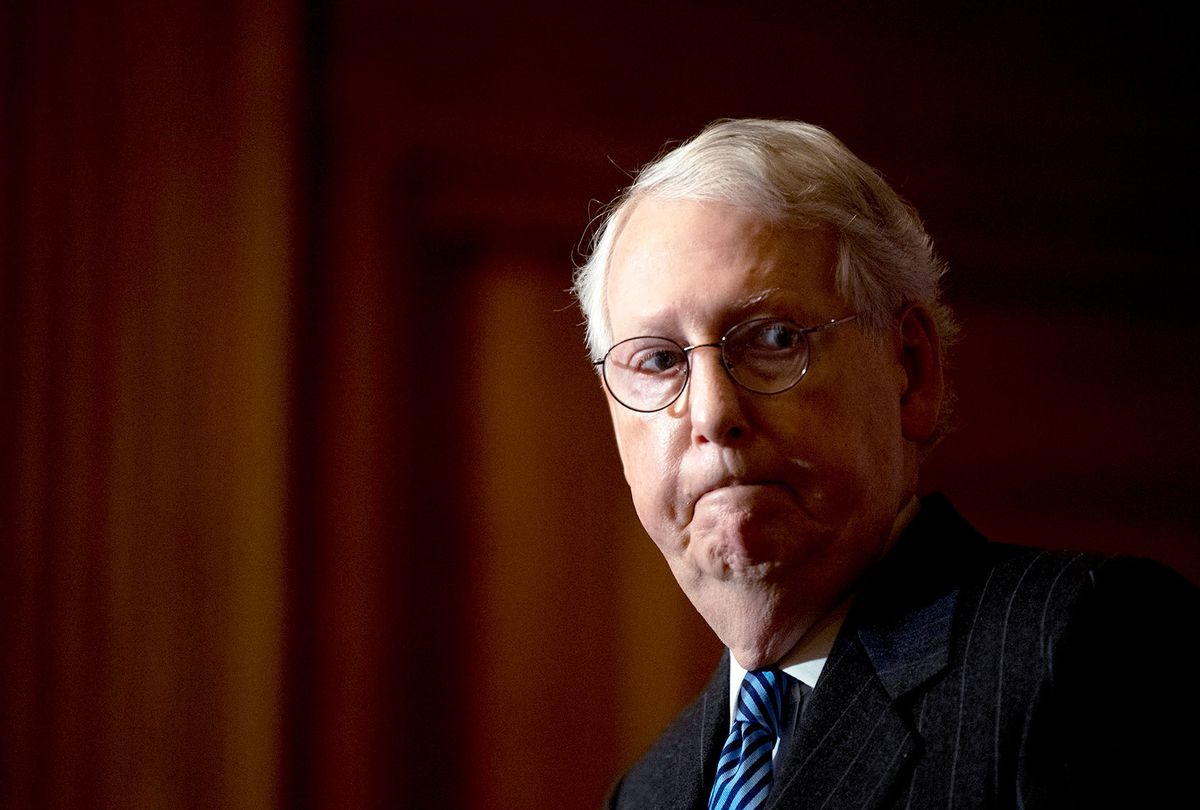 The Joint Chiefs chairman, Gen. Mark Milley, stepped outside the realm of his constitutional power to prevent Donald Trump from starting nuclear war with China or Iran.  It was definitely unconstitutional and probably illegal.  But he's not the true villain in this story; the true villain is almost never mentioned in the press.

Trump's advisers aren't the villains, either, although Trump was just the latest Republican president advised by Paul Manafort and Roger Stone, whose partner in the years after they advised Nixon, Lee Atwater, had passed away from brain cancer after making a public apology for all the damage he did to our nation in the service of Nixon's party and, later, George H.W. Bush (Willie Horton, et al).

And Nixon, too, presented such a threat to world peace and democracy in America that his own defense secretary, James Schlesinger, took actions remarkably similar to Milley's, as was revealed by the Washington Post on Aug. 22, 1974. Schlesinger and Chairman of the Joint Chiefs George S. Brown (who'd just taken that post on July 1, 1974), the Post wrote, "kept a close watch to make certain that no orders were given to military units outside the normal chain of command."

Specifically, Schlesinger and Brown were worried that Nixon would start a nuclear war to stay in power as he became increasingly under siege in the Watergate scandal.  Congress relieved them of that burden when Sen. Barry Goldwater walked over to the White House and informed Nixon that both Democrats and Republicans in the Senate were going to vote to impeach and remove him from office if he didn't resign immediately.

Which highlights the true villains in the Milley story who are almost always overlooked in the press: Republicans in the U.S. Senate, led by Mitch McConnell, who twice refused to remove Trump from office after the House had impeached him.

It's not like these senators didn't know that Trump was an unstable narcissist who had both loyalties and financial ties to autocrats in Russia, Turkey and multiple other foreign countries. They not only knew but were informed in great detail during the first opportunity they were given to remove Trump from office in December of 2019.

The impeachment managers laid out in excruciating detail the evidence that Trump had repeated for the 2020 election what he and his children had tried to do with Russia in 2016: solicit foreign interference in a U.S. election, this time by trying to bribe the president of Ukraine with the promise of American weapons. At any other time in American history that would have been prosecuted as outright treason.

For example, in the election of 1800, then-Vice President Thomas Jefferson benefited from what we'd today call a tabloid journalist, James Callender, publishing stories that explicitly suggested his opponent, then-President John Adams, had provoked the cold naval war with France that emerged from a scandal just to help his re-election chances. The charges of treason hurt Adams badly in that election, helping hand it to Jefferson.

While Adams almost certainly hadn't committed treason to stay in office, Trump almost certainly did, or something close to it.  But the Republicans in the Senate were apparently unconcerned.

They knew by then that Trump and his family had both openly and secretly solicited and received Russian help in the 2016 election, that he'd trashed American intelligence agencies while elevating Russia's in a public meeting with President Vladimir Putin in Helsinki back in July of 2018, and that he'd tried to strong-arm the president of Ukraine to manufacture dirt on Joe Biden.

Compared to Richard Nixon paying to bug the Democratic National Committee headquarters in the Watergate complex and then lying about it afterwards, Trump's behaviors were monstrous. But Republicans gave him a pass on his criminal behavior. Twice.

If slightly over a dozen of them had had the courage of the Senate Republicans in 1974, Milley never would have been in a position to worry that an American president might start a nuclear war just to hang onto power and thus avoid prosecution.

But Senate Republicans are proudly lacking in courage, patriotism or any sense of loyalty to our nation or its ideals; their only loyalties are to their own power and the billions their donors use to seduce and control them.

Milley (and then-Defense Secretary Mark Esper) shouldn't have had to take actions that may well have saved the republic if Trump had played out what he was considering.

And the American media needs to put the blame for that squarely where it belongs: On Republicans in the U,S, Senate who chose their own self-interest over our country when Trump's impeached fate was in their hands.