Who is Kash Patel, the Trump associate subpoenaed by Jan. 6 committee? 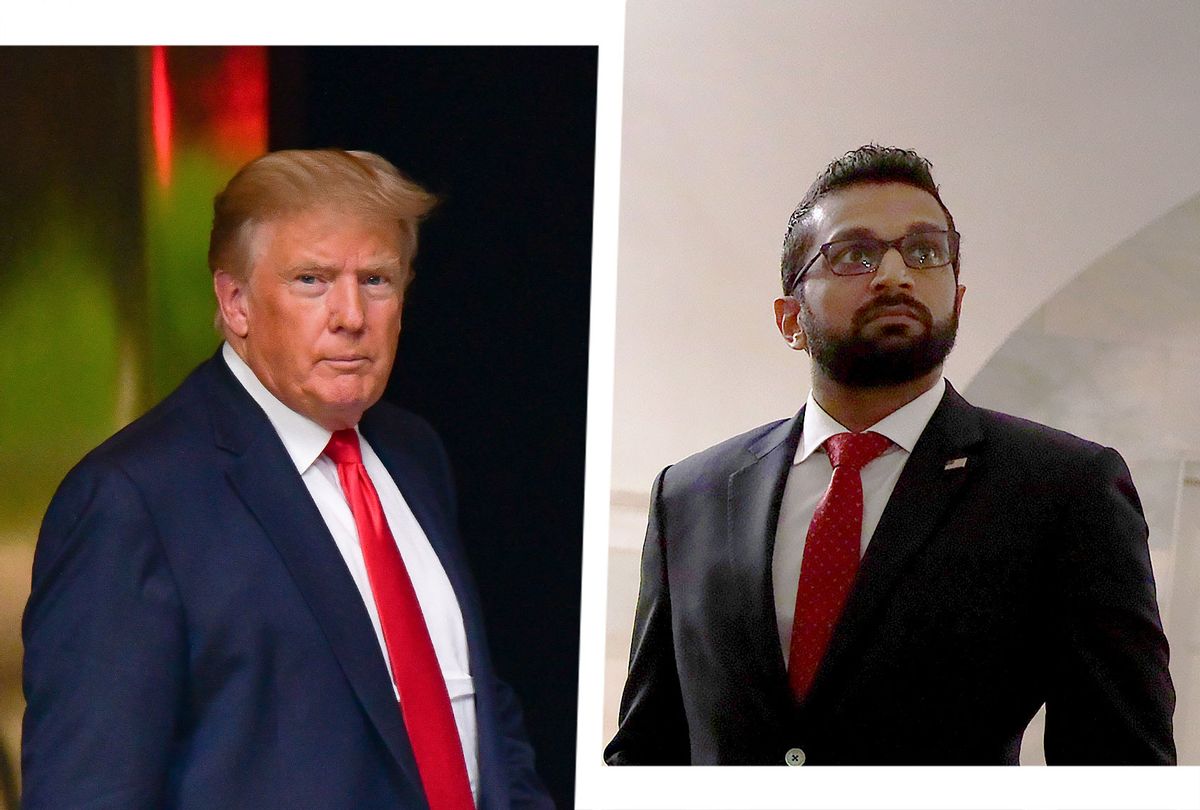 The Democratic-led select committee charged with investigating the Jan. 6 insurrection has issued its first batch of subpoenas, targeting a spate of Donald Trump associates to uncover more details behind how the insurrection unfolded.

"The Select Committee is investigating the facts, circumstances, and causes of the January 6th attack and issues relating to the peaceful transfer of power, in order to identify and evaluate lessons learned and to recommend to the House and its relevant committees corrective laws, policies, procedures, rules, or regulations," House Select Chairman Bennie Thompson, D-Miss., said in a statement.

A committee letter specifically outlined why each of the four will be targeted, according to MSNBC. Bannon, it alleged, "[communicated] with then-President Trump on December 30" and "[urged] him to plan for and focus his efforts on January 6." Meadows "engaged in multiple elements of the planning and preparation of efforts to contest the presidential election and delay the counting of electoral votes."

Scavino, the committee added, was reportedly "with the former President on Jan. 5, when he and others were considering how to convince members of Congress not to certify the election for Joe Biden."

And there is "substantial reason" to believe Patel has documents that could reveal the Defense Department's role in "preparing for and responding to the attack on the U.S. Capitol."

Particular attention has been aimed at Patel, who was this week accused by Fiona Hill, Trump's former top Russia adviser, of "running a secret backchannel to President Trump on Ukraine matters," Axios reports.

According to Politico, Patel's name has been brought up in a number of depositions about Trump's alleged scheme to withhold U.S. military support from Ukraine. It was in this scheme that Trump reportedly sought information from Ukraine President Volodymyr Zelensky that would damage then-presidential candidate Joe Biden's campaign prospects.

Patel, 41, first rose to prominence for his work as a top staffer on the House Intelligence Committee, serving the efforts of Rep. Devin Nunes, R-Calif., to delegitimize the FBI and the Justice Department during the Trump-Russia probe. Patel helped assemble a separate probe into the origins of the FBI's investigation – a venture the FBI called "extraordinarily reckless" because of its potential to publicize classified information about its own ongoing federal investigation, Politico noted.

Patel later ascended through the ranks to become the National Security Council's senior director for counterterrorism, becoming "increasingly drawn into Trump's battle against an intelligence community," a Washington Post op-ed detailed. There, he helped Trump oust a number of the former president's detractors. "Patel was the action officer," recalled a former top intelligence official to the Post. "He made it happen."

According to Hill's congressional testimony, while on the NSC, Patel grew more involved in U.S.-Ukraine relations, to the point where Trump regarded him as the designated point man on the matter.

Joshua Geltzer, who was in Patel's position earlier during the Trump administration, told Politico that Patel's advisory role would have been way outside Patel's purview.

"If true, this sort of activity seems wildly outside the scope of anything a counterterrorism senior director at NSC should be spending their time on," Geltzer said. "What's more, it politicizes a piece of the NSC staff that administrations of both parties have worked for decades to keep as apolitical as possible."

Patel, for his part, has denied any wrongdoing from current and past colleagues, telling Axios that he never "communicated with the president on any matters involving Ukraine."

"I pride myself on my record as a dedicated national security professional who is entrusted to handle our nation's most sensitive matters," he said in a subsequent statement. "At no time have I strayed from my mission to protect the homeland in service to President Trump and the National Security Council."

Patel, Bannon, Meadows and Scavino are all expected to appear before the select committee in mid-October.