"The Biden administration can and must do better," one critic said 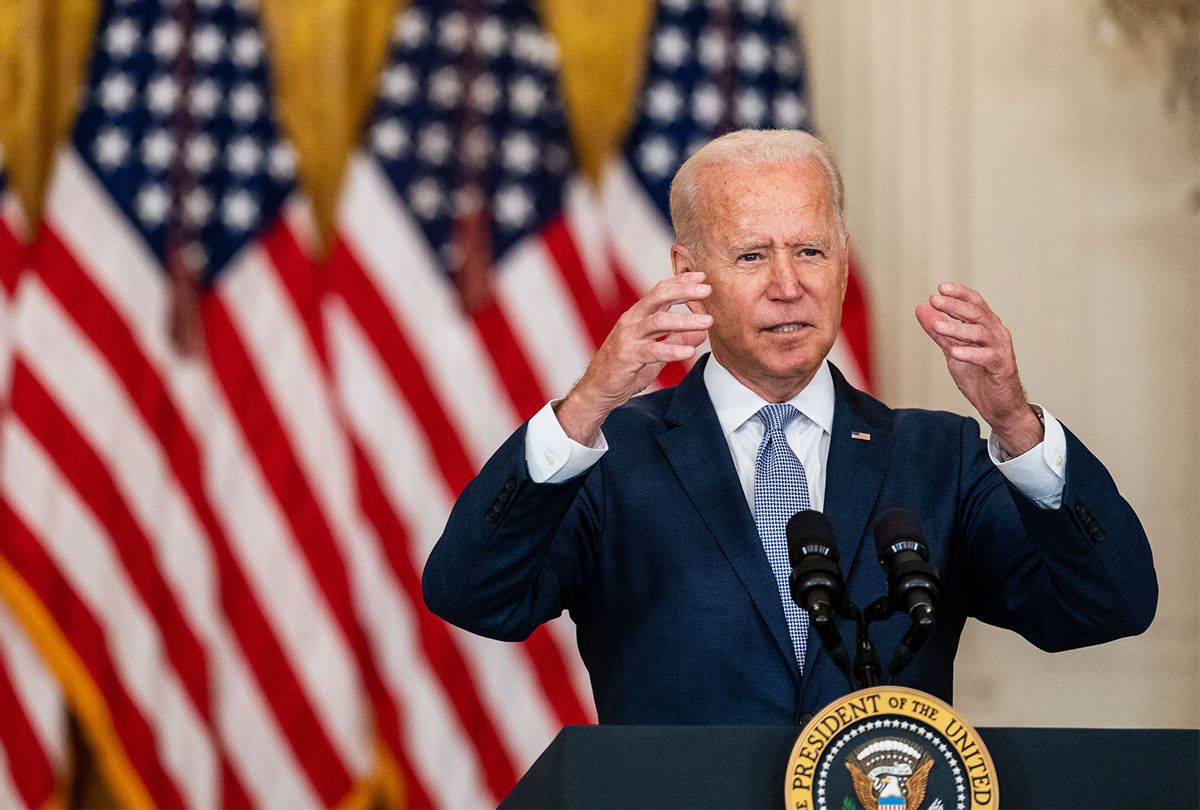 After several days of global outrage over footage of mounted U.S. agents using their horse reins as whips and menacing Black migrants at the southern border, President Joe Biden on Friday finally condemned the conduct, while his administration continued mass deportations to Haiti.

A reporter asked the president whether he takes responsibility for the "chaos that's unfolding" at the border and if he was failing to deliver on his campaign promise to restore the moral standing of the United States, in part by ending the Trump administration's immigration policies.

"Of course I take responsibility. I'm president," Biden said, adding that it was "horrible… to see people treated like they did: horses nearly running them over and people being strapped. It's outrageous."

Biden had been under pressure to speak out about the U.S. Customs and Border Protection (CBP) agents' recent actions at the border.

"The horrific conduct by CBP in Del Rio, Texas, including officers charging into crowds of Haitian asylum-seekers on horseback, violently dispersing them, taunting them, and forcing them away from safety, is reprehensible and underscores a deeper problem of systemic and racist treatment against Haitian and other Black migrants in the U.S. and at the southern border," said Paul O'Brien, executive director at Amnesty International USA.

"But his administration's use of Title 42 to deny them the right to make an asylum claim is a much bigger issue. End Title 42," Castro added, referring to a controversial policy first implemented under former President Donald Trump that the Biden administration is still using to swiftly deport people on public health grounds due to the Covid-19 pandemic.

Castro, on Thursday, had slammed Biden's silence about the CBP agents as "baffling and disappointing," and said—referring to one of Trump's senior advisers—that "this administration's use of Stephen Miller's Title 42 policy is a terrible error—in more ways than one. It should end."

Responding to Biden's Friday comments, the humanitarian aid group No More Deaths said that federal agents attack migrants "every day in the remote desert, away from cameras," and that "the problem isn't a few bad apples… it's a system rotten to the core."

The secretary explained that the use of horse patrol units has been halted in the area, at least for now, and "the agents involved in these incidents have been assigned to administrative duties and are not interacting with migrants while the investigation is ongoing."

He also confirmed there are no more migrants at the encampment in Del Rio, Texas, where about 15,000 people, mostly Haitians, had gathered days earlier to seek asylum. The Biden administration has faced criticism for responding by ramping up deportations.

Daniel Foote, the administration's special envoy to Haiti, resigned in a Wednesday letter that highlighted the current conditions of the Caribbean country, which is still reeling from the July assassination of former President Jovenel Moïse that was followed by an earthquake and tropical storm.

Foote wrote that he will not be associated with the "inhumane, counterproductive decision to deport thousands of Haitian refugees and illegal immigrants to Haiti, a country where American officials are confined to secure compounds because of the danger posed by armed gangs," adding that the Biden administration's "policy approach to Haiti remains deeply flawed, and my recommendations have been ignored and dismissed."

The Associated Press reports that "a U.S. official with direct knowledge of the situation said six flights were scheduled to Haiti on Friday, with seven planned Saturday and six Sunday, though that was subject to change. The official was not authorized to speak publicly."

Mayorkas said that as of Friday, about 2,000 people had been deported to Haiti over the past week on 17 expulsion flights; another 12,400 migrants will have their cases heard by an immigration judge; and 5,000 are being processed by the Department of Homeland Security.

The DHS chief also noted the limitations of the U.S. asylum system and defended the administration's Title 42 expulsions, declaring that it's a "public health imperative" not an immigration policy and has been broadly applied to migrants regardless of their home country.

"Title 42 inflicts immense harm—stranding asylum-seekers in grave danger where they are targets of brutal kidnappings and attacks, turning away Black and LGBTQ asylum-seekers to suffer bias-motivated violence, separating families, and endangering public health," Human Rights First tweeted Friday, calling on Biden to scrap the policy, which his administration is currently defending in federal court.

Noting the dire conditions in Haiti, Amnesty's O'Brien said that "these mass deportations demonstrate that the government is not committed to upholding the rights and well-being of the asylum-seekers they are sending back to danger."

"The U.S. government has a moral and legal responsibility to welcome Haitians and all people who have fled their homes in search of safety," he added, "and the Biden administration can and must do better."