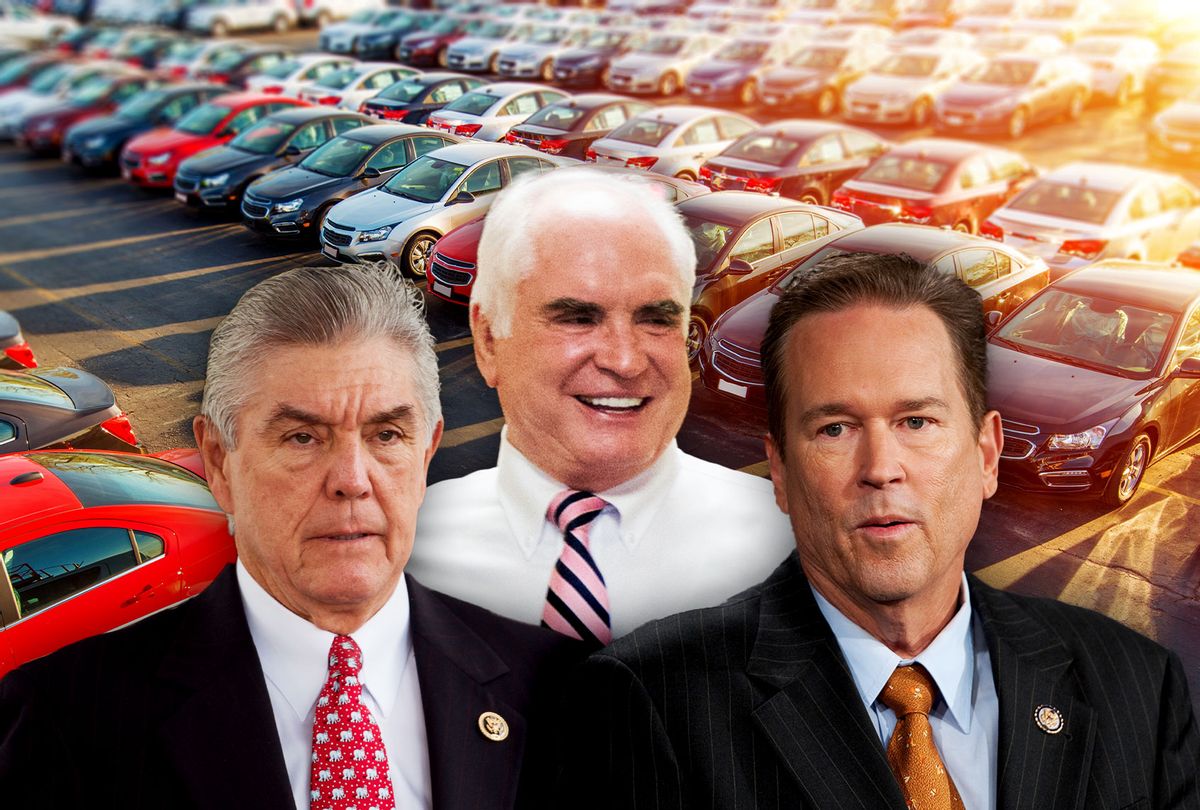 While President Biden's CARES Act has in many ways proven a lifeline for thousands of businesses struggling to stay afloat amid the COVID-19 crisis, the PPP loan program, coordinated by the Small Business Administration (SBA), has also been the subject of great controversy, with many critics arguing that its provisions were abused by massive corporations that hardly needed the extra boost.

Back in December, The New York Times reported that just 1% of the businesses that received federal COVID-19 relief raked in over a quarter of the total loan amounts disbursed. "The money," the Times wrote, "was shared unevenly, with the biggest sums going to a sliver of the companies in need." Roughly 600 large businesses received maximum loans amounts of $10 million. Even public companies with massive cash reserves – like Ruth's Chris, Shake Shack, and AutoNation – took in PPP loans, casting doubt over the program's ability to fairly distribute aid.

The program, however, faced it's perhaps worst reputational blow even months before that report, when it was revealed that scores of lawmakers (and their families) received millions in loans for their own personal businesses, even when these same lawmakers may have had a hand in writing the program's provisions. To boot, some of these lawmakers opposed legislation that would have added to the program's transparency, potentially allowing them to benefit from undue federal aid behind the curtain.

According to a Sludge report, at least 28 members of Congress (or their spouses) benefited from some $27 million in small business loans. Some of these members include Reps. Dean Phillips, D-Minn., Kevin Hern, R-Okla., Greg Pence, R-Ind., and Carol Miller, R-W.Va.

One of these lawmakers, Rep. Mike Kelly, R-Pa., received federal loans ranging between $150,000 and $350,000 for his various car dealerships, according to The Philadelphia Inquirer. Kelly, who voted "no" on the TRUTH Act – which would have required the SBA to disclose all of the PPP's recipients in addition to their loan amounts – is tied to four businesses that benefited from the program, including Mike Kelly Automotive Group Inc., Mike Kelly Automotive LP, Mike Kelly Hyundai Inc., and Kelly Chevrolet Cadillac.

A spokesperson for his office told the Inquirer that Kelly is "not involved in the day-to-day operations of his auto dealerships and was not part of the discussions between the business and the PPP lender." However, The Post Gazette found last July that he was still named as the president of Mike Kelly Hyundai, Mike Kelly Automotive, and Kelly Chevrolet Cadillac on one of his recent House financial disclosures, with his wife reporting a salary from Kelly Chevrolet Cadillac.

Kelly is the 39th wealthiest member of Congress, according to a 2018 analysis by the nonpartisan Center for Responsive Politics, with a net worth of $12.4 million.

Other lawmakers who benefited from the PPP program include Reps. Roger Williams, R-Tex., and Vern Buchanan, R-Fla.

According to Sludge, Williams, who boasts a net worth of $27.7 million, took in over $1.4 million for his JRW Corporation, valued $50 million back in 2019. The conservative legislator also reaped federal aid for his Roger Williams Chrysler Dodge Jeep dealership in North Texas.

"I didn't personally benefit from [the loan]," he told Fox Business Network last year. "I've got hundreds of employees – they benefited from it."

Williams, who voted against the TRUTH Act, also came under scrutiny from the House Ethics Committee back in 2016, when he tucked an ostensibly self-serving provision into President Obama's Fixing America's Surface Transportation Act. The line item, which he himself authored, effectively ensured that his own dealerships would be able to skirt a federal prohibition on renting out cars under safety recalls.

Rep. Buchanan, the third wealthiest member of Congress as of 2018, engaged in similar conduct with his various car dealerships. The Bradenton Herald reported that the Florida lawmaker, worth roughly $74 million, accepted loans totaling anywhere from $2.7 million to $7 million for three of his personal businesses. The largest went to Sarasota Ford, his Sarasota-based car dealership in which he reportedly owns a $50 million stake.

Like Kelly, Buchanan downplayed the significance of the federal aid, arguing that he himself does not manage the dealerships. But many government accountability advocates have speculated that Buchanan's move was an abuse of power.

"While small businesses in Sarasota and Bradenton struggled to get federal aid, Buchanan cut in line and got a loan in the earliest days of the program – after the Trump administration exempted members of Congress from going through a normally mandatory ethics review before getting a loan," Sarah Guggenheimer, DCCC Regional Press Secretary, wrote.

Buchanan did not vote on the TRUTH Act. His past campaign finance practices have been marred with accusations of corruption, as well as subsequent investigations by the Department of Justice, the FBI, the FEC, and the House Ethics Committee.

During the program's administration, which ended back in May, there was no rule barring federal lawmakers (or their families) from applying for a PPP loan, and no one has explicitly argued that such legislators broke any laws.

However, "it certainly looks bad and smells bad," Aaron Scherb, a spokesperson for Common Cause, told Fortune, suggesting that their participation in the program poses a significant conflict of interest. According to a Politico report from last year, Congress mandated no specific disclosure rules around PPP loans for its own members.

"There likely are several other cases of family and friends of public officials receiving bailout funds," echoed Craig Holman, Public Citizen's Capitol Hill lobbyist, to Roll Call. "However, the general lack of disclosure of most recipients of PPP funds prevents the public from knowing all the lawmakers who benefited from their legislative actions."