Trump's planning to run again in 2024: Will his supporters ever realize he hates them? 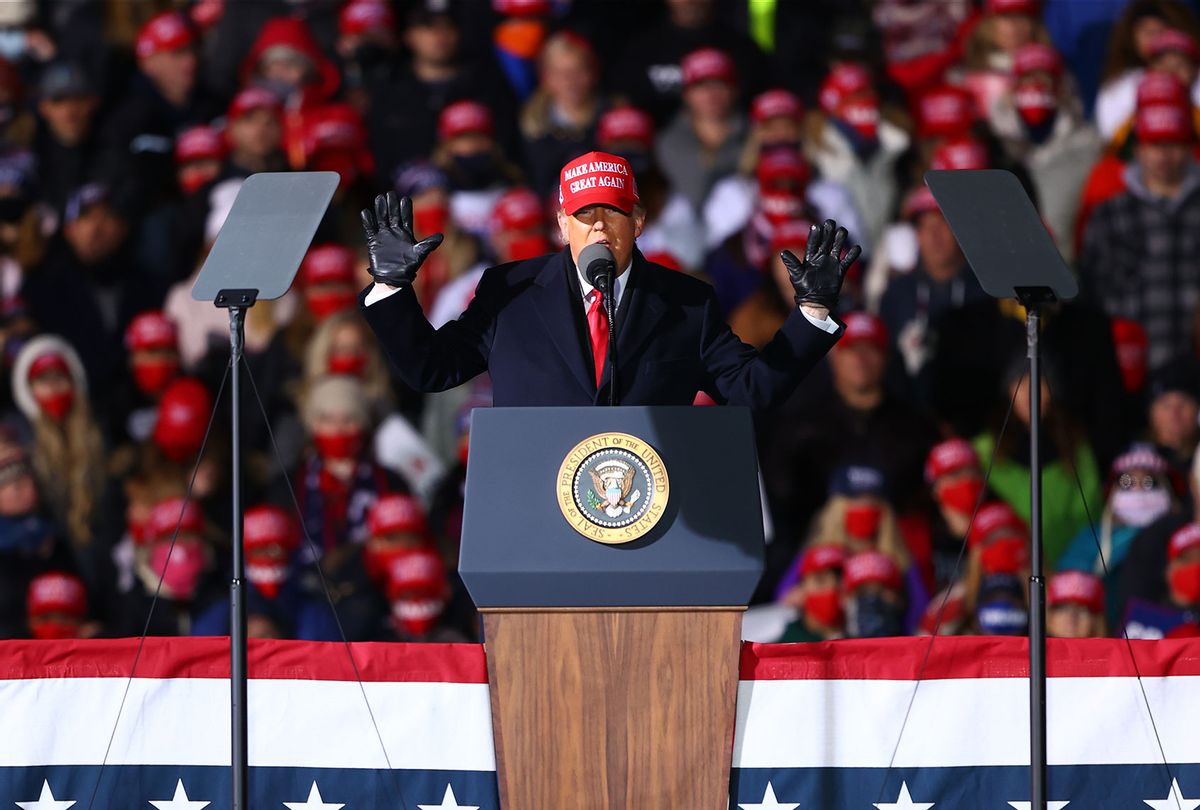 In May of this year, Donald Trump began telling associates that he plans to run for president in 2024 if he is healthy enough. In July, he told dinner pals that he is running. Just this month, he reiterated that he is likely to run again. The twice-impeached ex-president is increasing his media appearances and planning campaign-style rallies in Georgia and Iowa.

Trump's humiliating defeat to Joe Biden — which he refuses to acknowledge even occurred — has fomented a yearning for redemption. Whether he actually runs again remains uncertain, but he wants his supporters to be ready, willing and primed.

As Trump keeps his millions of supporters in suspense, they must answer one difficult question: Do they really want to continue to support a man who despises them and hurts them?

Actions speak louder than words. Just look at Trump's actions toward his supporters.

The best example is his detached, irresponsible and inept handling of the COVID-19 pandemic. Hundreds of thousands of Americans died on his watch. He relied on conspiracy theories, magical thinking, blatant lies and distractions to fool the American public. Trump followers in red states have died in huge numbers because they erroneously and foolishly believed he was the benevolent master of their fate. Nothing could be further from the truth. He was, in fact, an accessory to murder. His supporters' lives meant nothing to him.

Another example is Trump's incitement of the insurrection of the Capitol on Jan. 6. He was willing to overthrow democracy in order to remain in power. So he fabricated the Big Lie, knowing full well that his cult followers would carry out his anti-democratic mission. Was he on the front line with his supporters? Of course not — because he is a coward. He watched it all unfold on television as he cheered them on from the protected and comfortable surroundings of the White House. Trump wanted the election undermined and demanded that followers accomplish that goal. The result was failure, destruction, deaths, arrests and widespread condemnation. Trump has left his followers dangling in defeat. He has taken no responsibility for his incitement and has demonstrated no concern or remorse for his loyalists who face damaging legal consequences. He has thrown them under the bus because he detests them.

Millions of aggrieved Americans have tethered themselves to Trump's fake persona of superiority and strength. They think he is the answer to their prayers. They think he cares about their lot in life. They think he will remedy their grievances. But nothing could be further from the truth.

Trump is a shameless opportunist. He manipulates people to achieve his personal goals, then discards them. He does not care if his supporters are racists, felons, crooks or murderers. He does not care if they are xenophobes or misogynists. He will accept the support of anyone who will blindly follow his lead and put him on a pedestal — after all, exalted status is what he longs for. He desperately wants to be a dictator so that his grifting and corrupt impulses can run wild. And, remember, dictators only care about themselves and loathe people who expect anything from them.

Trump scorns those who are weak or foolish enough to need him. He does not want to be needed — he wants others to serve and satiate his needs. He thrives on their praise, adulation and unconditional loyalty. The whole concept of public service is foreign to him because he perceives every interaction is a transactional game that must be won. And winning, for him, inevitably means defeat and humiliation of the other person. In Trump's psyche, even his supporters need to be humiliated and defeated.

It is puzzling that Trump supporters have not realized that he does not give a damn about their grievances or station in life. His Republican Party literally has no platform or set of guiding principles — all that was abandoned during the 2020 campaign. Nor does the Republican Party have a single substantive policy initiative on the table. Other than conservative judicial appointments, Trump did absolutely nothing for his supporters during his miserable presidential term. Except, of course, to let them be killed by a virus and incite them to a failed overthrow of democracy.

Until Trump is gone and the Republican Party reinvents itself, Trump supporters are all alone to fend for themselves. Their cult leader is an illusion. He is a pied piper leading them only to destruction. He has brought them only pain and suffering and sold them a bill of goods consisting of lies and conspiracy theories.

All because he despises his supporters. That's the best reason why they should dump him now, before he harms them even more.