Trump told Putin he had to act "a little tougher" toward him — but only "for the cameras": book 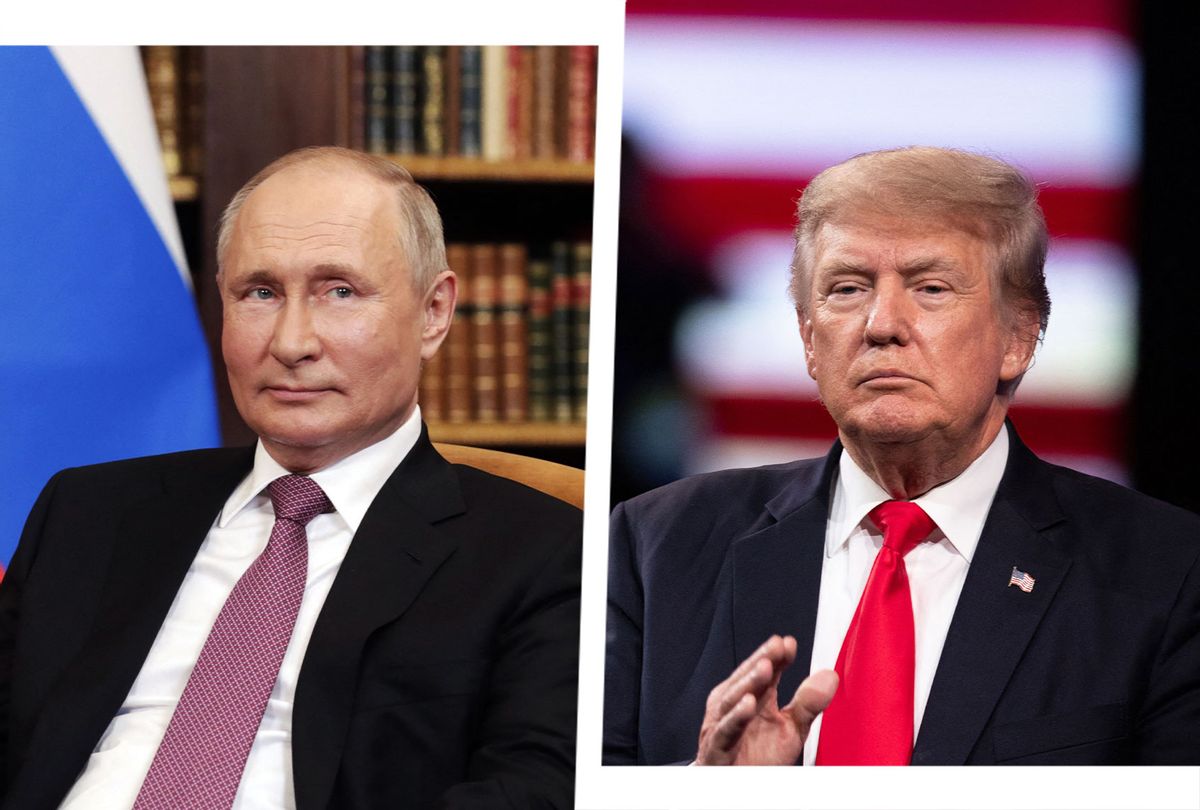 Donald Trump reportedly assured Vladimir Putin that he had to act "a little tougher" next to the Russian president "for the cameras," according to a forthcoming book by Trump's White House press secretary.

The book, "I'll Take Your Questions Now" by Stephanie Grisham, details a host of never-before-seen insights into Trump's relationship with the Russian leader. It also brings to light a number of Trump's more bizarre personal requests, his "terrifying" temper and strains in his relationship with the former first lady, Melania Trump.

According to The New York Times, which obtained a copy in advance of its publication date next Tuesday, the former president "went out of his way" to please Putin, telling the Russian leader during the 2019 Osaka G20 summit that he would put on a display of machismo — but just for show.

"With all the talk of sanctions against Russia for interfering in the 2016 election and for various human rights abuses," Trump reportedly told Putin, "I'm going to act a little tougher with you for a few minutes. But it's for the cameras, and after they leave we'll talk. You understand."

In another instance, Grisham also claims Trump joked with Putin about "[getting] rid" of journalists who produced "fake news," telling him, "You don't have this problem in Russia."

The Washington Post, which obtained an advance copy of the book, further detailed tensions between the former president and his wife, Melania Trump, who "unleashed" her contempt for her husband amid reports that his attorney paid adult film star Stormy Daniels to keep quiet about their extramarital affair.

It was during this personal debacle that Melania Trump reportedly grew much closer with Grisham, telling the former press secretary that she didn't believe her husband's denials of the alleged affair. "Oh, please, are you kidding me?" Melania said of her husband's protestations. "I don't believe any of that."

The incident also put the former president on defense about personal matters, according to Grisham's account, with Trump at one point personally calling Grisham to rebut Daniels' claims about the size and shape of his genitals.

An entire chapter of Grisham's book is devoted to the scandal around Melania Trump's infamous choice to wear a $39 Zara jacket that read "I Really Don't Care, Do U?" while visiting migrant children at the Texas-Mexico border back in 2018.

"What the hell were you thinking?" Trump yelled at his wife in front of his staff just following the event, according to Grisham's account. "You just tell them you were talking to the" news media, he added.

Their relationship reportedly continued to unravel, to the point where Melania would actively avoid her responsibilities as first lady, earning her the moniker "Rapunzel," a reference to her habit of rarely leaving her high tower (the White House residence), according to the Post. Melania Trump's disregard for her husband reportedly reached fever pitch by the 2020 election nigh; the former first lady reportedly went to bed early, while the election night party at the White House continued with hundreds in attendance.

Both Trumps have steadfastly denied the allegations in Grisham's book. A Donald Trump spokesperson called the book "another pitiful attempt to cash in on the president's strength and sell lies about the Trump family."

The book is set to be released next week.