After the Milley incident, it's time to limit presidential powers — or regret it forever

Gen. Milley didn't "go rogue" — instead, he made clear that Congress must take steps to rein in the presidency 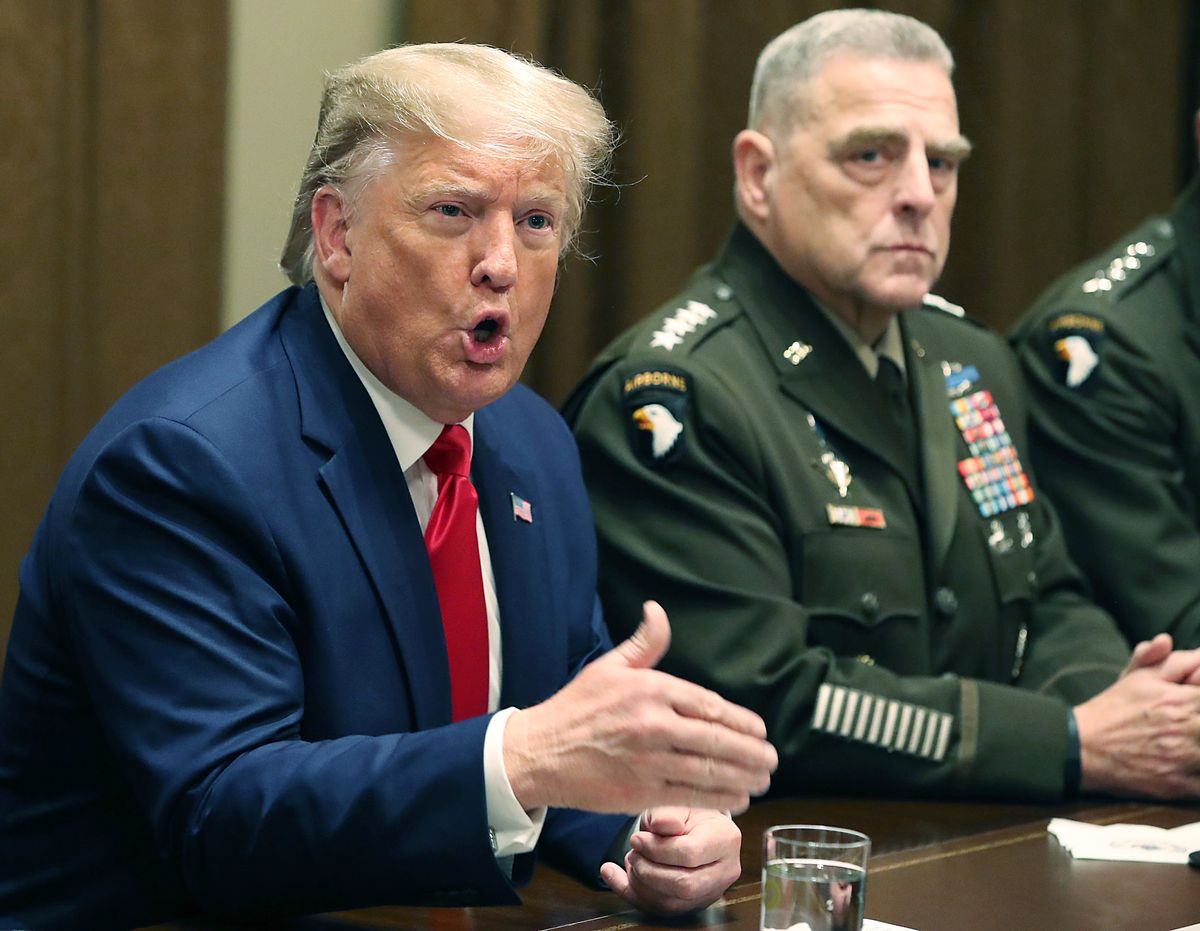 The highly anticipated testimony of Defense Secretary Lloyd Austin and the two highest ranking officers in the U.S. military before the Senate Armed Services Committee took place on Tuesday. Gen. Mark Milley, chairman of the Joint Chiefs of Staff, was questioned thoroughly about the episodes recounted in the new Bob Woodward and Robert Costa book, "Peril." From what I can tell, he seems to have set people's minds at ease regarding what at first looked like dubious departures from the constitutional requirement of civilian control over the military during the final days of the Trump administration.

In particular, there had been serious concerns about Milley calling together senior officers and going over the protocols for a nuclear strike, saying that they should be followed to the letter but also that he had to be involved, which is not technically true. The president has sole authority and would give the order to the secretary of defense, who would convey it to the head of U.S. Strategic Command. (According to PolitiFact, this protocol was created in the early 1960s, "when the advance notice of an incoming nuclear attack had shrunk to just a few minutes." According to experts, that chain of events would be highly unlikely today. )

Milley explained in his testimony that while he is not in the chain of command for such an order, his involvement, by presidential directive, is in the chain of communication as the president's primary military advisor. So it appears that Milley did not go rogue, as some suggested, or "pull a Schlesinger," referring to Nixon-era Defense Secretary James Schlesinger, who was similarly concerned that the president was unstable and ordered military commanders to check with either him or Secretary of State Henry Kissinger before following a presidential order to launch a nuclear attack. So that's somewhat reassuring.

Still, we should be very concerned about the fact that in the seven decades of the nuclear age, we've had two presidents with the authority to unilaterally launch nuclear weapons who have been so unstable that people around them felt the need to take steps to assure that they didn't go off the deep end and try to end human civilization. It's obviously too much power to put in the hands of one person, and reforms are badly needed.

As far as I know, no congressional action has been taken in this regard as yet, although I wouldn't be surprised to see some in the next few months. There are a lot of reforms being proposed in the Congress which aren't getting much attention, thanks to all the other legislative business at the moment, and many of which are long overdue. One of those is the bipartisan National Security Powers Act of 2021, meant to replace the ragged War Powers Resolution of 1973. After everything we've been through over the past two decades in Afghanistan, Iraq and elsewhere, this is a propitious moment to constrain presidential power to engage in unilateral military adventures. This act would put an end to the absurd notion that any appropriation for military spending amounts to presidential authority for use of force. Instead, presidents would need to secure congressional authorization within 20 days of any action taken, 10 days fewer than the current 30. Perhaps most important in a world of "over the horizon" warfare, this would apply to "remote" and ground deployments alike.

A bill like that should have been passed a long time ago, under either a Democratic or Republican administrations. Perhaps the end of the 20-year Afghanistan saga provides the necessary impetus to make it happen.

If the Trump administration showed us anything, it's that our democratic system and Constitution are highly dependent on the good faith and decency of the people charge. It was illustrated in living color, day after day, just how easy it is for a corrupt president and his henchmen to abuse the power of the presidency. Last week, House Democrats introduced an updated version of last year's sweeping reform bill called the Protecting Our Democracy Act, which, as the New York Times writes, "they hope will compare to the overhauls that followed the Watergate scandal and the Vietnam War."

This bill would would curtail the president's power to use pardons for corrupt purposes; to spend federal money unlawfully, to profit from "emoluments," including from commercial transactions; to retaliate against whistleblowers or inspectors general; or to evade congressional oversight, including subpoenas.

And that's just for starters. It would also require presidents to reveal their tax returns, insulate the Justice Department from political interference, limit the use of "acting" officials to avoid Senate confirmation, put restrictions on government employees' political activity, create barriers to foreign interference in elections and make it easier to prosecute former presidents for crimes committed while in office. In other words, it's meant to stop any future president from copying the Trump playbook.

According to the Times, the bill is expected to pass the House easily but will face the usual filibuster roadblock in the Senate, where observers expect it will be broken up and added to other bills. You would think that 10 Republicans would actually see the utility of having these rules in place, just in case Donald Trump somehow wins the presidency again. Some restraints of this kind would likely save them a lot of trouble. But the GOP is most likely looking beyond Trump, to the day when a Republican with greater finesse can take advantage of all those newly revealed loopholes and broken norms in ways that benefit the whole team.

The devil is in the details, and this law will undoubtedly raise many questions regarding the separation of powers. No White House will want to see its power ruthlessly curtailed, but Joe Biden ran on a platform of reform and is reportedly "negotiating" with the House. Perhaps they can iron out any concerns before the bill comes to a vote. We can't forget that this Supreme Court is probably the most pro-presidential power of any in history, so it's entirely possible that many of these provisions will be shot down in court.

Still, if there's ever been a time to tackle this, it's while the abuses and corruption of the Trump administration are still fresh in everyone's mind. If Congress doesn't do it now, it's almost certain that members will come to regret it in the future. Donald Trump's ignorance and aggressive disdain for democracy left a roadmap for a future right-wing authoritarian to put to use more efficiently. There are already quite a few candidates lining up for the chance to do it.