The Wisconsin multimillionaire paid $2,105 in 2017. In previous years, the bill was 30 times that 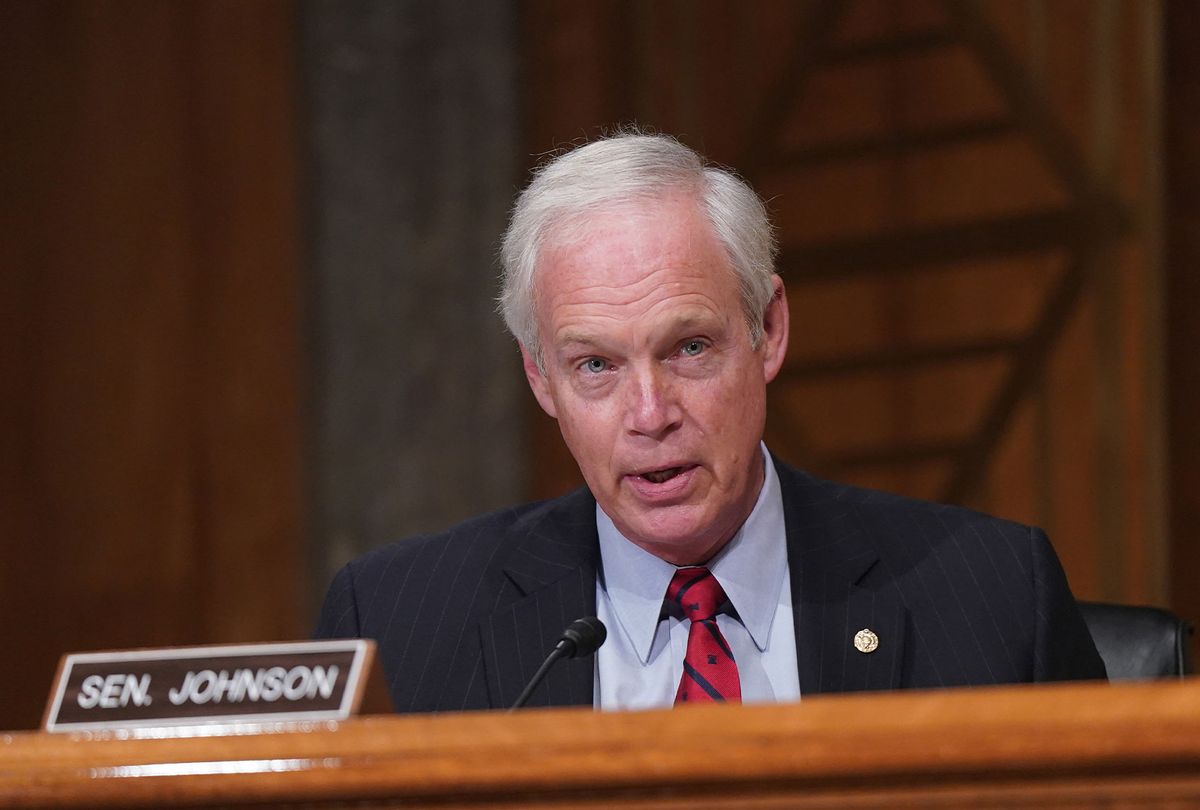 Sen. Ron Johnson, R-Wisc., paid next to nothing in 2017 state income taxes compared to previous years, despite reporting an individual income of at least $450,000.

According a Milwaukee Journal Sentinel report released Thursday, the Republican lawmaker paid exactly $2,105 in state income taxes — a staggeringly small amount compared to the $60,000 average he paid over the past decade.

Johnson's office has declined to explain the aberration. "The senator had a smaller tax payment because he had less income to report in 2017," said Vanessa Ambrosini, a spokeswoman for Johnson, told the Journal Sentinel. "The senator will not be providing media with his tax returns."

There are myriad reasons Johnson's declared income may have been substantially lower than what he's reported in the past, Andrew Reschovsky, a professor emeritus of economics and public policy at the University of Wisconsin-Madison, told Channel 3000. For instance, Johnson may have made a sizable donation to a nonprofit organization, incurred significant business losses, or benefited from a special deduction.

Johnson has not yet signaled whether he'll run for a third term next year. If he does, Ambrosini told the Journal Sentinel, he will provide a similar "tax detail" to that seen in previous years. During his 2010 Senate race, Johnson provided three years of federal tax returns, though he failed to do the same in 2016.

According to Johnson's most recent tax filing, the senator's net worth lies somewhere between $16.5 million and $78.1 million, as of last year. Most of his wealth appears to have stemmed from a 2020 sale of his share in Pacur LLC, an Oshkosh manufacturer of plastics.

"Wisconsinites deserve to know what Sen. Johnson is hiding in his financial records," said Philip Shulman, a spokesman for the Wisconsin Democratic Party.

It isn't the first time Johnson has been under scrutiny over tax issues. In August, ProPublica reported that the Wisconsin legislator threatened to vote against Donald Trump's 2017 tax overhaul if the bill didn't include a provision to "sweeten the tax break for a class of companies…known as pass-throughs" — a classification that allows those companies "to effectively skirt corporate income tax by letting profits directly pass through to owners, who then pay income tax on the gains," ProPublica explained. Two of Johnsons' major donors ended up being major beneficiaries of the tax break, which Johnson's pressure secured. He then in turn voted yes on Trump's tax plan.

Johnson has also been widely criticized for his ardent support of Donald Trump. The senator voted to acquit Trump following the Capitol riot, which he claimed "didn't seem like an armed insurrection to me."  Then, in March, the senator said in a radio interview that he would have been "a little more concerned" if the rioters were affiliated with the Black Lives Matter movement or Antifa. His comments were widely panned by his colleagues in Congress.