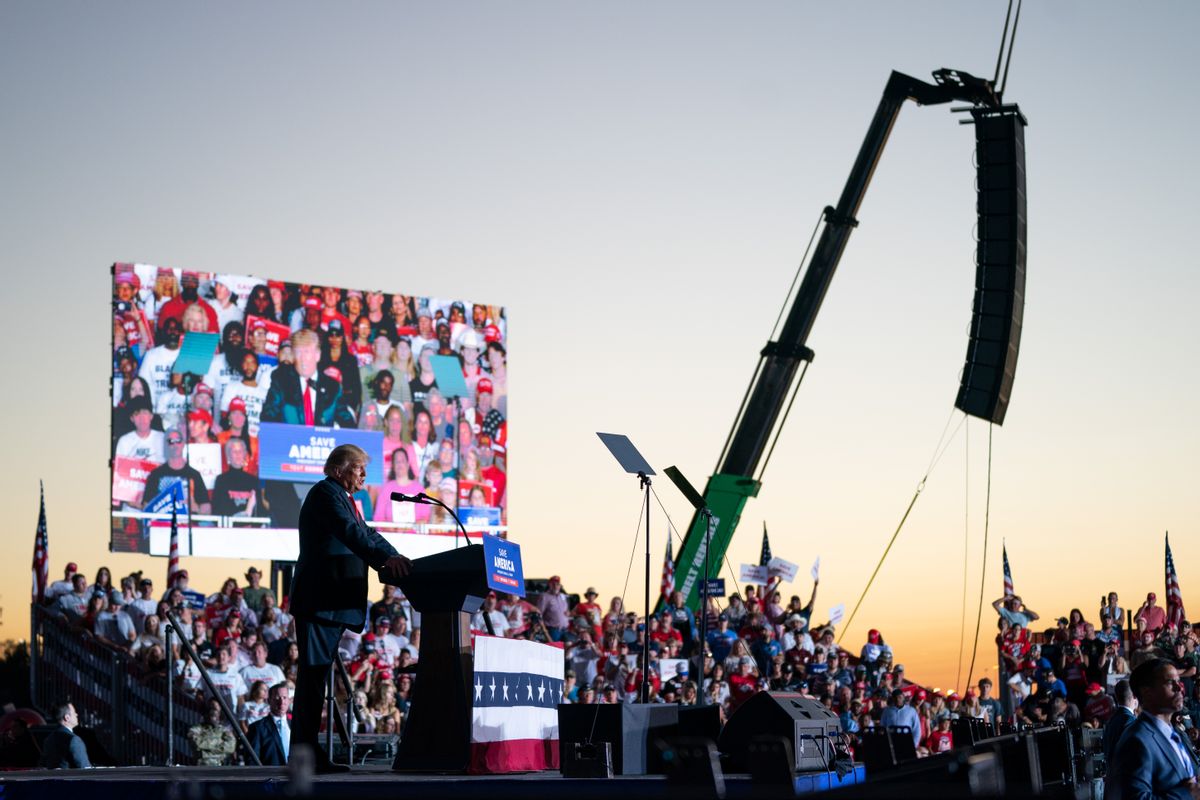 Lance Cpl. Hunter Clark, an active-duty Marine who appeared over the weekend on stage with former President Donald Trump at a "Save America" rally, is now being investigated by the United States military for potentially breaking rules against taking part in political activities.

Task & Purpose reports that Clark appeared at the Trump rally and claimed to have helped rescue a baby at the airport in Kabul as America evacuated its forces from Afghanistan.

However, the military says that it cannot confirm that Clark rescued an infant at this time, and it tells Task & Purpose that no videos it has seen of soldiers rescuing infants at the airport feature Clark.

However, Clark has some facts working in his favor, writes Task & Purpose, including the fact that he "was not in uniform when he appeared with Trump" and "nor did he campaign for a political candidate or suggest that service members follow a political party."