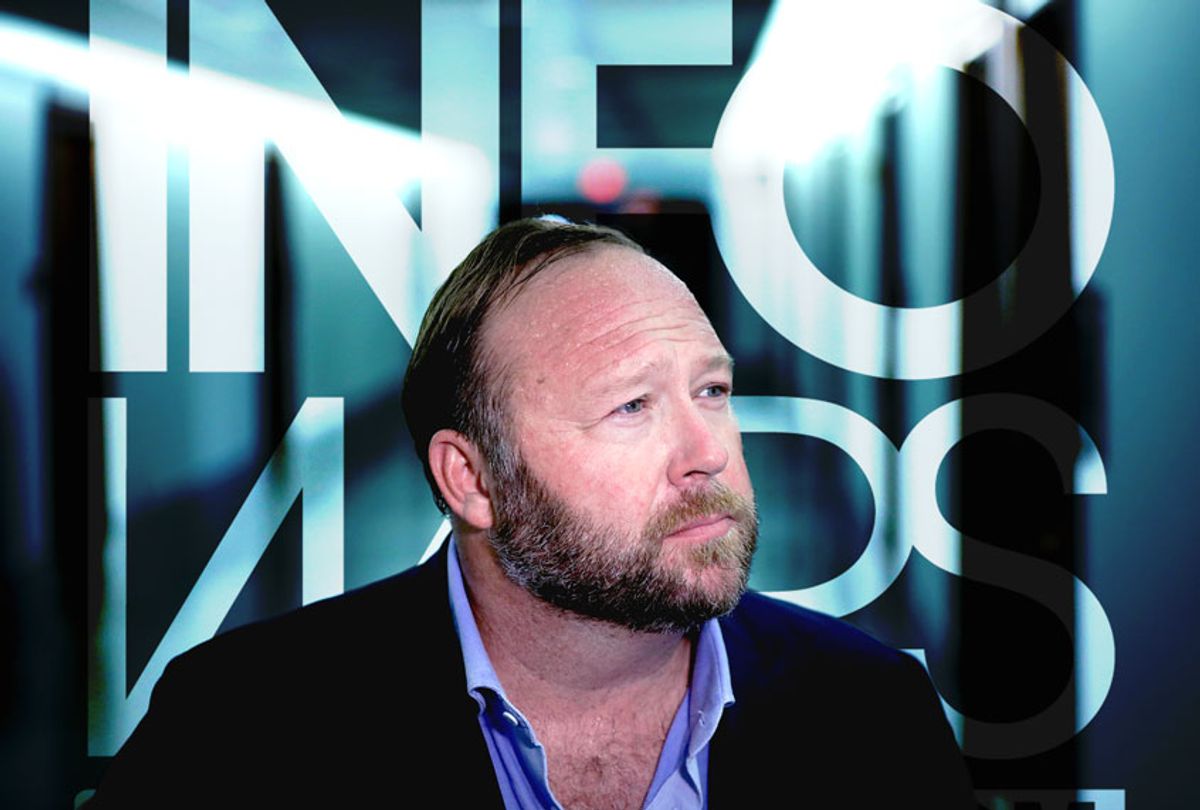 Far-right radio host Alex Jones on Thursday claimed that the First Amendment was "crucified" because of three rulings that hold Jones responsible for defaming the families of children who were killed in the 2012 Sandy Hook shooting.

The decision, first reported by The Huffington Post, effectively resolves three years-long lawsuits filed by the parents of the victims, who claimed damages as a result of Jones' baseless allegations that the tragedy was a "hoax"' coordinated by opponents of the Second Amendment. Judge Maya Guerra Gamble on Thursday issued default judgments against Jones for his apparent failure to provide the court with relevant information to the suits.

"The Court finds that Defendants' failure to comply … is greatly aggravated by [their] consistent pattern of discovery abuse throughout similar cases pending before this Court," Gamble wrote.

Jones, for his part, has steadfastly denied all wrongdoing and accused the proceedings of being "show trials."

"The trial court's entry of a default in these cases is stunning," Jones wrote in a joint statement with Infowars attorney Norm Pattis. "It takes no account of the tens of thousands of documents produced by the defendants, the hours spent sitting for depositions and the various sworn statements filed in these cases."

"Nothing less than the fundamental right to speak freely is at stake in these cases," the two added. "It is not [sic] overstatement to say the first amendment was crucified today."

Responding to the rulings in a Banned.com broadcast, Jones later said "my identity is not Sandy Hook."

The fatal shooting occured back in December 2012, when 20-year-old Adam Lanza stormed the Newtown, Connecticut elementary school and gunned down twenty children and six adult staff. Shortly after the tragedy, Jones began to promulgate baseless conspiracy theories alleging that the event was staged by "crisis actors," many of whom, he said, were parents of the victims.

Gamble's decisions center on three lawsuits brought by Pozner and Veronique De La Rosa, a parent of another victim. The other two suits were filed by Neil Heslin and Scarlett Lewis, also parents of victims. A number of other similar lawsuits are reportedly being filed against Jones by parents in Connecticut.

"​​My clients have and continue to endure [Jones'] 5-year campaign of repulsive lies," one lawyer of the plaintiffs', Bill Ogden, said. Quoting the judge's ruling, Ogen continued: "We believe the Court hit this nail on the head when it considered Alex Jones' and Infowars' 'bad faith approach to this litigation,' Mr. Jones' 'public threats,' and Jones' 'professed belief that these proceedings are show trials.'"