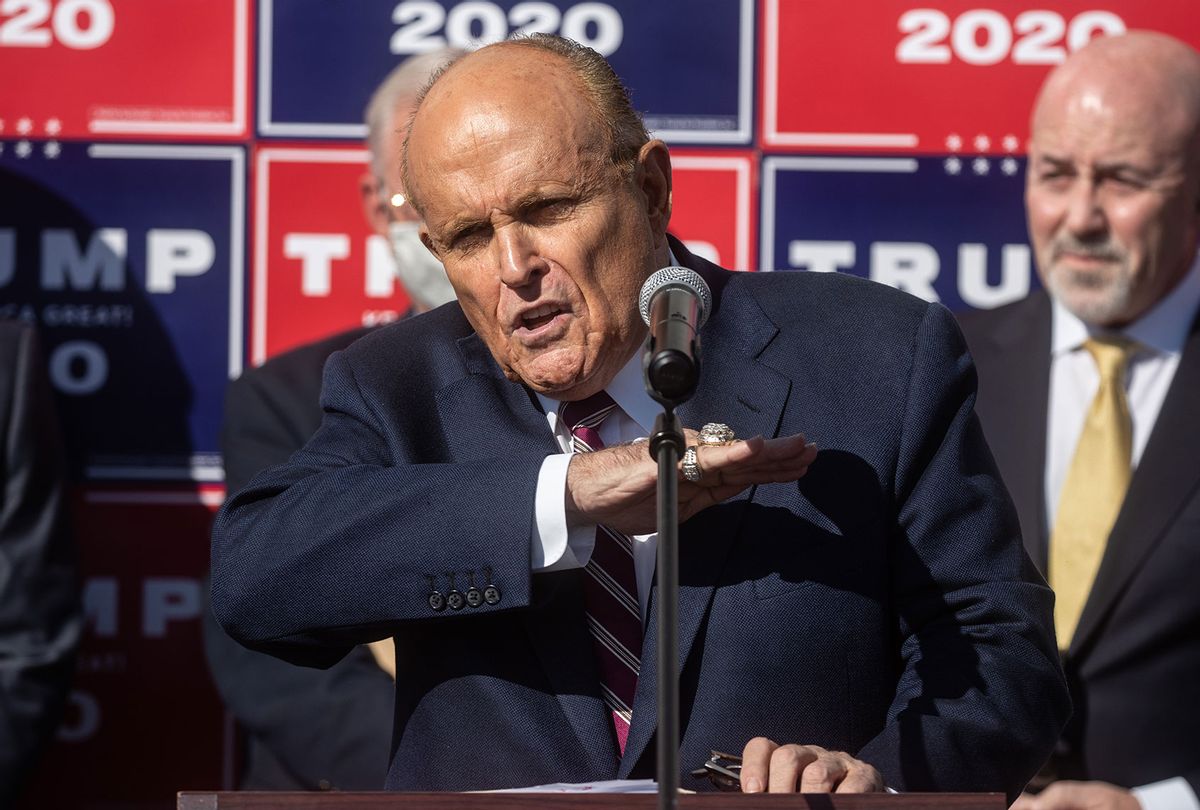 Rudy Giuliani appears to have finally let slip the source for at least some of his evidence of widespread voter fraud in last year's presidential election: social media.

To boot, the onetime mayor of New York City even admitted that he did not independently contact his sources or fact-check their claims, adding that doing so would have made him a "terrible lawyer."

Giuliani shared the news in a deposition hearing in August, according to the Colorado Sun, which first obtained the court documents this week. The Denver-based defamation case, which concerns false claims about election security company Dominion Voting Systems, began after Giuliani and others shared baseless conspiracy theories about the company's role in "rigging" the 2020 election against Donald Trump.

One employee in particular, Eric Coomer, brought the suit after he became the subject of a series of claims from various Trumpworld characters alleging he was at the center of a shady plot to elect Joe Biden.

Now, however, we know where those claims originated: on social media posts Giuliani saw — and then promptly forgot the details of. In fact, Giuliani admitted that he could not even remember which platform he saw these posts on, despite the fact that they spurred him to mount a monthslong quest to overturn the country's presidential election.

"Those social media posts get all one to me," Giuliani said. And when asked if he could remember anything else about the evidence he had been citing for months as justification for Donald Trump's reinstallment, he said: "Right now, I can't recall anything else that I laid eyes on."

Prior to the deposition, The New York Times tracked down what may have been the source of Giuliani's claims about Coomer, which apparently first surfaced in comments made by right-wing podcast host Joe Oltmann.

The popular far-right media personality claimed to have infiltrated an "Antifa conference call," which was attended by a Dominion employee who identified himself as "Eric." He offered no proof to back up the tale, though that didn't stop the claims from spreading like wildfire in the conservative media ecosystem.

Giuliani even parroted the claims in a press conference last November.

"One of the Smartmatic patent holders, Eric Coomer, I believe his name is, is on the web as being recorded in a conversation with Antifa members saying that he had the election rigged for Mr. Biden," Giuliani said.

The Times also obtained a memo from the Trump campaign that reportedly showed the president's high-level surrogates, including Giuliani, knew their claims about voter fraud were false. This included the idea Coomer was somehow an anti-fascist organizer.

But when asked by lawyers during the August deposition hearing, Giuliani admitted that he didn't bother to fact-check the claims, or even reach out to Oltmann at all.

"It's not my job in a fast-moving case to go out and investigate every piece of evidence that's given to me," Giuliani said.

"Why wouldn't I believe him? I would have to have been a terrible lawyer… gee, let's go find out it's untrue. I didn't have the time to do that."