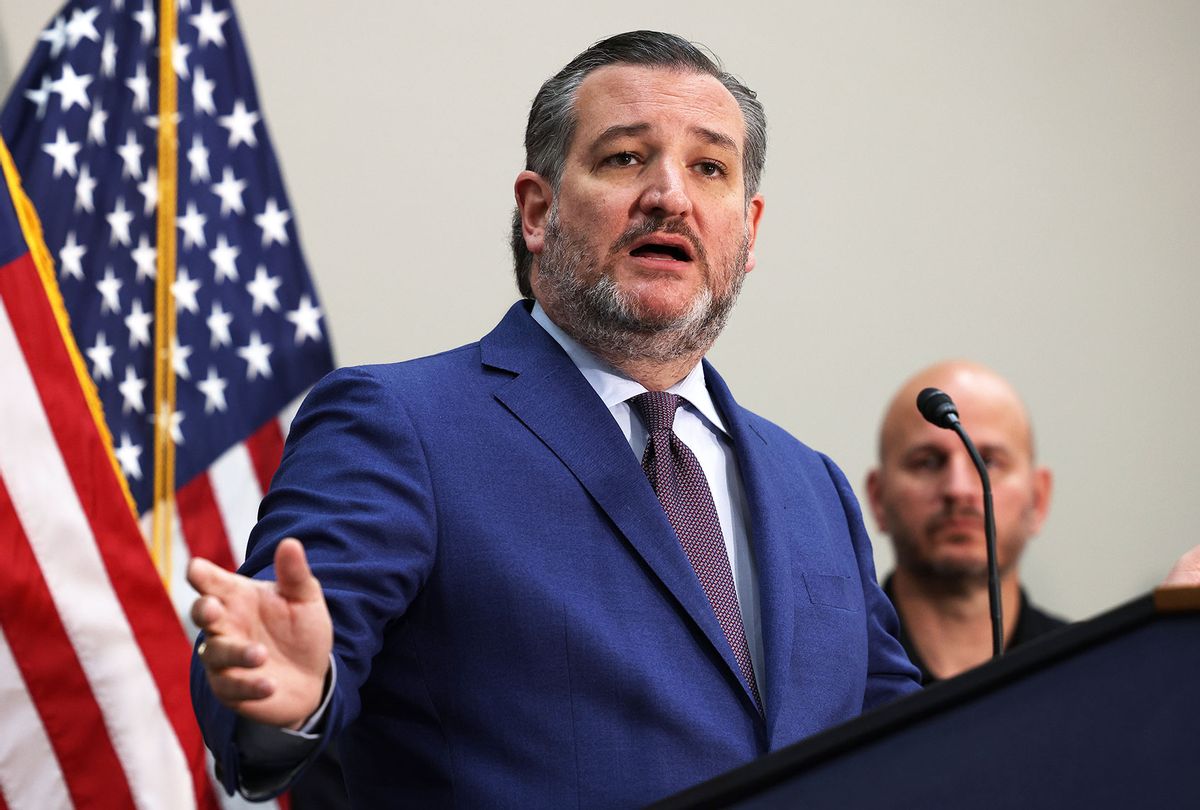 According to a report from the New York Times, Sen. Ted Cruz (R-TX) is taking withering fire for delaying dozens of appointments to the State Department and leaving multiple ambassadorship appointees in a holding pattern as he squabbles with President Joe Biden.

According to one Democratic senator, Cruz's power play is both unprecedented in its scope and is putting the nation's security at risk.

As the Times' Michael Crowley writes, Cruz appears to be using his disagreement with the Biden administration over the Nord Stream 2 pipeline that will transport gas from Russia to Germany to raise his political profile once again as he looks toward the 2024 GOP presidential nomination race.

Noting that the last Senate confirmation vote occurred on Aug. 11 with the confirmation of former Senator Ken Salazar (D-CO) as the ambassador to Mexico, the report adds that Biden administration is furious that the Texas Republican is "...delaying dozens of State Department nominees, including 59 would-be ambassadors, and vowing to block dozens more. Democrats call Mr. Cruz's actions an abuse of the nomination process and the latest example of Washington's eroding political norms. They also say he is endangering national security at a time when only about a quarter of key national security positions have been filled."

The Times reports, "While Mr. Cruz cannot entirely block Mr. Biden's State Department nominees, he has greatly slowed the process by objecting to the Senate's traditional practice of confirming uncontroversial nominees by 'unanimous consent.' His tactic means that each nominee requires hours of Senate floor time while other major priorities, including President Biden's domestic spending agenda, compete for attention."

Sen. Bob Menendez (D-NJ) the head of the Senate Foreign Relations Committee, scorched Cruz when talking about his obstructionism.

"It's really an undermining of the nation's national security process," he explained. "What we have here is an unprecedented, blanketed holding of all nominees — regardless of whether they have anything to do with the policy issues at stake. That is not something I have seen in 30 years of doing foreign policy work," before adding again, "This is unprecedented."

"We can give him the benefit of the doubt that his goal is to micromanage U.S. foreign policy," he stated before adding, "This is not about his objection to Nord Stream 2. This is to get a lot of eyeballs from a fight with President Biden."