Teaching students to think has become a risky proposition 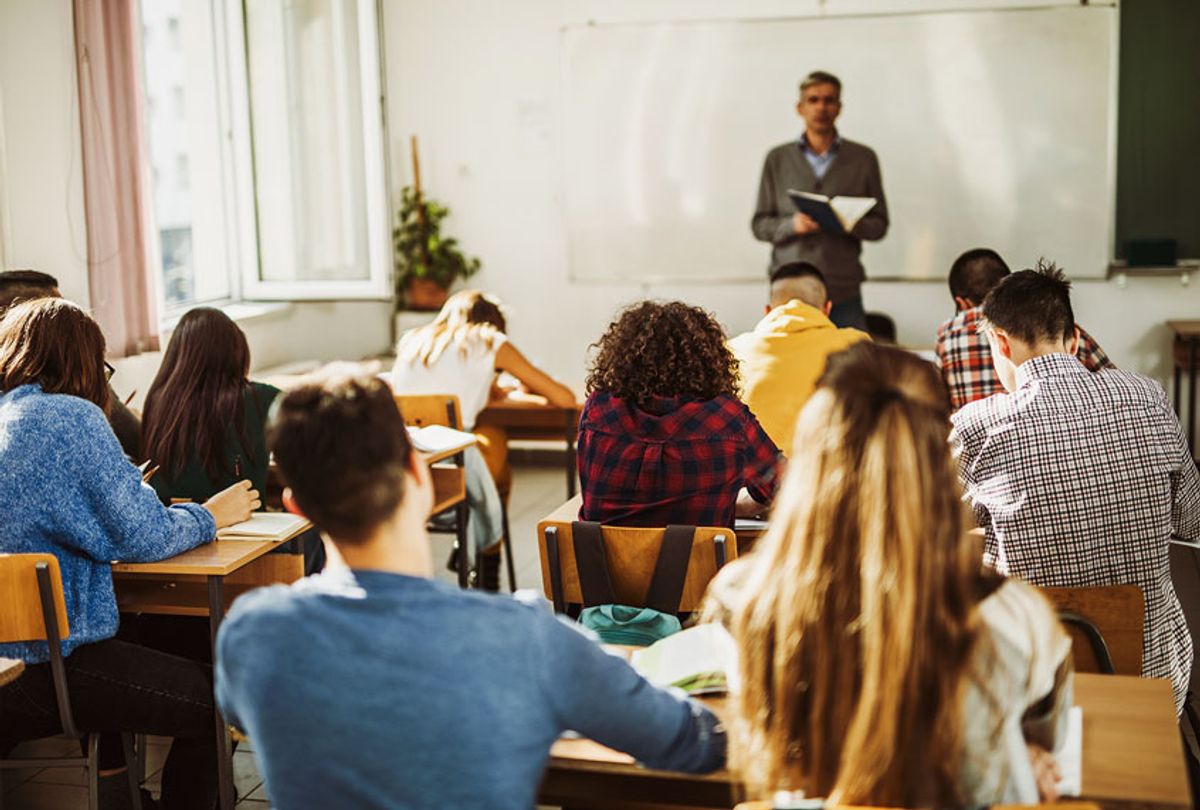 No shortage of ink has been spilled on how the pandemic has affected school-aged children: the pitfalls of remote learning, the digital divide, the psychological effects of social isolation on young brains, and upticks in domestic violence brought about by stay-at-home orders have made headlines throughout lockdown.

But there's an issue, a more invisible one, that hasn't received quite as much attention. Yet as an educator, I see it as the elephant in the room.

COVID-19 has provided fertile ground for teaching about polarizing topics in the classroom. The Black Lives Matter movement, the right's incoherent outrage over critical race theory, mask mandates, vaccination requirements and the public's response to all of these issues have made it impossible to avoid these topics in the classroom.

As a college professor and former K-12 teacher, I am worried about the pandemic's impact on an entire generation's ability to navigate adulthood with a finely tuned capacity to discern fact from fantasy and science from conspiracy. In other words, I'm concerned about what will become of our children's ability to think, particularly as teachers' freedom to teach about real-world and contentious issues is increasingly threatened by circumstances beyond their control.

I'm reminded of an email that's been circulating on social media in recent weeks. It was written to school administrators by a parent of a fifth-grade student. In it, the parent expresses disgust over their child being required to read an award-winning novel titled "Front Desk" by New York Times bestseller Kelly Yang. The story is loosely based on the author's experiences immigrating from China to America. It's a book about one family's struggles with language barriers, discrimination and other difficulties inherent to moving to a country built on racism and xenophobia.

According to a starred review from Booklist (a publication of the American Library Association), "This book will help foster empathy for the immigrant experience for young readers, while for immigrant children, it is a much-needed and validating mirror… deserving of shelf space in every classroom and library."

It seems that the author's story, replete with cross-cultural themes and efforts to foster empathy in young readers, was a little too much for one parent to bear. In the email, they demanded that their child be removed from the classroom at those times during which this "CRT book" is read and discussed, and also forbade the teacher from assigning their child any other work published by Scholastic, the world's largest publisher and distributor of children's books — as, according to the parent, "Scholastic is behind the BLM movement."

I do not know how administrators or teachers responded to the parent's racist diatribe. In my fantasy world, I like to think that the parent was strongly advised to find a school for their child in which it's considered a waste of time to foster empathy, humility and the capacity for students to think outside of themselves. I also like to think that the teachers teaching this book were fully supported by the administrators. We'll never know how this situation played out behind the scenes.

My concerns, however, mostly rest with the child growing up in a home environment in which parents fight tooth and nail to protect their children from books featuring non-white characters; a home where empathy and antiracism are considered controversial. As a matter of self-preservation, I've stopped short of allowing myself to imagine this child's chances and future and the sort of impact on society they might have later on, when they're old enough to do real damage. An educator, such thoughts can overwhelm me into a state of panic.

According to the national Common Core Standards, students across the U.S. are expected to "contribute accurate, relevant information; respond to and develop what others have said; make comparisons and contrasts; and analyze and synthesize a multitude of ideas in various domains" in the name of being productive communicators – and receivers – of information. For me, the operative term here is productive.

As a former middle school English teacher in New Jersey, I often asked my students to deconstruct, analyze, and think about issues as they played out in the world around us. Topics ranged from homelessness to homeschooling, to politics and voting, to school policies to international affairs. I relied on credible organizations like the National Association for Media Literacy Education, Learning for Justice and Common Sense Media for many of these lessons and carefully vetted my sources. Sometimes students would scour the media and identify topics and issues of interest to them. If they happened to bring in questionable information, I encouraged them to explore other perspectives. I'd often provide resources for them to peruse on their own.

We read an array of novels, many written by authors of color that dealt with true stories about racism and other social issues. During my time as a K-12 teacher, I never received one complaint from a frothing parent. To the contrary, I was overwhelmed by school administrators' and parents' trust in my capacity to do what I was educated to do: Teach the children to think.

I've long believed that it was my job to teach students how to think. Facilitating robust discussion and reading books about difficult topics was my favorite thing to do with my students, and I never felt as though I were jeopardizing my career for daring to discuss issues deemed polarizing and controversial by those committed to reinforcing the status quo.

In a lot of ways, I was luckier than today's school teachers. I never had to contend with how the rise of a demagogue followed by a global pandemic and subsequent explosion of conspiracies and digital misinformation narrated my work with children. If I were to pursue K-12 teaching now . . . well, I'd probably think twice about pursuing it at all. If the current news cycle is any indication, it is not far-fetched to wonder whether teachers might be risking their safety—and possibly their livelihood—by daring to ask their students to engage with facts, history, and the realities of this historical moment.

Teaching students to discern information—to think—is perhaps one of the most pressing tasks facing teachers today, a truth brought to bear particularly across the past year and a half. According to a report from nonprofit research groups Public Religion Research Institute and Interfaith Youth Core, 15% of Americans believe in conspiracy theories. Some of these people are being elected into powerful positions on school boards.

For the uninitiated, school boards determine most — if not all — of the learning that takes place in schools. My own school board was forward-thinking and supportive of their district's hard-working teachers. But we also weren't infiltrated with elected members whose entire brand relies on the of spread misinformation in the name of saving the country from Satan-worshipping pedophiles. And while I sure experienced my fair share of interesting run-ins with parents, it wasn't over their refusals to follow CDC guidance or their desire to shield their children from non-white storybook characters.

It's a unique time for teaching and learning, and ripe with opportunity. New media evaluation tools like Checkology, developed by the national education nonprofit News Literacy Project, should — in theory — make the work of teaching kids to think and discern information even easier. If only.

COVID-19 has infiltrated the classroom in more ways than we can possibly see at this moment. But it won't take long. Anecdotally, I learned of a student who spent his senior year of high school on lockdown. During this time, he received a full athletic scholarship to his first-choice university. When he learned of the school's mask mandates (all students and faculty were required to wear masks indoors on campus), he forfeited his spot. When we consider how an entire industry of misinformation dominated digital media since schools went remote, this student seems like another casualty of COVID-19 — just in a very different way.

The health of our democracy requires that schools work to undo the damage that has been wrought this past year. As we move forward, schools are faced with the question of what's worse: Not asking students to grapple with these big issues and facing the long-term ramifications of this decision; or, teaching as we know we must, and setting teachers up for the inevitable fallout. It's a delicate line to walk, and teachers must tread lightly. But not too lightly: Our democracy is at stake.

Christina Wyman is a writer and teacher living in Michigan. Her debut novel "Jawbreaker" is forthcoming with Farrar, Straus and Giroux (2023) and is a Middle Grade book that follows a seventh-grader with a craniofacial anomaly that's caught the attention of her school bullies -- including her own sister. She can be found on Twitter @CBWymanWriter