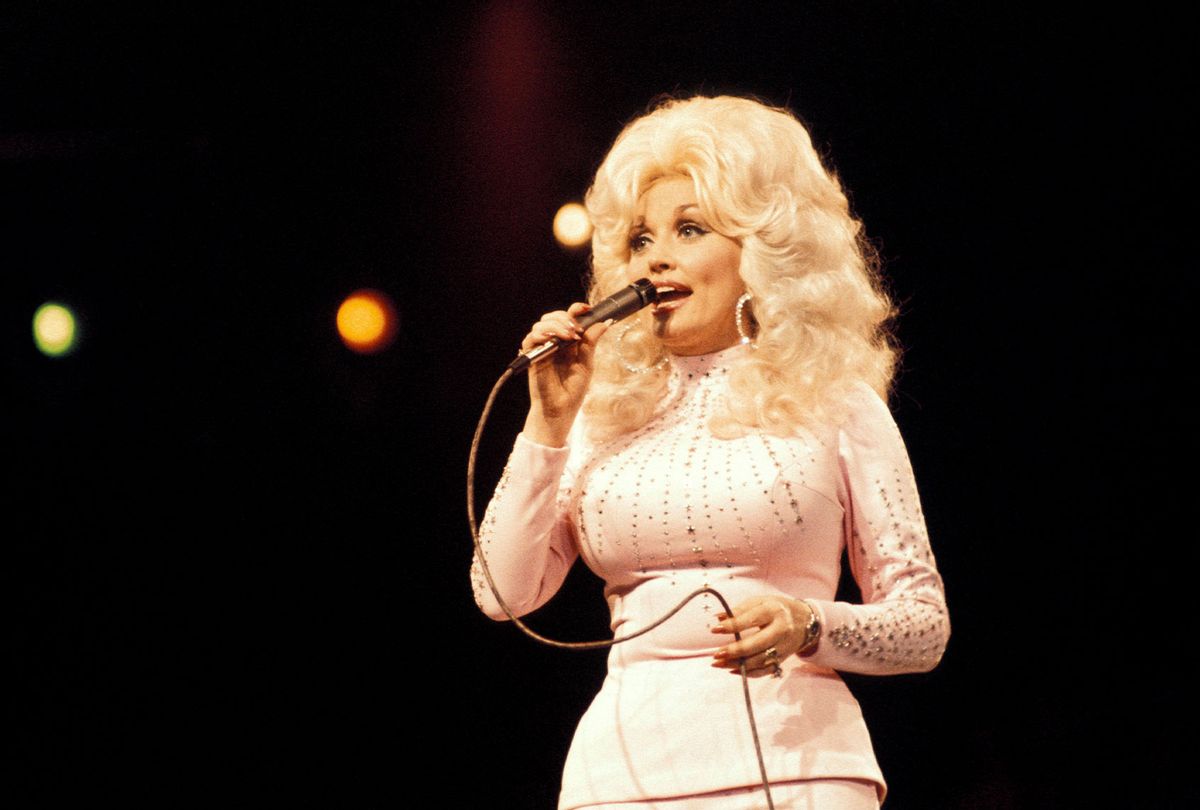 Dolly Parton has many LGBTQ+ fans and has long been considered an enduring queer icon. Parton has spoken out on multiple occasions in support of LGBTQ+ rights and has also been vocal in support of marriage equality. She has also called out Christians for judging gay people, saying: "If you're gay, you're gay. If you're straight, you're straight. And you should be allowed to be how you are and who you are."

Parton's outspoken support for the LGBTQ+ community can first be seen way back in 1991 on the album "Eagle When She Flies," which features the song "Family," with its lyrics: "Some are preachers, some are gay, some are addicts, drunks and strays. But not a one is turned away when it's family."

But it is the title track on her "Coat of Many Colors" album, released 50 years ago this September, that resonates with so many LGBTQ+ fans. The song describes an episode from Parton's childhood growing up in rural poverty where her mother sews her a coat out of different coloured rags. For the young Parton, this gives her a sense of pride in herself as well as helping her stand out and receive attention from her parents (which with 12 siblings was no mean feat). But upon going to school the other children just see the rags and make fun of her.

From Shame To Pride

Parton from through feeling proud wearing the coat to shame at the hands of the other school children. She attempts to resolve this by reasserting a sense of pride: "One is only poor only if they choose to be." Far from blaming those who have no money for their misfortune, this line is about redirecting shame.

The song's reworking of shame is what enables it to travel and resonate with so many different listeners. In the recent BBC biopic, "Dolly Parton: Here I Am" (later released on Netflix), Parton describes the song as her "philosophy", saying: "It's OK to be different. You know, it's OK to not be like everybody else. In fact, it's not only OK, it's wonderful that you are who you are."

This transformation of shame into pride has long been a strategy used throughout LGBTQ+ history and politics. And the wearing of the coat of many colours has striking visual similarities with the LGBTQ+ pride flag — an image that has become increasingly resonant as Parton's LGBTQ+ advocacy has become more pronounced.

"Coat of Many Colors" has now reached the ripe old age of 50, but it's still as relevant now as when it was released in October 1971. Nominated for album of the year at the 1972 Country Music Association Awards, it also appeared at Number 257 on Rolling Stone's 2020 list of the 500 Greatest Albums of All Time.

The album was released when Parton was still heavily connected to her musical partner Porter Wagoner. And "Coat of Many Colors" showed she was fast outgrowing him. The album was a defining moment for Parton to assert her agency and independent identity as an artist.

"Coat of Many Colors" continues to be one of Parton's most popular songs, as shown by the enthusiastic response to it during live shows.

The song also connects with audiences worldwide — Parton has a lot of fans in Nigeria and Kenya — due to its relatable story of family, struggle and acceptance. But as wonderful and historically significant as this song is, the "Coat of Many Colors" album has more than just one song of note.

Parton wrote seven out of the ten songs on the album. All of them showcase the refinement and evolution of Parton's craft from the comic representations of sexuality in Traveling Man, where a young girl falls in love with her travelling man only for him to abandon her for her mother, to the evocative pastoral imagery of the mountain landscape where she grew up in "Early Morning Breeze" and "My Blue Tears."

A key song that captures the essence of Parton's philosophy is "Here I Am," which Parton recently re-recorded with Sia for the Netflix film "Dumplin'." A gospel-inflected country song, Parton's vocals and lyrics enable its message to travel wide. Parton acknowledges the hardship of people's situations so that her message of belief is not invalidating.

Through Parton's storytelling, others from all walks of life that are facing difficulties can identify with the emotional content of the song and hear the resounding message of hope.

Parton has herself indicated that she would like to be remembered foremost as a songwriter. Not to disregard the significant impact Parton has had on the LGBTQ+ community via her media persona and image, but an understanding of Dolly is much more enriched by a deeper understanding of her songwriting.