Trumpworld has one rule, it appears: Don't mess with the money 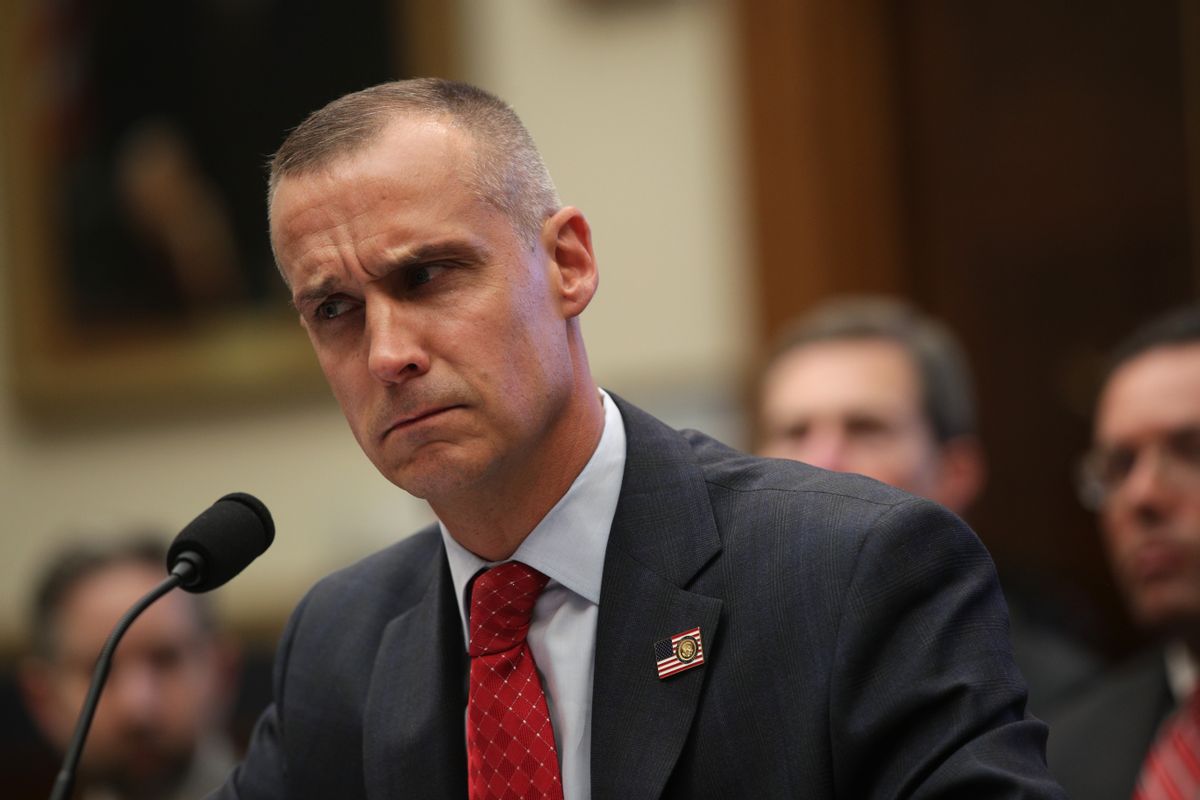 It appears that despite a long track record of alleged poor behavior being swept under the rug, longtime Trump advisor Corey Lewandowski may not emerge from his latest scandal unscathed.

A new op-ed published by Politico explores the aspects of Lewandowski's current legal situation and why TrumpWorld suddenly began making efforts to distance itself from him. Currently, Lewandowski is facing sexual misconduct allegations for is questionable interactions with Trashelle Odom.

She claims Lewandowski "repeatedly touched her, including on her leg and buttocks, and spoke to her in sexually graphic terms" and "stalked" her throughout the night while they attended a Las Vegas charity event last weekend. She also claims he "allegedly remarked on the size of his genitalia, described his sexual performance and showed [her] his hotel room key."

Although Lewandowski has a history of accusations for this type of behavior, Politico pointed to a recent report by York Times reporter Maggie Haberman who explained why this situation is particularly different. Lewandowski's actions could lead to a domino effect of problems the former president does not want contend with. Hagerman reports that Trashelle Odom happens to be the wife of an Idaho construction company CEO who happens to be longtime Trump donor.

"Aides to Mr. Trump insist this latest incident is different, particularly because it involves a donor to the former president," Haberman reported.

In short, money matters to Trump and his campaign team far more than Lewandowski despite his longtime loyalty to the former president. In fact, on Wednesday, Trump's spokesperson Taylor Budowich tweeted a statement confirming the PAC had cut ties with Lewandowski.

"Pam Bondi, the very talented and honorable [former] AG of FL, has our complete faith and confidence in taking over" the super PAC, Budowich's tweet read. "Corey Lewandowski will be going on to other endeavors and we very much want to thank him for his service. He will no longer be associated with Trump World."

Haberman also noted, "With Mr. Trump out of office, most of his advisers now have clients outside his immediate world. But Mr. Lewandowski's efforts came under intense scrutiny from other Trump aides."