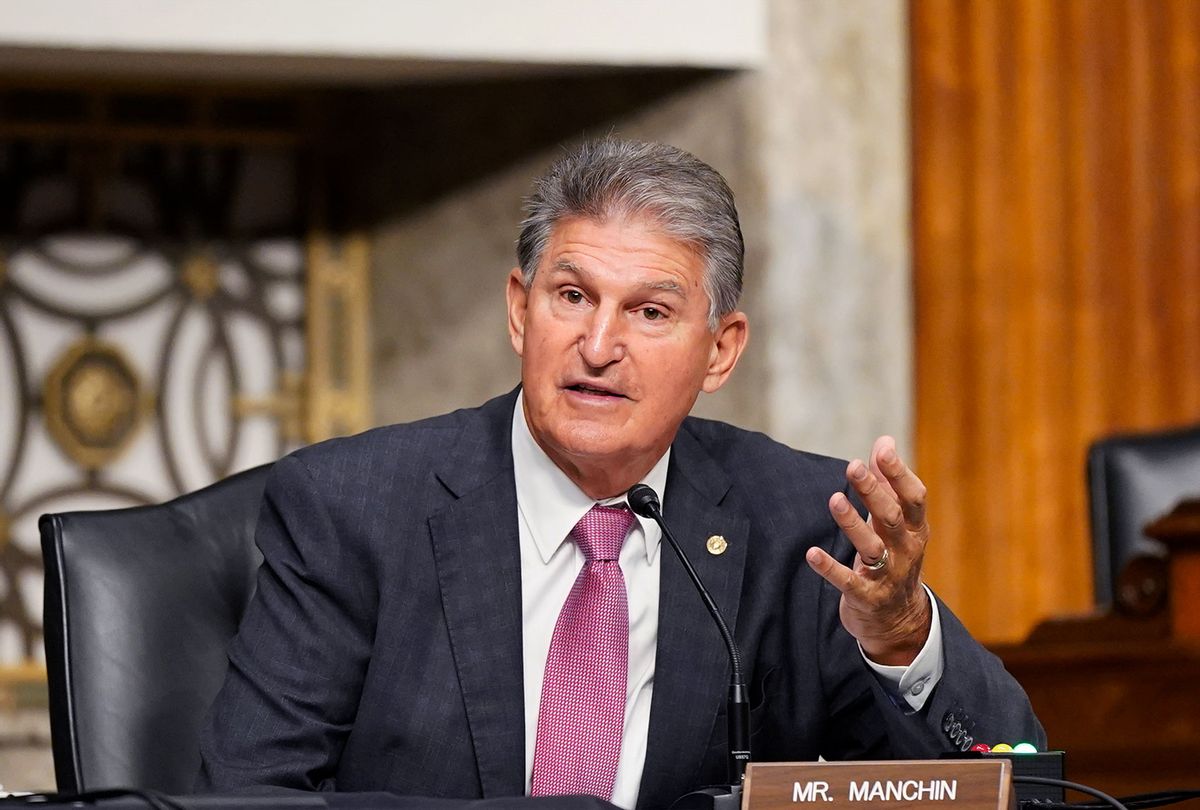 Climate campaigners on Friday responded to Sen. Joe Manchin's unrelenting obstruction of his own party's efforts to spend $3.5 trillion to combat the climate crisis and make other major social investments by accusing the right-wing West Virginia Democrat of doing the fossil fuel industry's bidding, and drawing attention to the "modern-day coal baron's" staggering conflicts of interest.

Manchin's insistence on a top-line reconciliation bill spending level of $1.5 trillion defies the wishes of the vast majority of his own constituents and has drawn fire from progressive critics, some of whom noted the senator's consistent support for annual Pentagon budgets approaching or surpassing $700 billion.

Others have drawn attention to the fact that Manchin is currently the top congressional recipient of fossil fuel industry donations, and last year personally earned roughly three times as much income from investments in his son's coal company as he did from his congressional salary. Since his election to the Senate in 2010, Manchin has made more than $4.5 million from his family's coal business. He has also earned the praise of an ExxonMobil lobbyist for obstructing climate action.

"Should any lawmaker with such a sizable financial conflict of interest wield decisive influence over what the U.S. government does about a life-and-death issue like the climate emergency?" asked Covering Climate Now executive director Mark Hertsgaard in a Thursday column calling Manchin a "modern-day coal baron."

"Shouldn't there be public discussion about whether that lawmaker should recuse himself from such deliberations?" Hertsgaard added.

"The Biden administration was trying to... move toward the clean energy world that both physics and finance demand — but the fossil fuel industry won't let it, and Manchin is their hostage-taker," he continued. "Whatever deal emerges today will be judged on... whether or not it allows us to meet [President Joe] Biden's target of cutting emissions in half by 2030. If Manchin gets his way, that won't happen."

"Manchin came to power with an ad showing him shooting climate regulations," added McKibben, "now he's holding a gun to the planet's head."

On Thursday, Varshini Prakash, executive director of the youth-led climate justice group Sunrise Movement, said, "Let's be clear, progressives are not the ones delaying the vote—Joe Manchin and Kyrsten Sinema are."

"The reality is that while our movement has been fighting like hell to pass historic climate, immigration, and economic policies, Manchin and Sinema have been in backroom fundraisers finding ways to kill the $3.5 trillion climate and jobs package to help working people," she added. "Let's stop pretending that there's anything else going on."