How the once-feared mu variant all but disappeared

The vaccine-resistant variant turned heads when it was discovered. It hasn't been detected anywhere for two weeks 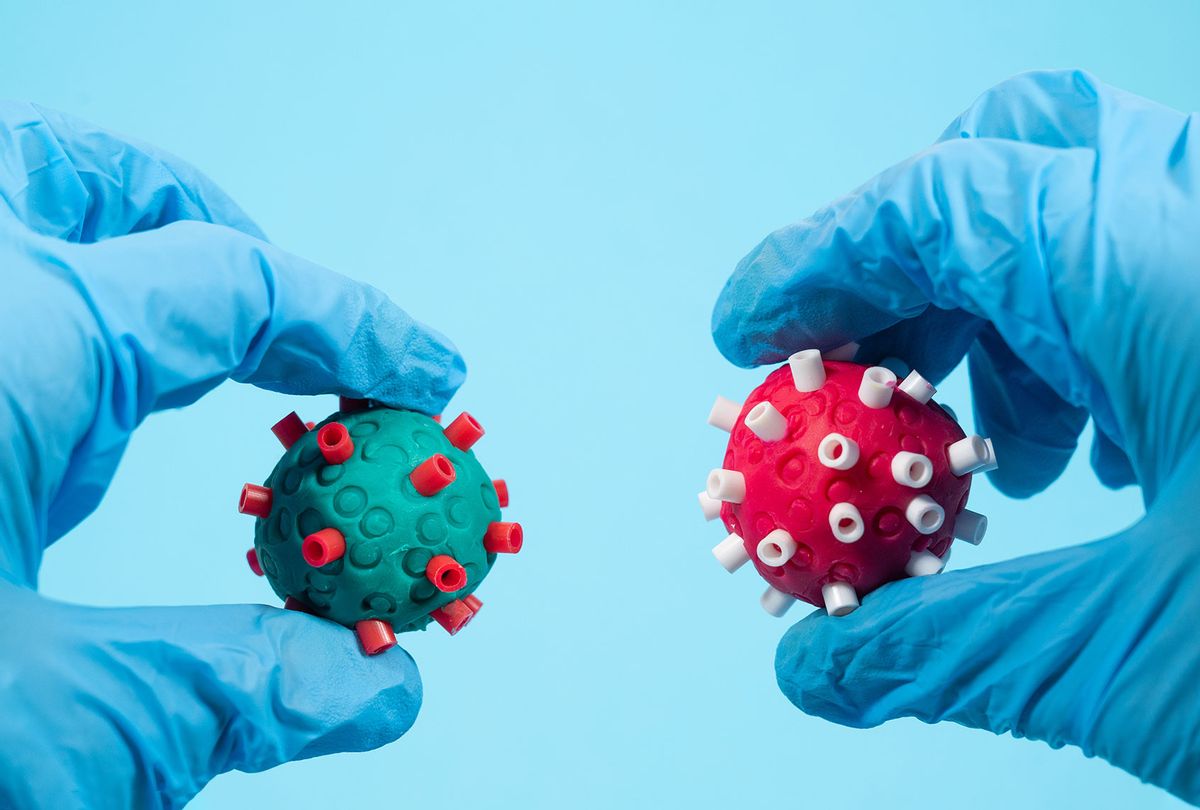 In September, news broke that a new coronavirus mutation — the mu variant, formally known as B.1.621 — could potentially evade vaccine-induced immunity.

"This variant has a constellation of mutations that suggests that it would evade certain antibodies, not only monoclonal antibodies, but vaccine- and convalescent serum-induced antibodies," President Joe Biden's COVID-19 adviser Dr. Anthony Fauci told reporters in September. "But there isn't a lot of clinical data to suggest that. It is mostly laboratory in-vitro data."

At the time, the idea of a vaccine-resistant variant sent a shockwave of fear through the world. The dreaded delta variant was already known to be more resistant to vaccines than the original SARS-CoV-2 virus. Could mu, which was first discovered in Colombia, be worse than delta? Indeed, mu appeared to have specific mutations that have been associated with resistance to immunity, as well a mutation known as P681H that has been linked to accelerated transmission.

Now, nearly a month later — long after the World Health Organization dubbed the mu variant one "of interest" that needed to be monitored — data from outbreak.info shows the mu variant hasn't been detected in the U.S., nor anywhere in the world, since September 21, 2021.

Does that mean the mu is no longer a threat? The short answer is: probably. But Joseph Fauver, an associate research scientist at the Yale School of Public Health, wouldn't go as far as saying it's been "eradicated," as some news outlets have reported either.

"To say it was 'eradicated' would imply that we, humans, went out of our way to make that happen … but as far as mu or B.1.621 longer being around, yeah, I would totally buy that," Fauver said.

Fauver clarified: "What actually happened was that it was effectively out competed by delta."

A similar trend has been observed with the alpha variant, or B.1.1.7, which was first found in the United Kingdom. According to outbreak.info, a multi-institution coronavirus public health database which collects genomic data from the GISAID Initiative, B.1.1.7 was last detected in the U.S. on September 17, 2021. It was last detected anywhere in the world on September 21, 2021.

As Fauver explained, these dates are derived from the last known genetic detection of each variant in random samples from patients. Because not every COVID-19 case is sampled and DNA tested, there is no way to know with absolute certainty if these variants are indeed still circulating — especially when COVID-19 positive case rates are as high as they are in the United States.

But as weeks go by, the delta variant continues to be the dominant strain worldwide.

Delta's dominance over the other strains may be a blessing in disguise. Indeed, delta is spreading 50% faster than alpha and is 50% more contagious than previous variants. Yet mu certainly had its own set of troubling mutations.

Fauver added: "If it would not be for delta it may have been much more concerning and it could have gotten to a lot higher frequencies."

If that's the case, why did the delta variant win out?

"Million dollar question," Fauver said. "I can confidently say that delta is more transmissible, but exactly as to why, I think the jury's still out and there's still more science to be done." Fauver speculated it could have to do with something happening at a molecular level.

If the variants that made up the first part of the pandemic essentially die off, and delta is the dominant one worldwide, does that mean delta is the variant we can expect to stay around long-term? Not yet. That's because RNA viruses like SARS-CoV-2 are always mutating. While viruses are technically not alive, it is their nature to mutate and evolve as they infect hosts' cells and replicate.

In fact, the delta variant has already mutated— just not in a way that's been significant to humans. In general, the rate at which mutations happen depend on the virus.

"Viruses replicate and survive and pass their genes to the next generation just by making more copies of themselves," said Sasan Amini, founder and CEO of Clear Labs, a private genomics company. "This replication process is not a perfect process, meaning that while you're going through the replication process errors will be introduced. But these errors are actually being corrected and the result of that actually ends up creating copies that are almost identical to each other."

Many mutations get eliminated in the process of natural selection, Amini said, but sometimes mutants get a competitive advantage— like delta.

"Those mutants actually end up replicating faster, being more infectious, and end up over time becoming the more prevalent part of the population," Amini said. "And that is pretty much what happened."

Amini said some of delta's mutations are similar to mu, but not all. This is all to say that it's possible that delta could mutate into something different.

"Whatever is defined as delta today is not going to be pretty much the only SARS-CoV-2 that you will see in future," Amini said. "And as a result of that actually means that it is very essential for any government entity, public health entity, all of the public health response, to surveil and sequence emerging and also existing versions of SARS-CoV-2."

Does this mean an even worse iteration of delta awaits? Fauver said he's not in the "prediction business," but said that a lot of mutations seen in variants of concern are shared. They have, he said, the same "repertoire."

"Is there some new suite of mutations out there, waiting to be found, to make the virus even worse? I have no idea," he said. "Delta is really transmissible, it is a really bad virus, and I hope it doesn't really get any worse than this."