Fellow Republicans say Janice McGeachin's power grab was and "abuse of power," wonder, "How stupid can you be?" 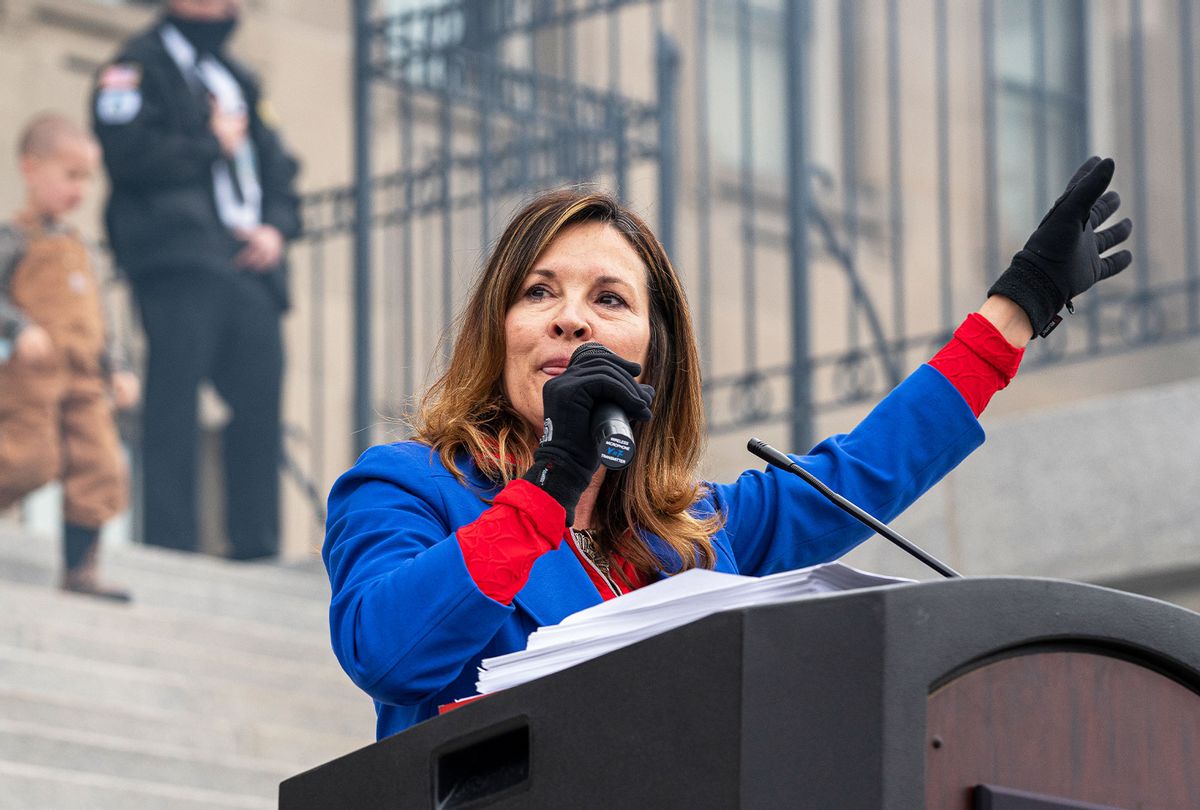 Idaho Gov. Brad Little vowed to rescind an executive order issued by fellow Republican Lt. Gov. Janice McGeachin on Tuesday banning vaccine requirements while he traveled to Texas for a photo-op at the southern border.

Idaho's constitution requires the lieutenant governor to serve as the state's acting governor when the governor leaves the state, which can be especially problematic because the two run for office separately rather than on a joint ticket. McGeachin, a far-right Republican, has repeatedly clashed with Little, and plans to run against him in the Republican primary next year.

McGeachin issued an executive order on Tuesday banning schools and businesses from requiring COVID vaccines or mandatory testing while Little was in Texas with nine other Republican governors for a joint appearance attacking President Biden's handling of immigration. Little had already issued an executive order in April to ban state agencies from requiring vaccines, but not schools or businesses. McGeachin bragged on Twitter that she had "fixed" Little's directive.

McGeachin's order came as the state grapples with an alarming shortage of ICU beds amid Idaho's worst surge of infections yet. Some hospitals in the largely rural state of 1.8 million people — less than half the population of Los Angeles — have been forced to ration care for the first time ever. State health officials have been particularly concerned about the rise of hospitalizations among children. Only 52% of eligible residents have been fully vaccinated, one of the lowest rates in the country, and some large counties have vaccination rates well below 40%.

Little said on Tuesday that he will be "rescinding and reversing" any actions taken by McGeachin when he returns.

"I am in Texas performing my duties as the duly elected Governor of Idaho, and I have not authorized the Lt. Governor to act on my behalf," he said in a statement.

McGeachin also unsuccessfully tried to deploy the state's National Guard to the southern border, but Maj. Gen. Michael Garshak, who heads the state National Guard, told her she did not have the authority.

"As of Wednesday, my constitutional authority as Governor affords me the power of activating the Idaho National Guard," McGeachin responded to Garshak in a letter obtained by the Associated Press. "As the Adjutant General, I am requesting information from you on the steps needed for the Governor to activate the National Guard."

Little said that McGeachin's request to the National Guard came before he had even left the state.

"Attempting to deploy our National Guard for political grandstanding is an affront to the Idaho constitution and insults the men and women who have dedicated their life to serving our state and the country," he said, adding that he had previously sent Idaho state troopers to the border to "support drug interdiction efforts."

"How stupid can you be?" Republican state Rep. Greg Chaney questioned on Twitter.

State House Speaker Scott Bedke, a fellow Republican who is running to replace McGeachin as lieutenant governor, called her executive order a "complete grandstand and abuse of her political office in an attempt to influence voters."

It is the second time McGeachin has used her powers as acting governor to issue COVID-related executive orders while Little was away. In May, she issued an executive order banning mask mandates. Little rescinded the order after returning from a governor's conference in Tennessee, arguing that those decisions should be left to local officials.

"Taking the earliest opportunity to act solitarily on a highly politicized, polarizing issue without conferring with local jurisdictions, legislators and the sitting governor is, simply put, an abuse of power," Little said at the time. "This kind of over-the-top executive action amounts to tyranny — something we all oppose."

The pair previously clashed over COVID restrictions last year. McGeachin opened her family's bar in Idaho Falls in the summer of 2020 after Little had ordered all bars to close. That October, she appeared in a video holding a gun and a Bible and questioned whether the pandemic was even real. This spring, McGeachin attended a protest in Boise where anti-maskers encouraged kids to burn their masks on the Capitol steps.

McGeachin, a former state lawmaker, in May announced that she would run to unseat Little, vowing that under her leadership "you will certainly not be required to wear a mask."