Trump had dinner with Mitt Romney to "torture the guy": book 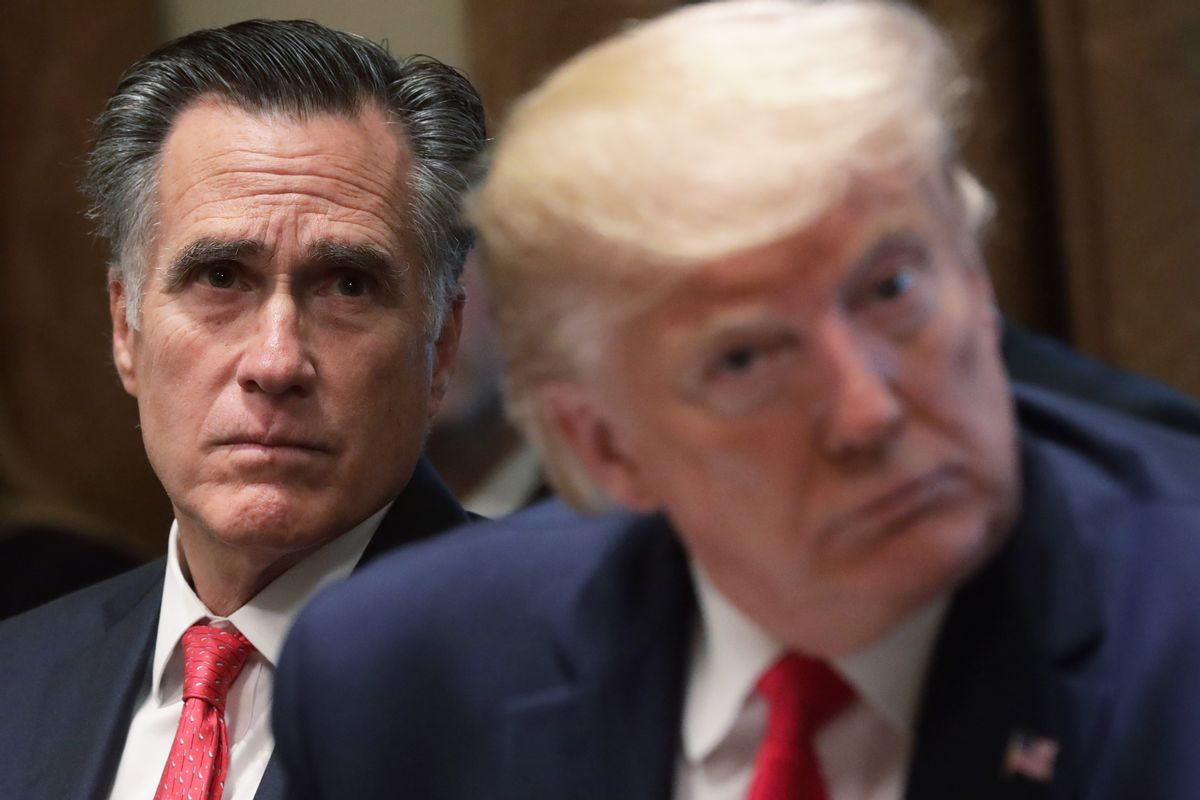 The latest tell-all book about President Donald Trump's administration revealed that the infamous 2016 dinner with the new president-elect and Mitt Romney was a ploy to "torture him."

According to the new book from Stephanie Grisham, I'll Take Your Questions Now, recalled a moment when campaign staffer Jason Miller told her about the dinner and that she needed to be ready to bring in the press to get a photo.

"He then revealed who was going to be in attendance: Trump and Mitt Romney. Though he didn't say it in so many words, Jason made it obvious that Trump had cooked up the dinner, so to speak, just to torture the guy a little more. The setting was Trump's turf—a restaurant in his building."

She called it a power-play by Trump to show Romney who was in charge.

"Trump wanted all the press to see that Romney would come all the way to New York and sit down with a man he had called a 'con artist' and 'a fake' to sing for his supper," the book said. "Donald Trump was many things, but even his critics had to admit that he was a master at TV spectacles. This was yet another, set to be one for the ages."

She described the scene as a disaster, with a tiny restaurant filled with secret service, press, staff and patrons. It was hot and diners were being smacked in the head with cameras and microphones.

"The president-elect loved it all," she said. "His seat at the table was facing the press, and he made eye contact with every one of them, flashing big smiles and a thumbs-up. He was basking in his glory, the center of attention."