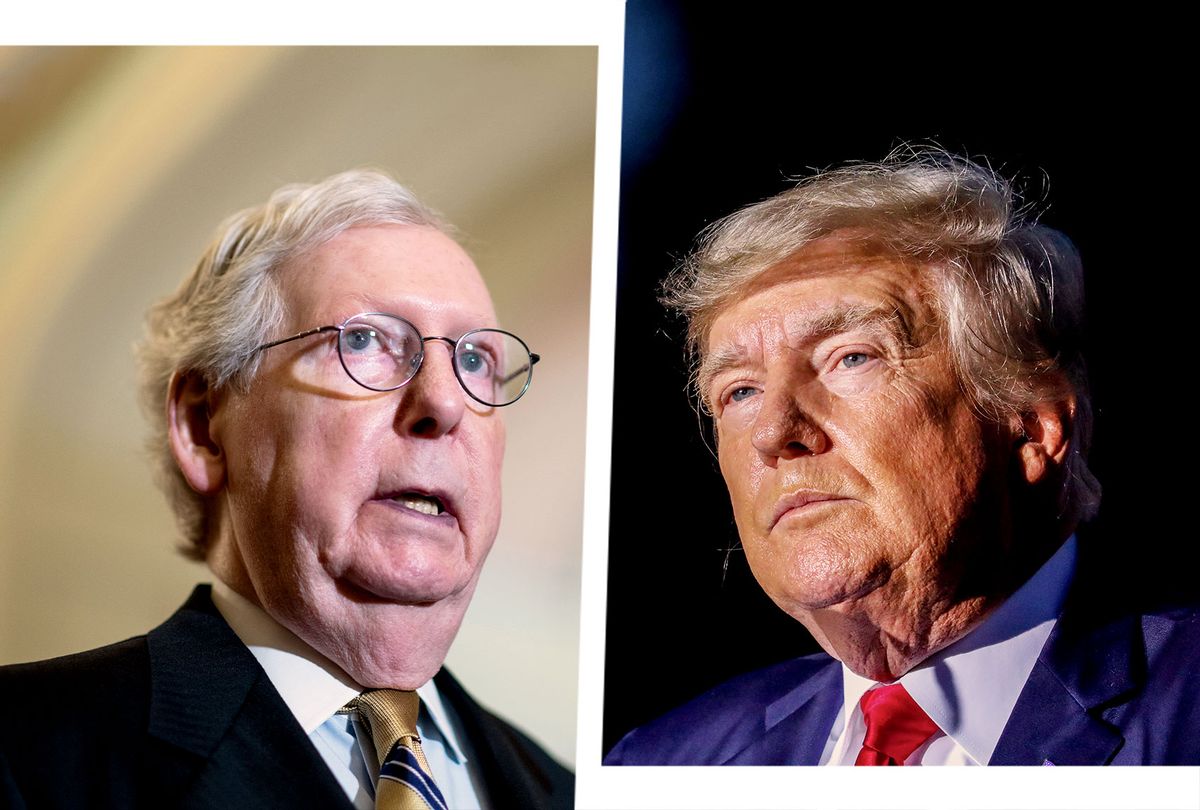 Donald Trump accused Senate Minority Leader Mitch McConnell, R-Ky., of "folding" in the current debt ceiling standoff after the legislator signaled that he would support a short-term extension, allowing the federal government to avoid default for the time being.

"Looks like Mitch McConnell is folding to the Democrats, again," Trump said in a Wednesday statement. "He's got all of the cards with the debt ceiling, it's time to play the hand. Don't let them destroy our country!"

For the past several months, Democrats and Republicans have been at a standstill in negotiating a new limit for the nation's debt ceiling, which has skyrocketed from roughly $5 trillion in 2000 to about $27 trillion today. Democrats have argued for a bipartisan plan to raise the ceiling by October 18, when the country is expected to default if Congress fails to act. But McConnell has repeatedly encouraged the Democrats to do so on their own via budget reconciliation. Budget reconciliation would avoid the inevitable filibuster Republicans would use to impede a Democratic-backed debt ceiling hike, but reconciliation would have been an arduous process with no guarantee of completion before the default deadline.

Trump, for his part, has been adamantly opposed to negotiating a debt deal with the Democrats, often chiding Republicans from the sidelines – even with the nation's economy on the brink of collapse.

On Wednesday, McConnell offered a slight legislative detente, agreeing to let the Democrats suspend the debt ceiling until December. This will give the caucus more time to employ a budgetary tactic that would allow them to raise the ceiling without any Republican support.

Democrats have widely heralded the move as a sign of McConnell finally backing down.

It's possible that McConnell ultimately backed down because Democrats were threatening to "nuke" the filibuster in order to approve a debt ceiling suspension, as POLITICO noted. In fact, President Biden – who previously stressed the need to preserve the filibuster – recently said that scrapping it was becoming a "real possibility."

"The filibuster is McConnell's instrument of obstruction," one Democratic senator told POLITICO. "He wants to protect that at all costs. He was at real risk of overplaying his hand as he faced the growing prospect that we would have 51 votes to waive it for the purpose of dealing with debt."