Extinction: 23 gone, countless more to save

Are you angry about the extinction of the ivory-billed woodpecker and 22 other species? Good. Use it. 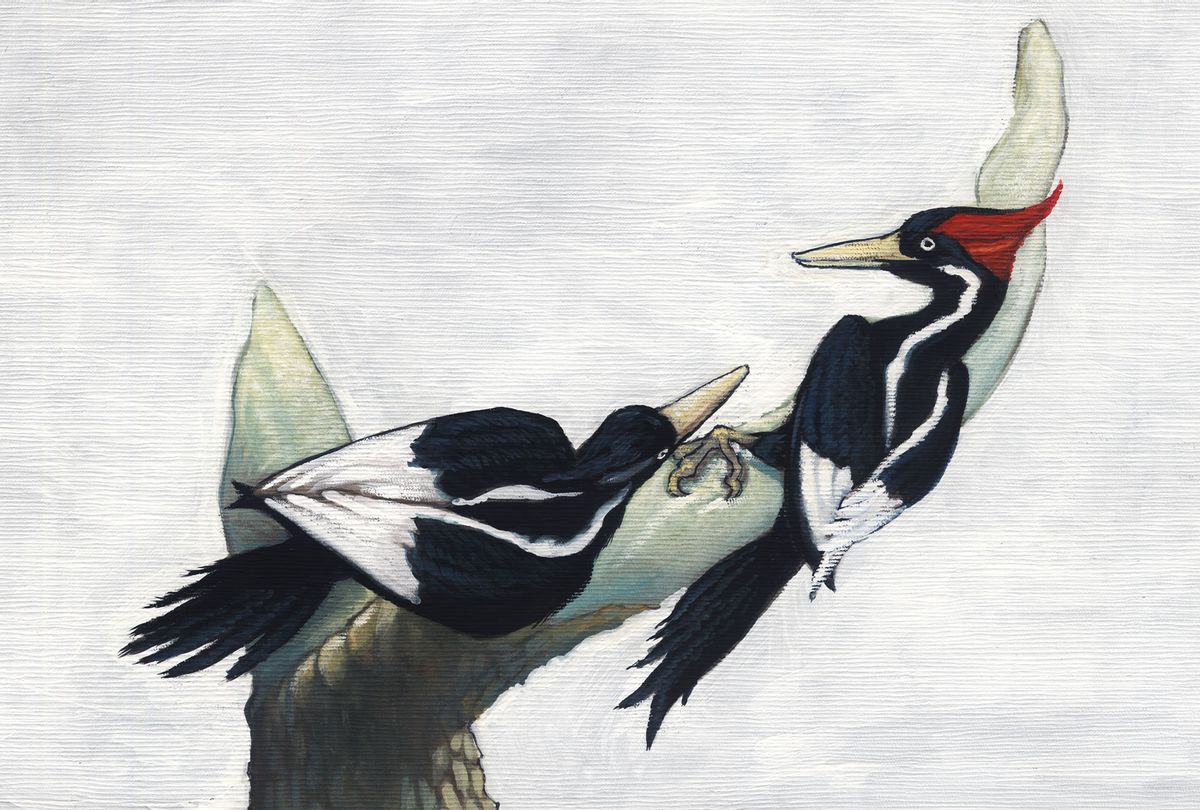 Many journalists have difficult beats — the specialized topics they cover exclusively or repeatedly. Some write about homicides, some cover local politics, others specialize in investigating sexual assault.

For the past 15-plus years, I've been on the extinction beat. I catalog the dead and the dying.

It's important to me, but it's not an easy assignment. It's hard work, it's emotional, it's seemingly endless, and it doesn't make me much fun at parties (well, the parties I still attended before the pandemic). My wife worries about me.

September 29 was a particularly difficult day.

That was the day the U.S. Fish and Wildlife Service declared its intention to remove 23 long-unseen species — including the ivory-billed woodpecker and a mussel called the flat pigtoe — from the protection of the Endangered Species Act. The agency did this not because those species have recovered, but because they never will.

These species haven't been seen in decades, and most of their habitats have been damaged or destroyed. Sure, some dedicated people will probably continue to look for several of these species, especially the woodpecker, but the odds aren't in their favor.

Lost species do turn up from time to time, even after they've been declared extinct, but in all likelihood these 23 are long gone. Many disappeared while waiting to be added to the endangered species list. Others were so rare by the time they were protected that their chances of recovery hovered somewhere between slim and none.

As they disappeared, as their habitats suffered, so did pieces of our culture, our interconnected environmental web, our safety nets, our souls.

I spent most of September 29 wrapped in a melancholy shroud.

I got up. I stretched. I took several deep breaths. And I got to work to see what species could still be saved.

That's the hidden truth of working the extinction beat. I report on the dying and the dead, sure, but I also spend my days talking to the scientists, conservationists, activists, politicians and average citizens working hard to make sure that as few species as possible go the way of the flat pigtoe, the Molokai creeper, the Scioto madtom, the Little Mariana fruit bat, or any of the other 19 species the Fish and Wildlife Service just proposed as extinct.

Writing about extinction and endangered species is an intrinsically positivebeat, because the lessons we gain from loss help to prevent further grief in the future.

Because everyday heroes are out there making a difference.

Because the more we learn, the better we can adapt.

Because the more we fight, the better off we'll all be in the long run.

Those lessons aren't always easy to get out there. Most extinction announcements sink like a stone in black water, disappearing without making a ripple. I've reported on hundreds of at-risk species and extinctions that no other journalists have covered. It's hard to get people to care about rarely seen mussels, snails, insects, plants and faraway mammals when they've got daily struggles with work, childcare, aging parents, political strife and the pandemic.

But this time, I'll admit, was different. Perhaps it was the iconic ivory-billed woodpecker; perhaps it was the fact that Fish and Wildlife presented a bulk list of extinctions. But reporters, editors and the public took notice. The story of the 23 presumably gone species appeared on the front pages of almost every major newspaper. The nightly news programs and 24-hour cable TV stations covered the loss. For a brief, shining moment, it even trended on Twitter.

And most of the coverage did a good job. The media discussed the causes of the extinction crisis, and what it costs both us and the planet. They dug up evocative old photos and videos. They spoke to scientists who choked up with emotion during interviews. They conveyed the pain of loss.

Hopefully they'll do that the next time, too. Because there will be next times.

But let's keep talking about the present. Did you see those news stories and feel that pain? Did you experience a sense of loss? Did the news, or the broader the extinction crisis, make you sad and angry?

Take a deep breath, stretch, talk to someone about the work they're doing, and find out how you can support it. Act.

We can come away from this — the same way I do every time I write a species' obituary — and promise to do better.

Otherwise, these 23 species died in vain. And that would be the ultimate tragedy.

The 23 species proposed for delisting due to their presumed extinction: