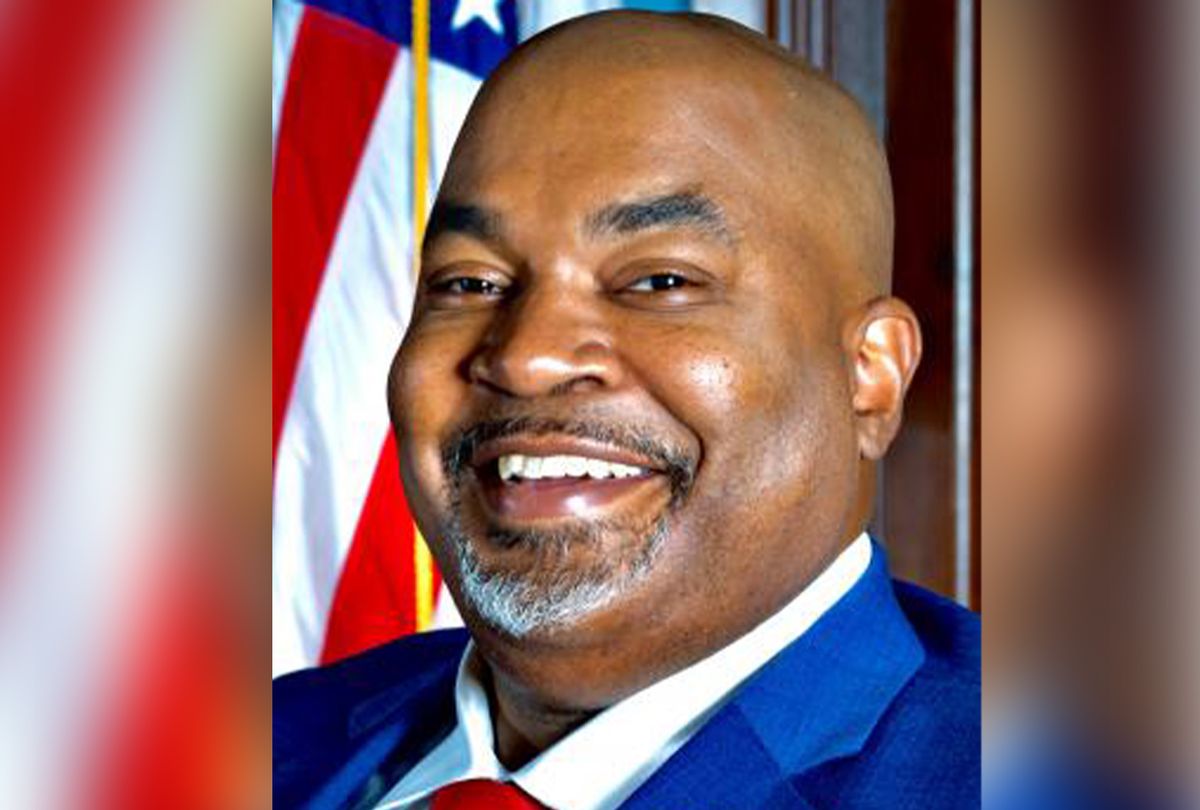 At least one North Carolina state senator is calling on Mark Robinson, the state's lieutenant governor, to resign following the release of an unearthed video in which Robinson derides members of the LBTGQ+ community as "filth."

"There's no debate here," said state Sen. Jeff Jackson, a Democrat. "This is open discrimination. It is completely unacceptable. Mark Robinson should resign."

In the video – first published by conservative media watchdog Right Wing Watch — Robinson is shown addressing the Asbury Baptist Church in Seagrove, North Carolina, back in June, according to NBC affiliate WRAL, ranting about the apparent takeover of the state's education system by the left.

"I'm saying this now, and I've been saying it, and I don't care who likes it: Those issues have no place in a school," Robinson tells the audience. "There's no reason anybody anywhere in America should be telling any child about transgenderism, homosexuality — any of that filth."

He added: "And yes, I called it filth. And if you don't like it that I called it filth, come see me and I'll explain it to you. It's time for us to stop letting these children be abused in schools, and it's not going to happen till the people of God stand up and demand different, same ones that established those schools to begin with."

The term "transgenderism" is not a commonly used by transgender people, according to the LGBTQ+ advocacy group GLAAD, and has historically been used to stigmatize them as having some kind of medical "condition."

The North Carolina official further criticized liberals' apparent use of "critical race theory" in classrooms, while tarring Black Lives Matter activists as "morons," "socialist liars" and "nitwits" for their recents effort to defund the police.

"Black lives do not matter to Black Lives Matter," Robinson claimed. "You know how I know that? Because if they did, you know where they would be instead of being at the police station? They would be down there at the gang hangout, at the drug dealer's house burning that down. They'd be down at the abortion clinic burning that down if Black lives really mattered."

Robinson reportedly doubled down on his remarks with ABC11 on Friday, telling the outlet: "We are not talking about the fight for equality and if those people want to challenge me on that, that's fine. What I'm talking about are intimate details and yes, there is material out there that shares intimate details about homosexuality, about sexuality in general, to our students. That has got to stop."

Asked about the lieutenant governor's comments, Gov. Roy Coopers said that "North Carolina is a welcoming state where we value public education and the diversity of our people. It's abhorrent to hear anyone, and especially an elected official, use hateful rhetoric that hurts people and our state's reputation."

Robinson has also made "hateful and discriminatory" comments about the LGBTQ+ community in the past, state Sen. Jackson noted.

In the immediate aftermath of the 2016 Pulse nightclub shooting in Orlando, Robinson posted via Facebook that he will "pray for the souls of all those killed," but added that "homosexuality is STILL an abominable sin and I WILL NOT join in 'celebrating gay pride' nor will I fly their sacrilegious flag on my page."

The years-old post was flagged in a report by Cardinal & Pine last year detailing his long history of using racist, homophobic, sexist, and anti-semitic language.

LGBTQ+ advocates, however, told NBC that Robinson's language is far from reflective of the state's populace.

According to a poll conducted by Public Policy Polling, 67% of the state's voters support legislation that enhances or creates more discrimination protections for LGBTQ+ residents. And recently, the North Carolina legislature rejected a GOP-backed proposal to ban transgender residents from using bathrooms that correspond with their gender.