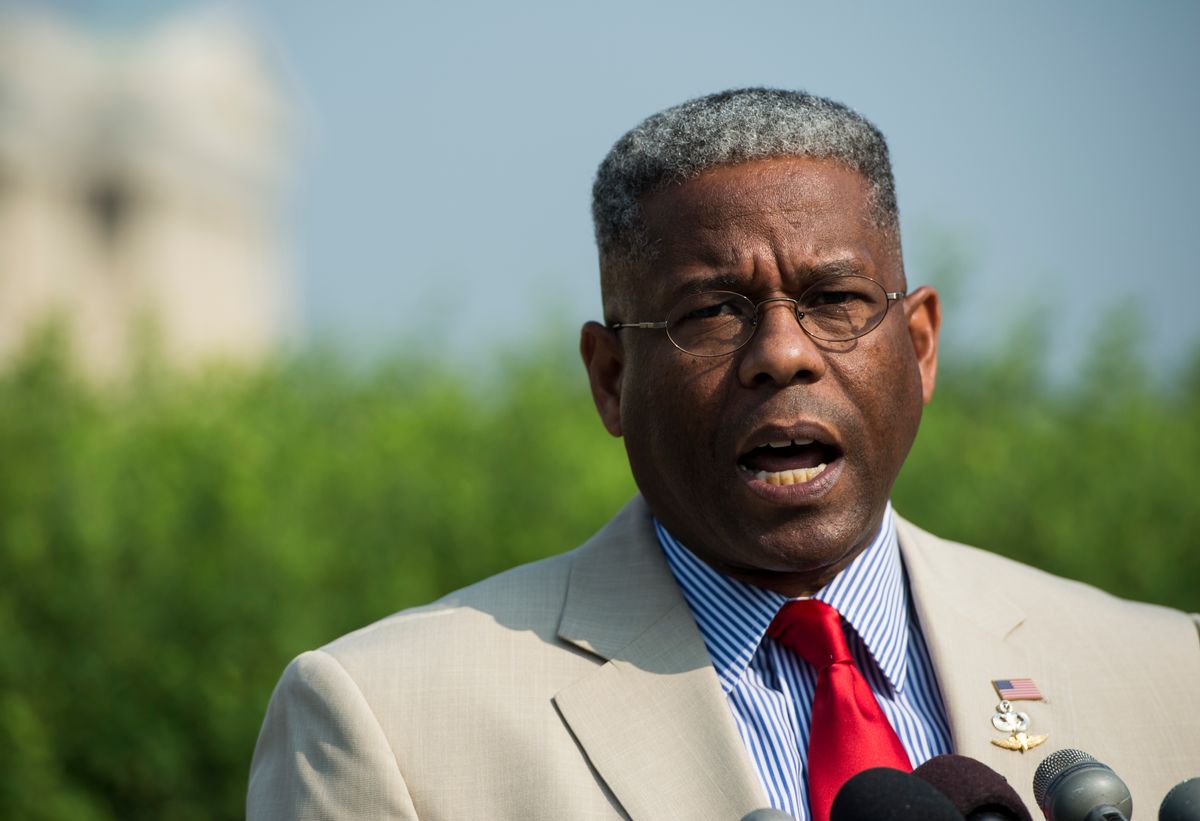 Former Rep. Allen West, R-Fla., speaks during a news conference at the House Triangle at the Capitol on the anniversaries 9-11 and Benghazi on Wednesday, Sept. 11, 2013 (Bill Clark/CQ Roll Call)
--

Allen West, former congressman and current chairman of the Texas Republican Party, on Saturday announced his plan to suspend all in-person events for his gubernatorial campaign after experiencing symptoms of COVID-19.

According to The Daily Beast, West developed symptoms after his wife, Angela, tested positive for a breakthrough case of COVID.

On Saturday, October 9, the loyal Trump supporter took to Twitter with a series of tweets detailing their illness and the steps he is personally taking to combat the virus.

"Col. West is experiencing a low grade fever and light body aches. Out of concern for public health, Col. West is suspending in-person events until receiving an all-clear indication."

He added: "West has publicly stated he supports individual choice and this is reflected in his own family."

Over the last several months, West has made headlines for his disapproval of COVID restrictions as he joined protesters outside of Texas Gov. Greg Abbott's (R) mansion.

As a gubernatorial candidate, West has widely opposed vaccine and mask mandates. Speaking to WBAP back in August, West said, ""If you're trying to order people to take a shot that you don't feel comfortable with, that's not an ethical order. That's not a moral order."