"It's getting chippy out there," Maher said 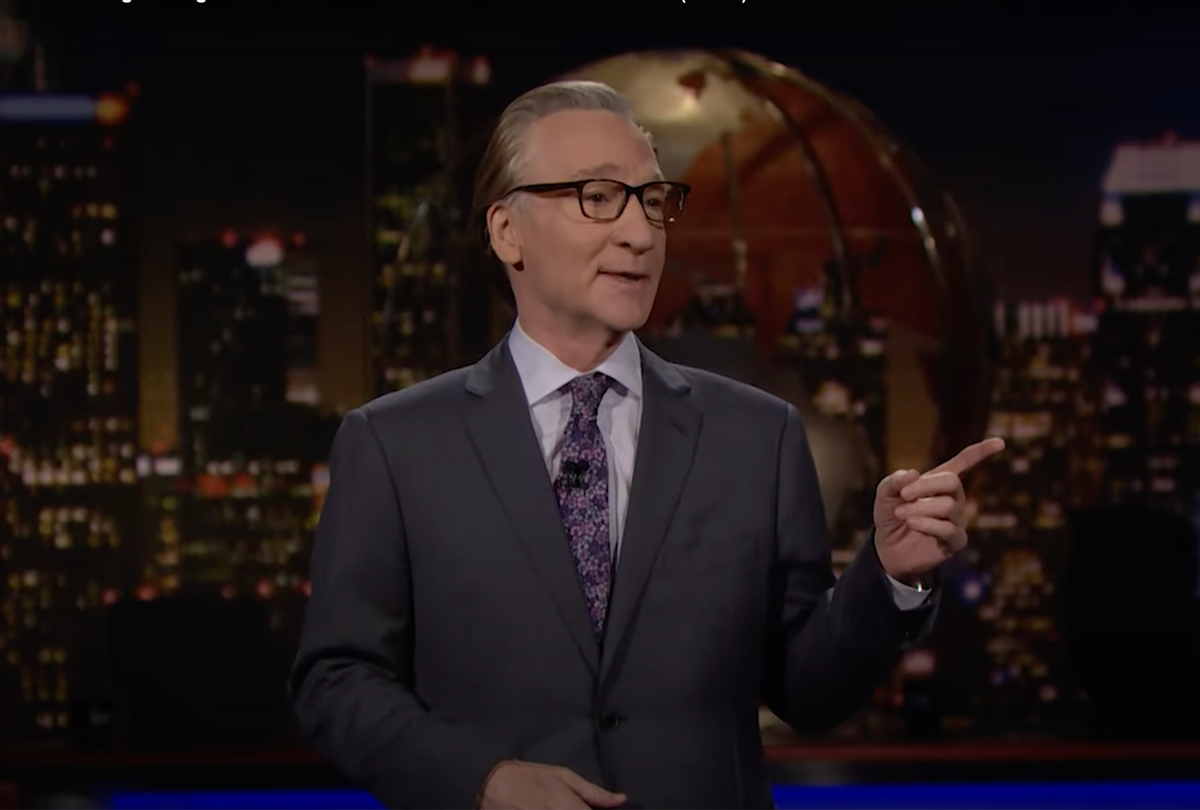 Bill Maher appeared stunned by an encounter last weekend between Sen. Kyrsten Sinema and a group of youth activists, who followed the Arizona moderate into a bathroom at Arizona State University.

"It's getting chippy out there," Maher said during a monologue on his weekly HBO show "Real Time" Friday night. "She was at ASU and a gang of Gen. Z activists followed her into the bathroom."

"Then they went back to demanding that we make campuses a safe space," he added, to a round of applause.

Sinema was teaching a class at ASU, where she has worked since 2003, when a group of young activists with the organization Living United for Change in Arizona confronted her outside a campus bathroom. They were angry about her efforts to block President Joe Biden's Build Back Better plan — and her seeming about-face on a number of progressive issues that she had campaigned on, including, among other things, efforts to lower prescription drug prices.

In video captured by the protesters, Sinema can be heard saying, "Actually, I am heading out," while entering a bathroom stall as people heckle her.

"We need to hold you accountable to what you told us, what you promised us that you were going to pass when we knocked on doors for you," one activist, who identified herself as Blanca, says. "It's not right!"

Maher had his own take on the situation, saying, "I think that's a little over the top."

Sinema, for her part, seems to agree with Maher's read of the situation.

"It is unacceptable for activist organizations to instruct their members to jeopardize themselves by engaging in unlawful activities such as gaining entry to closed university buildings, disrupting learning environments, and filming students in a restroom," she said in a statement.

Watch the full clip below via HBO: