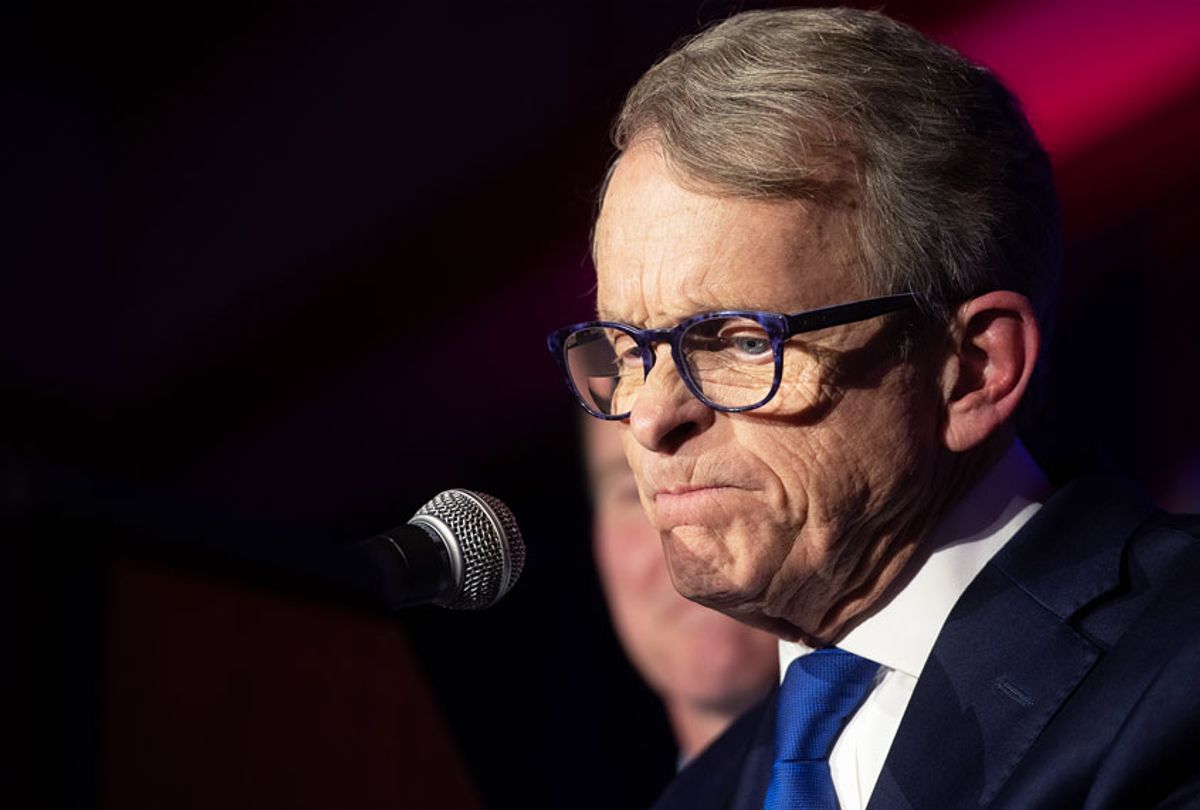 Gov. Mike DeWine (R), Senate President Matt Huffman, and other members of the Ohio Redistricting Commission can be questioned under oath as part of redistricting lawsuit proceedings, according to a new ruling by the Ohio Supreme Court.

On Thursday, October 7, the court ruled "that commission members' attorneys must respond to plaintiff's questions and document requests by Tuesday," reports the Columbus-Dispatch.

According to the Columbus-Dispatch, Ohio Attorney General Dave Yost (R) — who is representing Ohio officials including DeWine, Secretary of State Frank LaRose, and Auditor of State Keith Faber — pushed back against the requests for depositions. Attorneys representing Huffman and House Speaker Bob Cupp (R) argued that their clients' cooperation was not needed as part of the lawsuit's discovery.

"The court, comprised of four Republicans and three Democrats, will allow attorneys to jointly take one deposition of each Republican member of the Ohio Redistricting Commission: Gov. Mike DeWine, Senate President Matt Huffman, House Speaker Bob Cupp, Secretary of State Frank LaRose, and Auditor of State Keith Faber. Depositions are limited to two hours apiece and must be conducted by October 21."

The ruling follows lawsuits against the commission from several groups including the League of Women Voters of Ohio and National Redistricting Action Fund. The plaintiffs are accusing the Ohio panel of "unconstitutional gerrymandering in drawing and approving maps that preserve a Republican supermajority in both chambers."

The lawsuits also highlight a number of discrepancies with the maps. "The lawsuits argue the maps don't correspond to the statewide preferences of voters, a requirement added to the Constitution in 2015," the publication writes. "The votes case in recent statewide elections average about 54% Republican and 46% Democratic, while the approved maps gave Republicans between 67% and 69% of legislative seats."