FEMA plans to spend $9.4 billion on fossil fuel infrastructure instead 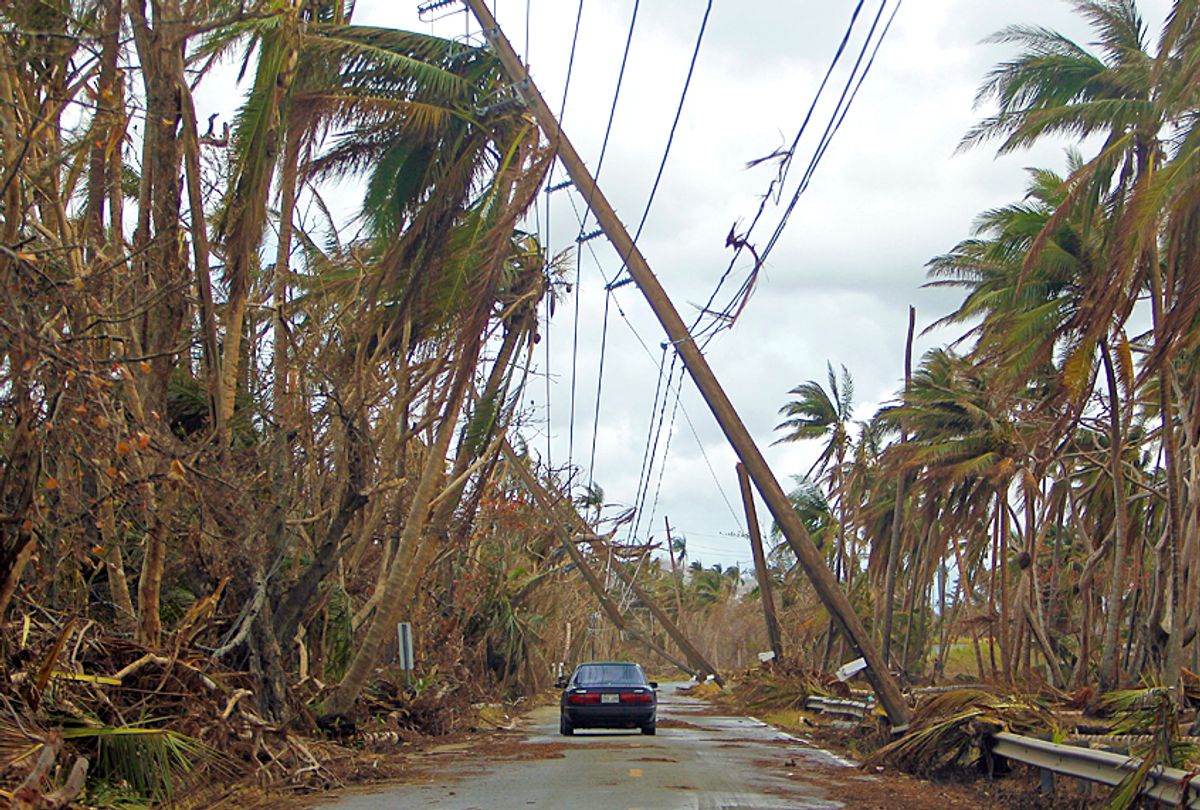 The Biden Administration has a once-in-a-lifetime opportunity to help Puerto Rico transition to a greener and more resilient energy future, but it's on the verge of making a multibillion-dollar mistake.

Since Hurricane Maria devastated Puerto Rico in 2017, many residents and environmental advocates have called for new clean energy sources for the island. Currently Puerto Rico gets more than 97% of its electricity from imported fossil fuel. Power is expensive and unreliable.

Puerto Rico adopted laws that called for generating 15% of its electricity from renewable sources by 2020, 40% by 2025, 60% by 2040 and 100% by 2050. But the Federal Emergency Management Agency, which controls relief funding for the island, appears ready to underwrite a rebuild of the old fossil fuel system.

As environmental lawyers and professors of law, we are surprised to see FEMA move forward on a path that runs directly counter to the White House's energy and climate policy. President Joe Biden has called for a governmentwide approach that promotes clean energy, protects public health and the environment, and advances environmental justice.

In our view, FEMA's actions don't support those goals. They also ignore legal requirements for federal agencies to carefully weigh the environmental impacts of major actions.

Rebuild or replace with a more resilient green system?

In September 2017, Hurricane Maria struck Puerto Rico with sustained winds of 155 mph. It tore a diagonal 100-mile swath across the island, demolishing tens of thousands of homes and washing away roads and bridges.

The storm toppled transmission and cell towers, snapped concrete power poles, battered power plants and plunged the island into darkness. It killed an estimated 3,000 people and caused over US$90 billion in damages.

In response, Congress authorized some $23 billion in disaster aid, including at least $10 billion to restore or replace Puerto Rico's electricity grid. It also passed the Disaster Recovery Reform Act to promote a more flexible energy system that could withstand and recover quickly from climate disruptions.

FEMA, which administers the funds, has allocated $9.4 billion for rebuilding Puerto Rico's electricity system and will start approving projects after it receives more details explaining how the work will be performed. So far, none of this money has been earmarked for renewable power, except for a small sum to repair a hydroelectric dam that provides less than 1% of the island's power.

The organizations making decisions in Puerto Rico are the Commonwealth's Electric Power Authority, known as PREPA, and Luma Energy, a private company that received a 15-year contract in 2021 to manage power transmission and distribution on the island. PREPA and Luma have proposed hundreds of projects for the coming decade, but none include federal funding for rooftop solar, community solar, battery storage or microgrids. Advocates say that this kind of small-scale local generation would make the island's electricity cheaper, cleaner and more reliable.

A 2015 study by the nonprofit Institute for Energy Economics and Financial Analysis found that investing in solar and wind power and energy efficiency could transform Puerto Rico's electrical system into a resilient grid. And in 2020, the U.S. National Renewable Energy Laboratory estimated that rooftop solar power in Puerto Rico could generate roughly four times as much electricity as residents currently use.

Spending almost $10 billion to rewire an island with 3 million residents is clearly a major federal action with significant environmental impacts. Under the National Environmental Policy Act, agencies undertaking such actions must prepare an environmental impact statement that takes a hard look at alternatives and invites meaningful public input.

Instead of producing a full-scale environmental impact statement, FEMA produced a superficial programmatic environmental assessment—a narrower study that did not weigh other options. It concluded that there would be "no significant impact" from rebuilding Puerto Rico's fossil fuel-based energy system. The study did not mention climate change, which scientists widely agree is making hurricanes larger and more destructive.

Beyond a pro forma invitation for public comment, FEMA made no effort to engage with overburdened communities of color that have disproportionately suffered from pollution and climate change under Puerto Rico's energy system. This directly contradicts Biden's order to place environmental justice at the center of federal energy and climate policy.

The National Environmental Policy Act also requires agencies to "study, develop and describe appropriate alternatives to recommended courses of action." FEMA's environmental assessment only considers rebuilding and hardening the existing grid, and does not mention renewable energy. When some public commenters criticized this omission, FEMA responded that it was not responsible for considering alternative means of generating electricity.

Both PREPA and Luma are proponents of an energy strategy that centers on importing natural gas. Federal law requires FEMA to take a broader approach and ensure that it spends federal money in ways that support U.S. environmental goals.

Courts have held that environmental justice is not simply a box to be checked. In our view, the law clearly requires FEMA to give Puerto Ricans—who have lived with a creaky power system for four years—a seat at the table before it starts writing checks for projects that affect their lives.