Republican Senate candidate gets booted from Ohio school board meeting 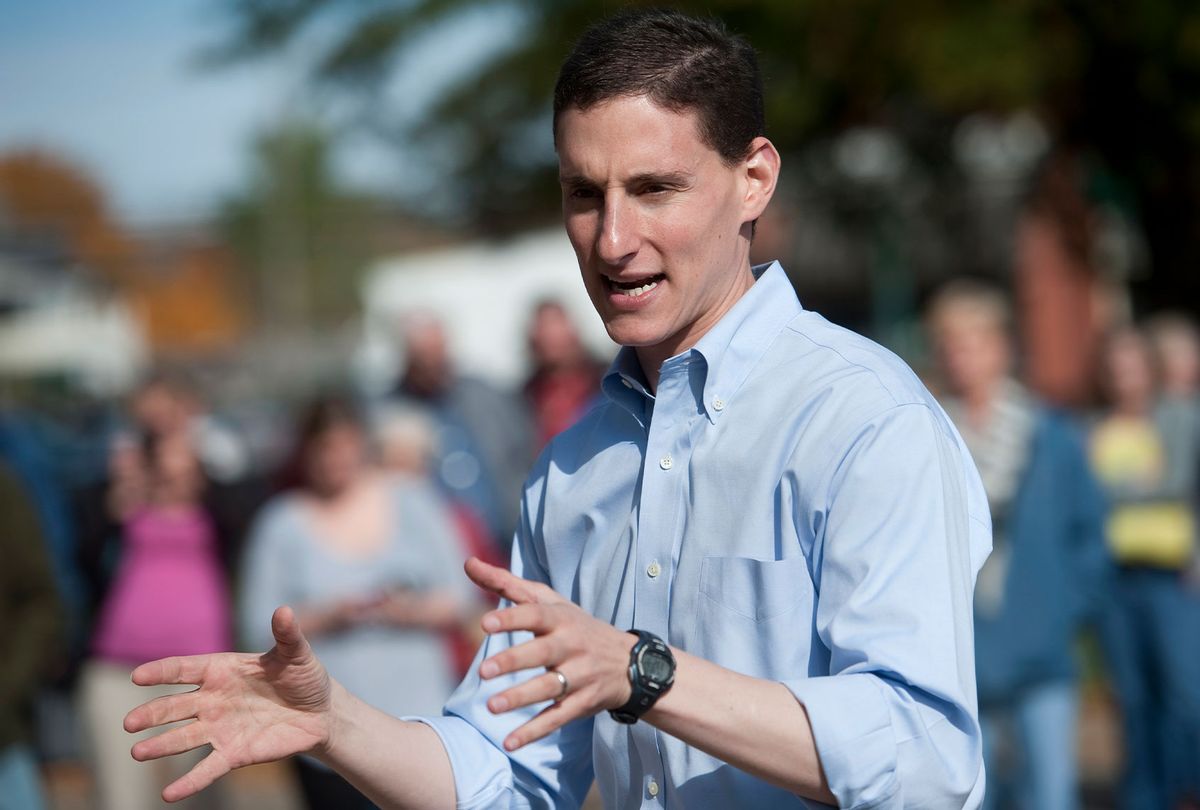 U.S. Senate candidate Josh Mandel was kicked out of a Cincinnati school board meeting after disrupting the event to "defend the moms and dads" against board members he said were "using kids as pawns in a political game."

A video of the gauche display shows school board candidate Darbi Boddy giving Mandel a brief window to speak to parents and board members of the Lakota Local Schools District, southwest Ohio's largest suburban school system, according to WCPO.

In the video, Mandel opens by critiquing the district's apparent failure to update the Ohio Checkbook, a digital financial record of each public institution in Ohio that was created during Mandel's term as the state treasurer.

Mandel is quickly asked by board president Kelley Casper to stop speaking, but the Ohio Republican refuses to step away from the microphone. "I'm just trying to stand up for kids," Mandel says.

In another video of the affair, Mandel takes aim at the district's mask mandate, telling the school board that it's "using kids as pawns in a political game." He also railed against the district's apparent effort to teach kids about gender identity, according to The Cincinnati Enquirer, later saying in an interview: "It is not the role of a school official or politician to tell moms and dads how to raise their kids."

After a kerfuffle between board members about whether district's bylaws allowed Mandel to speak in the first place, two deputies later approach Mandel and escort him out of the room.

The Lakota school board's bylaws reportedly grant their presiding officer the ability to remove "a disorderly person when that person's conduct interferes with the orderly progress of the meeting." However, this proviso didn't stop Mandel from casting himself as a victim of censorship.

"The school board was in total violation of their own rules and of the First Amendment to the U.S. Constitution," Mandel told the Inquirer. "They should be ashamed of themselves."

"Josh Mandel wanted to speak at our school board meeting in support of the community and their children," Boddy, who invited him onstage, echoed. "Unfortunately he was silenced by what I consider petty behavior by the board president and was not able to exercise his free speech."

Douglas Horton, a Lakota Local Schools parent, however, suggested that Mandel was booted because "he knew nothing of Lakota."

"In Lakota, we care about our schools, advocate for ourselves, and want nothing to do with the political jokes Mr. Mandel and some of our candidates for the Board are trying to play," Horton said in a Monday statement.

Mandel is currently running as a candidate to replace Sen. Rob Portman, R-Ohio, who in January announced that he would not be seeking re-election. Mandel previously made an unsuccessful bid to oust Democratic incumbent Sherrod Brown in the 2012 U.S. Senate election.

Throughout most recent his campaign trail, Mandel has shown a particular predilection for spouting for right-wing disinformation and fanning the flames of the culture war.

Back in June, Mandel made headlines for posting a widely panned video of himself lighting a mask on fire and tweeting, "FREEDOM." And in March, the Senate candidate tweeted a poll, later removed by Twitter, asking his followers which group will commit more crimes between "Muslim Terrorists" and "Mexican Gangbangers."