Need Gruyère but can’t find it? Here are the cheeses to reach for instead 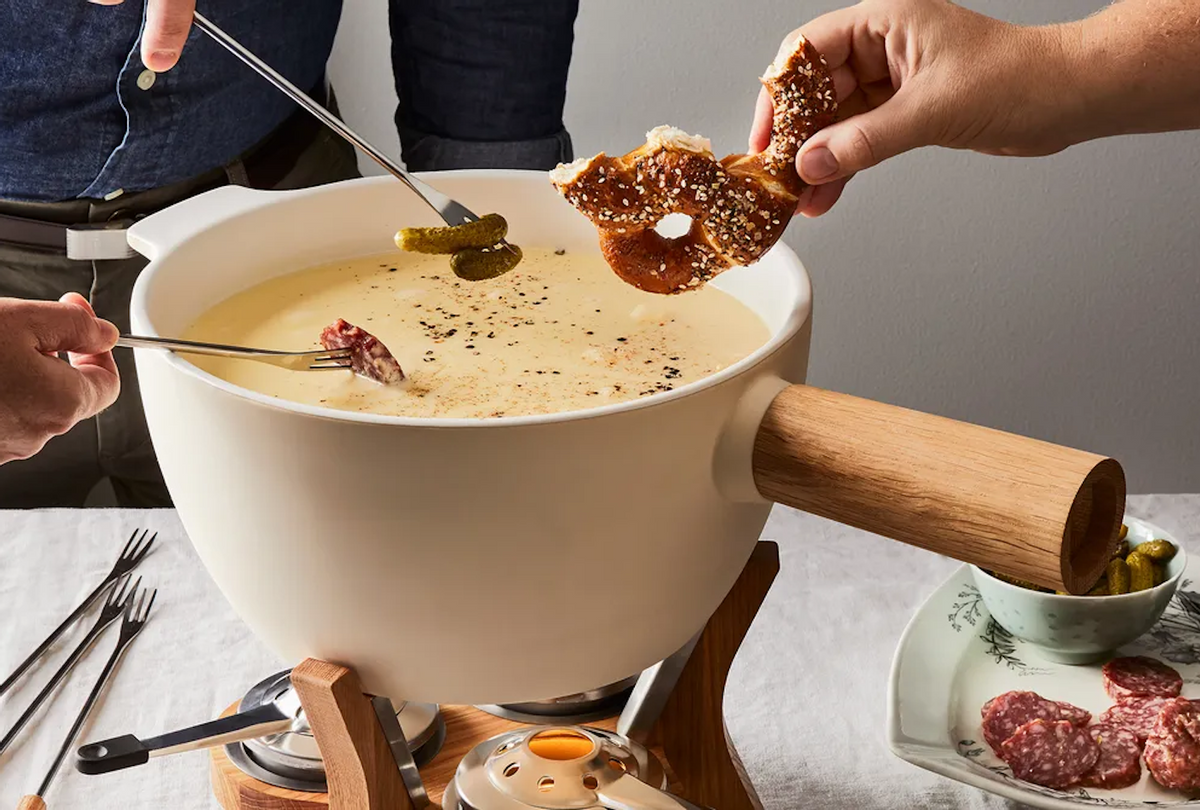 Gruyère is a cheese staple because of its creamy, nutty flavor and sturdy, semihard texture. It's the perfect addition to a cheese or charcuterie board, plus one of its strengths is that it melts easily for recipes like French onion soup or a croque monsieur.

It also happens to be one of the most expensive cheeses in the grocery store, averaging about $15 to $20 a pound if you're going for the AOC label. And no, we're not referring to Congresswoman Ocasio-Cortez — we assume she is too busy to be stamping cheeses. AOC stands for appellation d'origine contrôlée, which in French cheese-speak is the label that protects a product's ingredients and methods, tying them to a particular location.

What is gruyère, anyway?

Gruyère originates in the town of Gruyères, in Switzerland. Genuine Gruyère has a rough (and inedible) outside layer, and it gets its tasty flavor from cows who graze on the verdant foothills of the Swiss Alps. It's produced in exactly the same way it has been for 900 years, in big copper vats that turn out impressive wheels. These wheels clock in at close to 100 pounds each — the stuff cheesy dreams are made of.

So while it may feel sacrilegious to swap out such a storied cheese, we give you permission. Yes, Gruyère is decadent and delicious, but sometimes a Friday night grilled cheese just doesn't warrant a trip to Whole Foods. (Though if you are committed to Gruyère Grilled Cheese Fridays, by all means, go off.)

What are the best gruyère substitutes?

There are plenty of other premier cheeses that can serve as good substitutes for Gruyère cheese. Depending on whether you're melting cheese or adding more variety to your charcuterie board, you might consider Beaufort, Comté, Jarlsberg, Emmental, or Fontina.

If you just can't find Gruyère, but budget is no problem, there are other Swiss cheese options that tend to be pricier but just as delicious: L'Etivaz, Sbrinz, Engelberg cheddar, and Tête de Moine or "Monk's Head" cheese. Scharfe Maxx is another Swiss substitute that was invented in 2004 after the Swiss Cheese Union disbanded (yes, there was once a Swiss Cheese Union, and we encourage anyone who is up for it to please reinstate it). It has a creamy texture with hints of onion, and even bacon. You can imagine how much it would level up your fondue (and Grilled Cheese Fridays).

Almost any of the above would be a welcome complement to a cheese board or melted cheese recipe. Even Parmesan can work as a good melting cheese when combined with Fontina. Plus, you're more likely to have it on hand than, say, Comté.

What should I even do with gruyère (or a gruyère substitute)?

Speaking of melting cheese, we would be remiss if we didn't mention the virtues of fondue here! Fondue is a classic Swiss recipe of melted cheese (often a combination) served with fruit, meat, and/or bread on the side for dipping. To make fondue, you will first need a good pot that melts cheese. We recommend the stainless-steel Cuisinart CFO-3SS Electric Fondue Maker, which covers a wide range of fondue and even soup and stew recipes, but any sturdy Dutch oven or stockpot will do. Be sure to check out our perfect autumnal fondue recipe for some melty-cheese inspo.

Gruyère is the cheese most commonly found in fondue, but really any Swiss cheese will do, especially in combination. No Swiss cheese on hand? You can expand your palette to cheese that's native to Norway, like Jarlsberg cheese, which has a much lower price point and similar melting texture to Gruyère. Gouda, a cheese from the Netherlands, is one of the most popular cheeses in the world, accounting for 50 to 60% of global cheese consumption, so it is sure to be a crowd-pleaser.

Gruyère may be king, but there's plenty of other good cheeses in the court. Try any one of these in a recipe or on its own and you may just find your new favorite.