Trump threatens to withhold future support for GOP: "Republicans will not be voting in '22 or '24"

Nearly a year after the election, Donald Trump continues to suffer humiliating defeats in his quest to rerun 2020 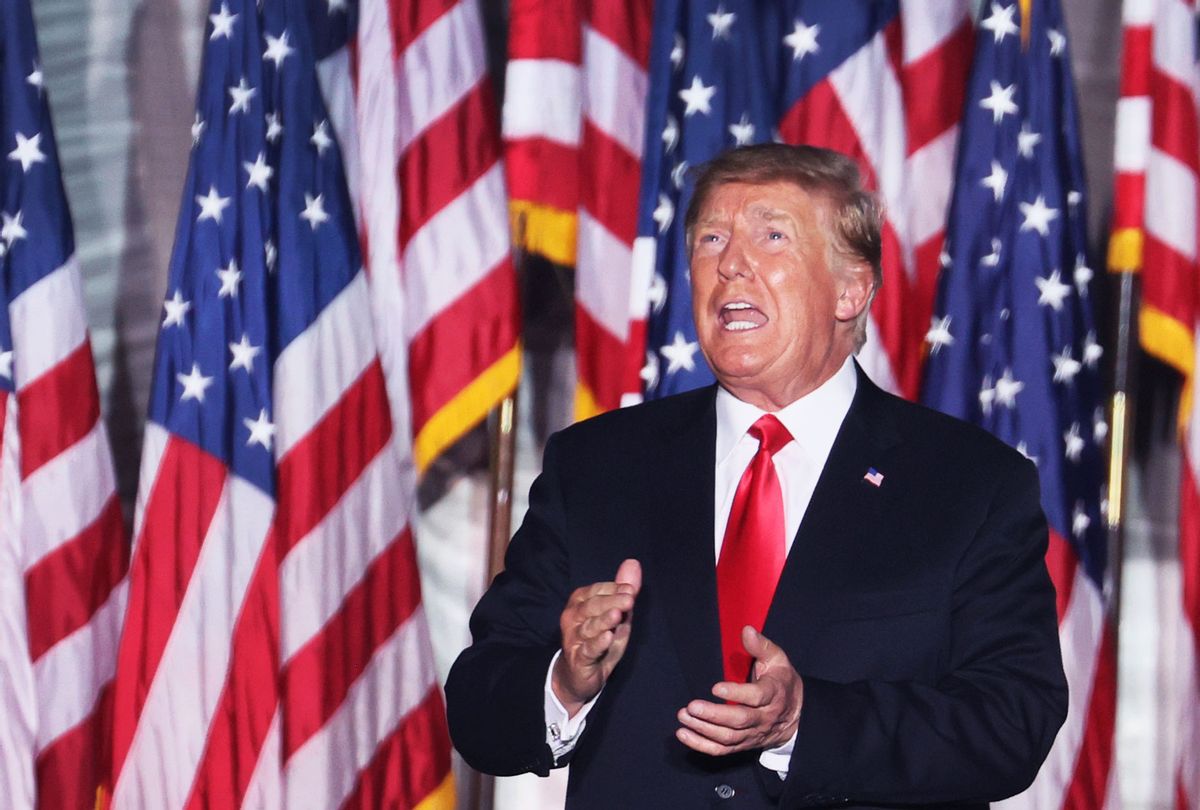 Donald Trump, who has insistently pushed the baseless notion that the 2020 election was marred by sweeping election fraud, appears to be dissuading his supporters from voting in the 2022 and 2024 elections if the GOP fails to "solve" the apparent fraud.

"If we don't solve the Presidential Election Fraud of 2020 (which we have thoroughly and conclusively documented), Republicans will not be voting in '22 or '24," Trump said in a Wednesday statement. "It is the single most important thing for Republicans to do."

Last year, Trump's allies echoed a similar message to the former president's voters, urging them to sit out of the Georgia runoffs until the party's Senate incumbents – former U.S. Sens. Kelly Loeffler, R-Ga., and David Perdue, R-Ga. – backed demands to hold a legislative session to probe Trump's defeat in the Peach State.

"They have not earned your vote," pro-Trump attorney L. Lin Wood told voters. "Don't you give it to them. Why would you go back and vote in another rigged election, for god's sake! Fix it! You gotta fix it!"

As it stands, no evidence of widespread or systematic fraud in the 2020 presidential election has emerged, despite the host of Republican-backed efforts to unearth foul play.

Chief among these efforts was Arizona's election audit of Maricopa County, which was run by Cyber Ninjas, a company that had no apparent experience in conducting recounts. In October, after months of circus-like operational dysfunction, Cyber Ninjas produced results indicating that President Biden had in fact beaten Trump by a greater margin than was originally reported. Outside election experts strongly doubted whether all the ballots were even counted in the recount, The New York Times reported.

Other audit efforts have taken place in states like Georgia, Pennsylvania, Michigan, and Wisconsin.

This week, Michigan Trump supporters launched a ballot drive calling for a "full forensic audit" of the 2020 election, according to The Detroit Free Press. GOP congressional candidate Jon Rocha said that the state will need to procure 340,000 signatures in order to prompt a "veto-proof" investigation from the state's legislature. The ballot drive demand's fly in the face of strong evidence indicating that Biden, who saw 150,000 more votes than Trump in Michigan, won fairly. Back in March, the Michigan Secretary of State Jocelyn Benson announced that 250 separate audits throughout the state confirmed the "accuracy and integrity" of the state's election.

This week in Georgia, one of the last remaining Trump-backed lawsuits alleging fraud was dismissed by a state superior court, ruling that the case's plaintiffs did not have proper standing. The decision likely spells failure for any attempted Arizona-style audits in the Peach State, Forbes noted.

In Pennsylvania, Trump's election crusade appears running smoother. Last week, NPR reported, state Republicans had issued a "wide-ranging subpoena for the personal information of millions of voters." The information will reportedly encompass voter addresses, driver's license numbers, and partial Social Security numbers in order for the state GOP to verify voters' identities. Past court rulings and previous audits have indicated that there is no need for an official audit.

Wisconsin, meanwhile, is conducting three separate reviews of 2020 election results. They are respectively being led by conservative former state Supreme Court Justice Michael Gableman, state Rep. Janel Brandtjen, and Wisconsin's nonpartisan Legislative Audit Bureau, according to NPR. Like every other state under review, Wisconsin has in the past conducted multiple routine audits of the 2020 election, and found no indication of outcome-altering fraud.