Netflix believes the employee leaked internal metrics to the press about Dave Chappelle's special, "The Closer" 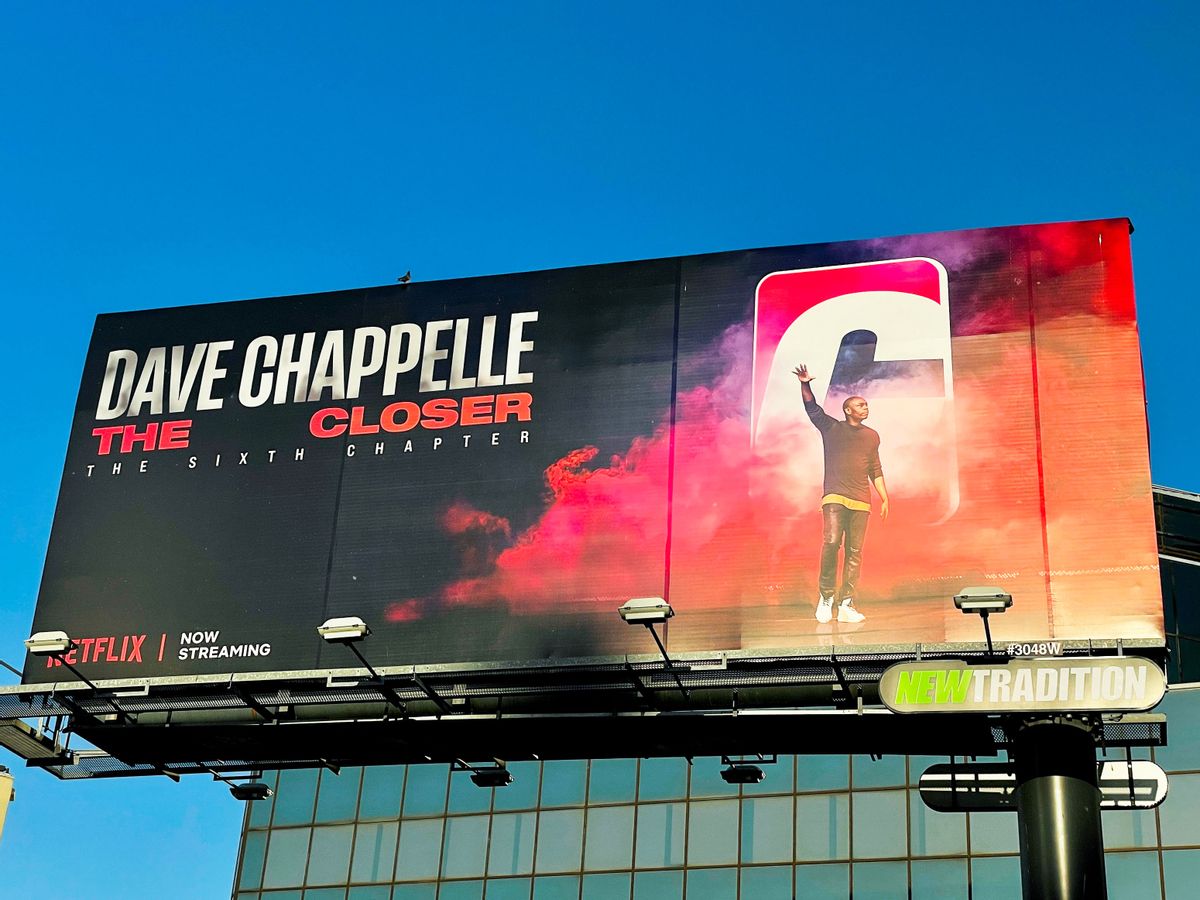 Netflix came under withering fire Friday after firing the leader of a trans employee resource group that was organizing a walkout next week over a controversial stand-up comedy special called "The Closer" hosted by Dave Chappelle.

The streaming platform accused the employee of leaking confidential company metrics to the press, including the special's reach and how much the company paid for it. That information was published in a report by Bloomberg earlier this week.

A Netflix spokesperson confirmed the employees' dismissal in a statement to technology news site The Verge.

"We have let go of an employee for sharing confidential, commercially sensitive information outside the company," a spokesperson said. "We understand this employee may have been motivated by disappointment and hurt with Netflix, but maintaining a culture of trust and transparency is core to our company."

"The Closer" was widely criticized online for its alleged transphobia and homophobia, and has led to an unprecedented wave of internal employee activism within Netflix. The company even suspended a trans software engineer who apparently tried to attend a C-suite meeting recently that she was not invited to, and then posted a viral Twitter thread about the situation. She was subsequently reinstated, though the incident continues to roil the company.

Netflix is widely known for its internal transparency, sharing salary data and quarterly finances with most employees — though the information comes with a strict rulebook that does not permit sharing outside of the company. As a result, this week's leak was unprecedented for the company, which has until now kept a tight lid on its data.

Because of the employee's actions, however, we now know how much Chappelle's special cost to produce — $24.1 million, a sum that appears vastly greater than other comparable comedy specials. By comparison, Bo Burnham's widely acclaimed "Inside," which was released earlier this year, cost just $3.9 million.

This is presumably due to Chappelle's popularity — and indeed, at least 10 million people have watched "The Closer" so far, making him the most-watched comedian on the platform, according to Netflix CEO Ted Sarandos.

Chappelle apparently has a history of cutting incredible deals with the company, too. His last special, "Sticks & Stones," cost the company $23.6 million, Bloomberg reported. It remains unknown whether Netflix was able to draw a profit from either special.

The information, however, only served to further anger current and former employees who were already outraged at the comedian's perceived special treatment by Netflix.

One former employee venting their frustration to The Verge: "All these white people are going around talking to the press and speaking publicly on Twitter and the only person who gets fired is the Black person who was quiet the entire time," they said.

"That's absurd, and just further shows that Black trans people are the ones being targeted in this conversation."