The crispy fried eggs that made me a better cook

The recipe that taught me to take a step back 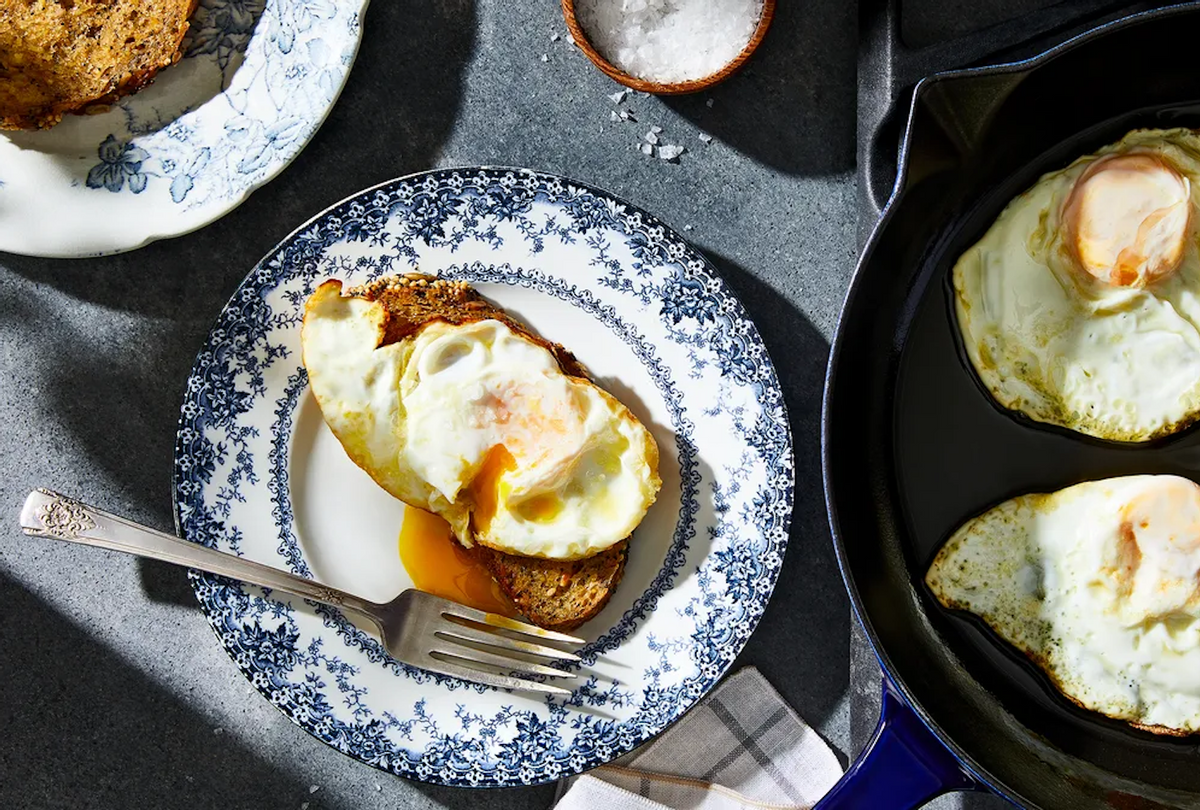 Sixteen years and seven homes in, my husband Mike's fried eggs are a constant in our life — even, and especially, when life gets harder.

They were just as good on the twitchy gas burner in our fourth-floor walk-up apartment (our first, and highest, in Brooklyn) as they've been on all of the surprisingly aggressive electric stoves we've inherited since, from New York to California.

His eggs morph to fill out any half-formed meal idea or jumble of leftovers to become breakfast, lunch, and, most often, very late-night dinner. I've dissected what I think makes them so good to so many friends that eventually they became Mike's Famous Fried Eggs. And if I were still cooking the way I cooked when Mike and I started dating, I might never have tasted them at all.

Because when I met Mike, I wanted to cook everything the best possible way (maybe some of you can relate): I was so eager to get better, so proud when I figured out a new trick, and so, apparently, unwilling to change course once I did, that I got fidgety as soon as I saw the meal starting to diverge from my plan.

It was usually an internal struggle, but in one especially low moment during a BLT phase, I watched Mike put the bacon into the skillet without cutting it in half first — my favorite way to rotate the strips so the edges wouldn't burn before the middles crisped. So I found myself pulling the already-melting pieces of bacon out of the pan, cleaving them in half, and then slipping them back in. And then realizing uh oh — I . . . need to back off.

Because my cooking education up to that point had been more influenced by French traditions than I realized, I had internalized the notion that eggs should be cooked gently and never browned — though even then the idea of there being only one way didn't sound quite right, given all the other fried eggs I'd grown up eating. And Mike was about to cook them very, very differently.

He started heating the pan on high and wandered away. Smoke curled. He poured a stunning amount of oil into the pan. The eggs billowed and crisped at the edges, but instead of going tough like the cooking manuals had warned, they stayed impossibly tender within.

Mike by no means invented crispy, lacy-edged fried eggs, which are cooked and appreciated by people around the world. But ever since Mike's eggs taught me to question the rules I'd been taught, I've loved learning about the differences in how his tend to come out, like little flying saucers, compared to ones gorgeously puffed and almost deep-fried, Thai-style; and the effects that different moves like flipping vs. basting vs. nudging can have.

But still, why share a recipe that's already common and well-loved in so many food cultures? Because I hope that no matter what you've been taught, you might take a step back, watch other people cook, and reconsider what you think a dish has to be, just like I did. And I hope, no matter how you like to fry eggs, that you might try Mike's. I think you'll be really happy you did.