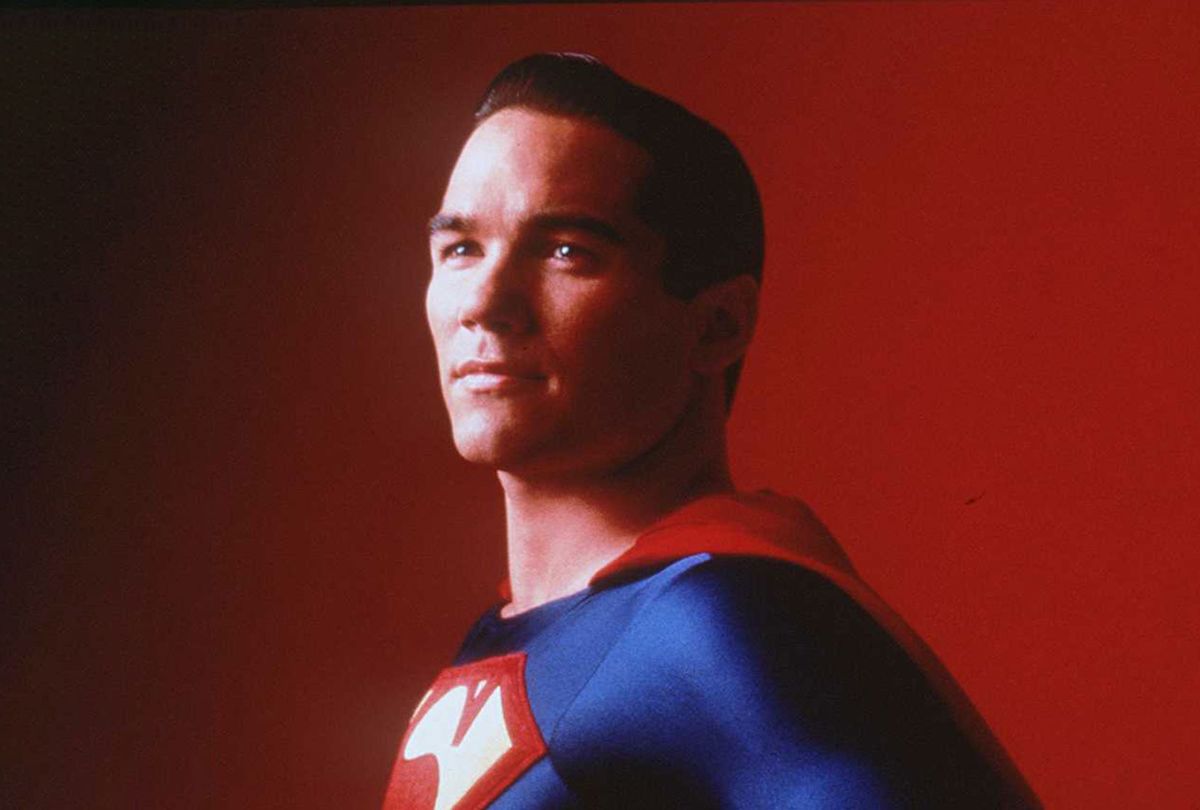 The new Superman of DC Comics is now openly bisexual, reports CNN, and naturally, Dean Cain, the exclusive arbiter of all things bold and brave, has thoughts.

In a recent segment on "Fox & Friends," Cain, who played Superman in the '90s show "Lois & Clark: The New Adventures of Superman," sounded off on a fictional 17-year-old comic book character's sexuality.

Interesting that Cain references the harrowing experiences of LGBTQ folks in a country like Iran, when he just as easily could have cited Texas and other states in their war to stop trans kids from playing sports. In any case, what Cain and other conservatives are predictably up in arms about — this week, of course — is the remarkably modern story of Jon Kent, son of Clark Kent and Lois Lane, who will be coming out as bisexual in the Nov. 9 issue of DC Comics' "Superman: Son of Kal-El" series.

Since the series' release over the summer, Jon has confronted a variety of uniquely modern crises, and is emerging as a uniquely modern hero, now with the added dimension of his bisexuality. He's fought climate change-induced wildfires, stopped a school shooting, and even protested the deportation of refugees. DC Comics also recently changed Superman's 83-year-old slogan, "Truth, Justice and the American Way," to "Truth, Justice and a Better Tomorrow." As you might have guessed, conservatives are having a perfectly normal reaction to this change.

"Why don't they have him fight the injustices that created the refugees whose deportation he's protesting?" Cain asked. "That would be brave. I'd read that. Or fighting for the rights of women to attend school and have the ability to work and live, and boys not to be raped by men under the new warm and fuzzy Taliban — that would be brave. There's real evil in this world today, real corruption and government overreach, plenty of things to fight against. Human trafficking — real and actual slavery going on  . . .  It'd be great to tackle those issues."

As Superman writer Tom Taylor has pointed out, all of these suggested plot points by Cain have either already been told in recent "Superman: Son of Kal-El" issues, or will be very soon.

In "Son of Kal-El #4," Jon Kent rescues a boat full of refugees, and later, is willingly arrested with them along with other activists protesting the U.S. government's decision to deport them. As for the many other issues Cain raises of human trafficking and the erosion of women's rights in other parts of the world, Superman could very well face these challenges in future issues. Also, there's no reason to go elsewhere to find these problems; he could very well face them right here in the U.S.

Among the other reasons Cain decried Jon Kent's bisexuality as not "bold or brave," he cites a number of other superheroes who have come out as LGBTQ – like Robin as bisexual, a new gay Captain America, and Alex Danvers, Supergirl, as gay, too. Of course, coming out in a heteronormative society will never not be brave, no matter how many people come out before you. And while all of these aforementioned queer superheroes are an important step in the right direction, onscreen representation of queer superheroes remains minimal or nonexistent.

Marvel Studios' "Eternals" will feature the MCU's first ever gay superhero next month. In the Disney+ series "Loki," Loki came out as bi and gender fluid, but his queer identity played little to no role in the series' plotline.

Whatever Dean Cain and his friends at Fox might think of Jon Kent's story, its undeniably more modern and relatable to most readers — and especially young readers — today. And it's certainly a fresher, more fun story than that of Cain's Superman.