"It was as if I had become an avatar for everything they hated about the president," McCain said of her co-hosts 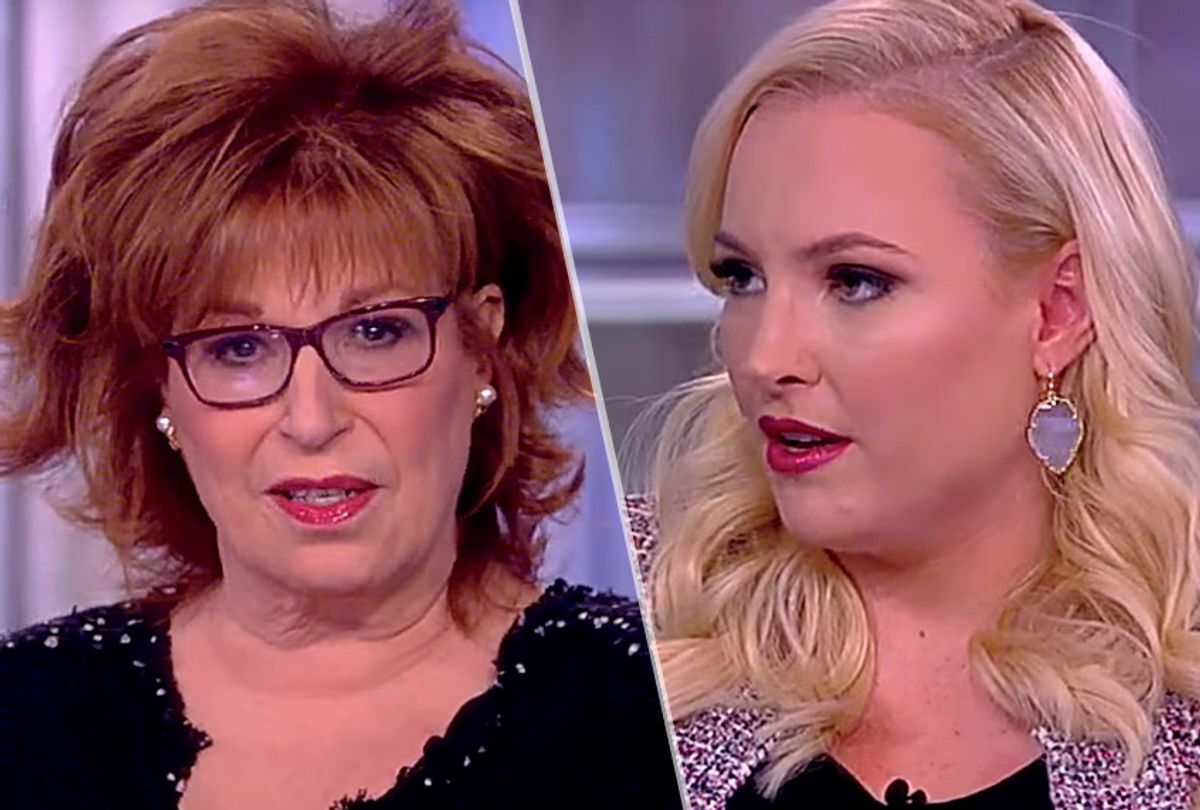 Joy Behar and Megan McCain on "The View" (YouTube/The View)
--

In her new book, Meghan McCain attributes her July resignation from the "The View" to the show's "f**ked up culture," alleging that she was repeatedly met with "toxic, direct and purposeful hostility" from her liberal co-hosts.

In the forthcoming tell-all book, excerpted by Variety, McCain, the show's self-described "resident conservative," reveals that she'd been in talks with producers about stepping down "for weeks" and that she "had to get out" when things came to a head. The daughter of the late Republican Sen. John McCain first joined "The View" back in October 2017 after leaving her post as co-host of the Fox News daytime talk show "Outnumbered." Upon joining, McCain wrote in her book, she felt safe in the hands of her liberal co-host and an entertainment powerhouse, Whoopi Goldberg.

"She had made a promise to my father that she would look after me, and she kept her word for the first two years that I was on the show," the conservative commentator said of Goldberg. However, as time wore on, Goldberg allegedly began to show "open disdain" for McCain.

"The thing about Whoopi, though, is that she yields so much power in culture and television, and once she turns on you, it can create unfathomable tension at the table," the conservative said, citing two instances in which Goldberg "harshly" cut her off during live segments.

McCain also turned her attention toward Joy Behar, another one of her former co-hosts on "The View," claiming that she had an exchange with Behar that brought her to her breaking point. The back-and-forth came in January, just after McCain came back from maternity leave and had experienced a long stretch of "severe" postpartum anxiety.

During a squabble over the Democratic Party, Meghan joked, "Joy, you missed me so much when I was on maternity leave! You missed fighting with me!"

McCain wrote that she "felt like" she'd "been slapped" following the exchange, after which she broke into "uncontrollable sobbing" during a commercial break.

"If you guys didn't want me to come back, I wouldn't have come back!" she later told an ABC producer. Mccain insisted that Behar apologize, but her co-host apparently refused. "I never talked to Joy one on one again after that day," McCain wrote in her book.

Despite all of the storm and stress, McCain maintained that she's "not mad about what happened to me" at The View, but added "there are some things about the show that feel stuck in 1997 when The View first went on air. In this era of dismantling toxic work environments and refusing to accept the poor treatment of employees, how is The View still immune?"